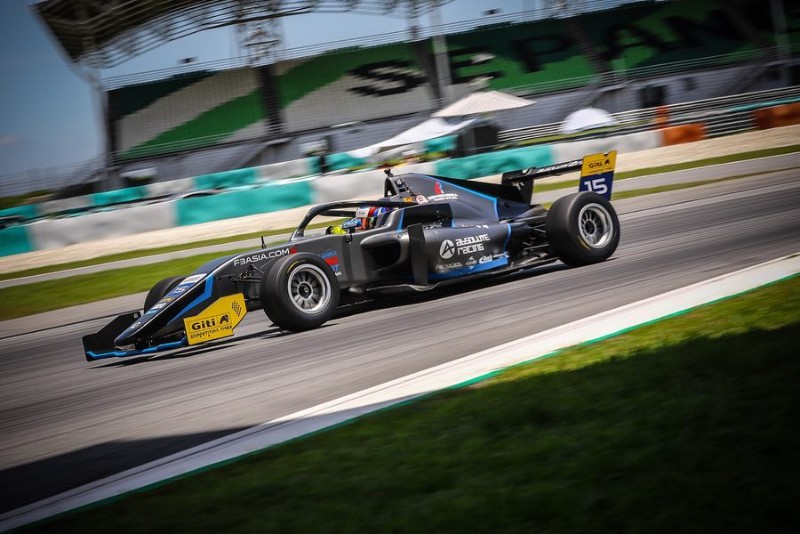 Formula Regional Asia Series, previously known as Asian Formula Renault, could race this year after all after a month ago it looked like the season would be cancelled entirely.

The series ran for FR2.0 cars from 2000 to 2019, and last year planned to switch to Regional Formula 3 cars and adopt the Formula Renault Asiacup name. All but one round was cancelled due to the pandemic, although there was little pick-up of the new chassis anyway by local teams, and the season finale was lost to customs restrictions.

In December a six-round 2021 calendar and a rebranding to FRAS was announced, to be in line with its Renault-powered Regional F3 counterpart in Europe. The pre-existing Alfa Romeo-powered Asian F3 championship [pictured above], now based in the United Arab Emirates, is the only FIA Regional F3 series to have a contract to use the F3 name for the future.

FRAS’s calendar was not communicated to teams in time for round one, and the next two events were called off as China suspended motorsport following an extreme sports disaster. The round at Sepang on August 14/15 was also known to be off.

“We are expecting to start now something in September, and I hope soon we will be able to announce the arrival of the new Formula Alpine as well in Asia,” he said. “To replace the FR2.0 Asia we had previously.”

Nogier added that Renault in Europe was “working on it” with FRAS promoter Formula Racing Development to make sure a second season in a row wasn’t lost entirely.

“We’ve always been linked with FRD in Asia. The situation in Asia is very, very complicated, but I can say we are working on a project to carry on what we did with FRD for 20 years. It’s a Renault project with them.

The September 17/18 weekend could be the starting point of an on-track return, although Malaysia’s strict travel restrictions may put pay to that, and Formula 4 South East Asia has already said it won’t be racing there until October.

That could leave what was planned to be the season finale at Zhuhai on December 4/5 as the most likely location of a racing weekend this year, were the cars to at least have been seen in the hands of teams by September.

Previous plans had included attracting Asian F3 squads and swapping their cars’ engines for the duration of the FRAS season, while Tatuus’s latest orders on the continent have been for the planned Formula Regional India.