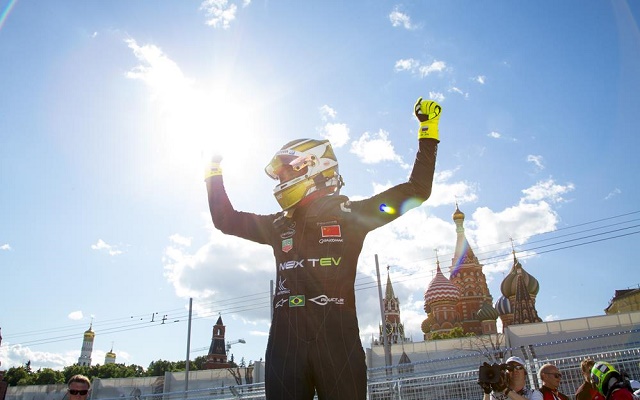 Piquet, a former F1 racer and the current Formula E championship leader, will sub for Max Chilton, who is away racing in the Le Mans 24 Hours.

“I?m really looking forward to my Indy Lights debut with Carlin,” the Brazilian said. “I?ve been competing in a broad range of racing over the past few years and this will be another new experience for me.”

“I love open-wheel racing but haven?t yet tried it in a U.S.-based series, so Toronto is going to be interesting. I can?t wait to get in the car and see what we can do.”

Piquet will team up with regular Ed Jones, who won the three opening races of the season and currently sits second in the standings.

“In Max?s absence we wanted another strong driver to help push the team forward,” Trevor Carlin said on Piquet’s signing. “We know that despite having no experience of the Indy Lights car, Nelson will push to the maximum from the start and that?s what we?re looking for this weekend.”

“We?ve known Nelson since racing against him when he became British F3 Champion in 2004 and have seen many times since then his outright pace. ?He?s shown in Formula E he?s a master of street circuits and I?m excited to see what he and Ed can achieve together this weekend.”