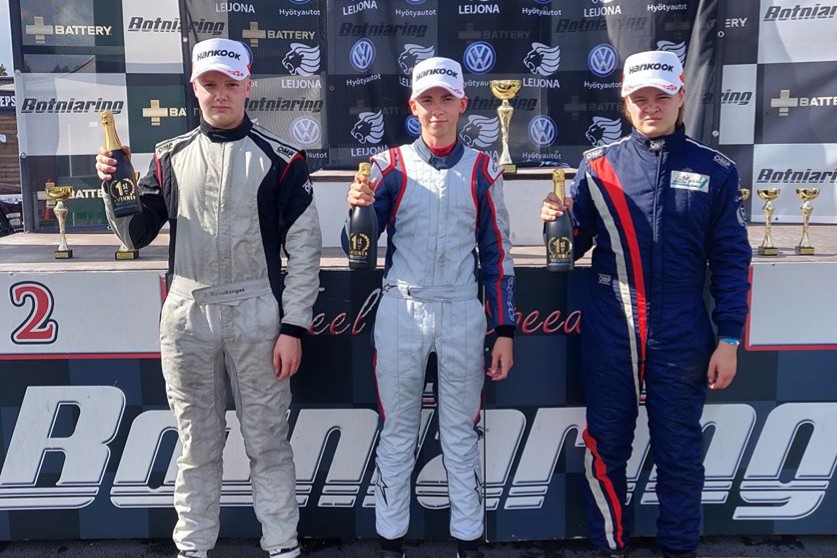 The shortened 2020 Formula Academy Finland season got underway at Botniaring with two races as part of the Formula Open Finland bill.

As a result of the coronavirus pandemic, Finland’s most prominent junior single-seater series has been reduced to just two rounds for this year and been incorporated into the Formula Libre-style Formula Open Finland series.

The championship has raced with FOpen Finland in the past, meaning it’s not unusual for its Formula 1 hopefuls in Formula 4 cars to be racing against drivers in old Formula 3 or Formula Ford machinery.

Reigning Rotax Max Challenge Grand Finals Senior classification winner Axel Saarniala was the star of the five-strong FAcademy contingent, starting the weekend by qualifying third overall behind only two of the F3 cars.

The third of those F3 cars was quick to pass Saarniala, but the highly rated karting graduate was way ahead of his closest F4 rival Jussi Kuivakangas – who won Finland’s KZ2 shifter kart championship in 2018 – and claimed victory by over six seconds.

Series returnee Nestori Virtala was a distant third, a result he repeated in race two during an even more dominant display by Saarniala.

Having made in onto the overall FOpen podium in race one, Saarniala got to start from third again in race two and held onto the position for a little longer at the beginning of the race.

He ended up being shuffled down the order, but the gap to his F4 rivals was massive and he finished with almost 20 seconds in hand over Kuivakangas.