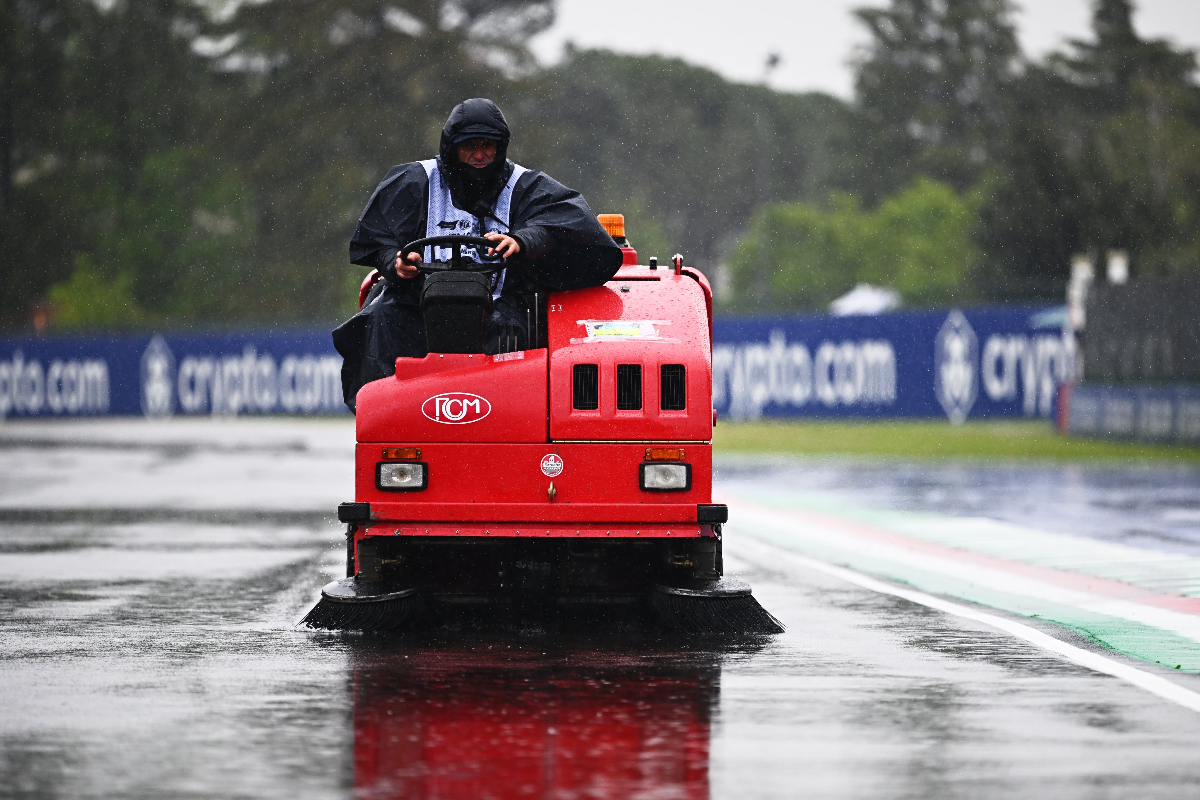 Formula 2 and FIA Formula 3’s Friday timetable at Imola has been overhauled after F2 free practice was postponed due to a waterlogged circuit.

Torrential rain that occurred overnight left the Italian track submerged, and conditions did not improve mid-morning when F3 took to the track for practice and displaced water as numerous drivers went off and aquaplaned and red flags were often out.

Following that, the 45-minute F2 practice was delayed by about 20 minutes as the course car and track cleaning vehicles completed a lap to check conditions. It was deemed unsuitable for racing cars, and practice was officially postponed.

Finding a space on the timetable has been tricky as this weekend’s Emilia-Romagna Grand Prix includes a sprint race for Formula 1 on Saturday in addition to the support series action that also includes the Porsche Supercup.

The revised timetable will now have F2 practice take place at 3pm local time, when F3 qualifying was supposed to take place, and will be reduced from 45 minutes to 30. This means it will take place after F1’s FP1.

Qualifying for F3 moves into the 3:55pm slot that F2 qualifying originally held, and will last for 30 minutes, then F2 will be the penultimate track action of the day – with its qualifying taking place in between F1 qualifying and Porsche Supercip practice at 6:30pm local time.

Saturday and Sunday’s schedules remain unchanged, although there may be further interruption if the weather continues to be poor.

Ahead of the weekend, Carlin’s Logan Sargeant spoke to selected media about how the expected rain would affect preparation for a circuit that hasn’t been raced on by F2 or its predecessors since 2011.

“From my side, I’m just trying to stay ready for whatever condition that may be,” Sargeant said. “It’s looking a bit up and down at the moment. But yeah, we’ve prepped for both wet and dry and we have to be proactive and take what comes to us.”