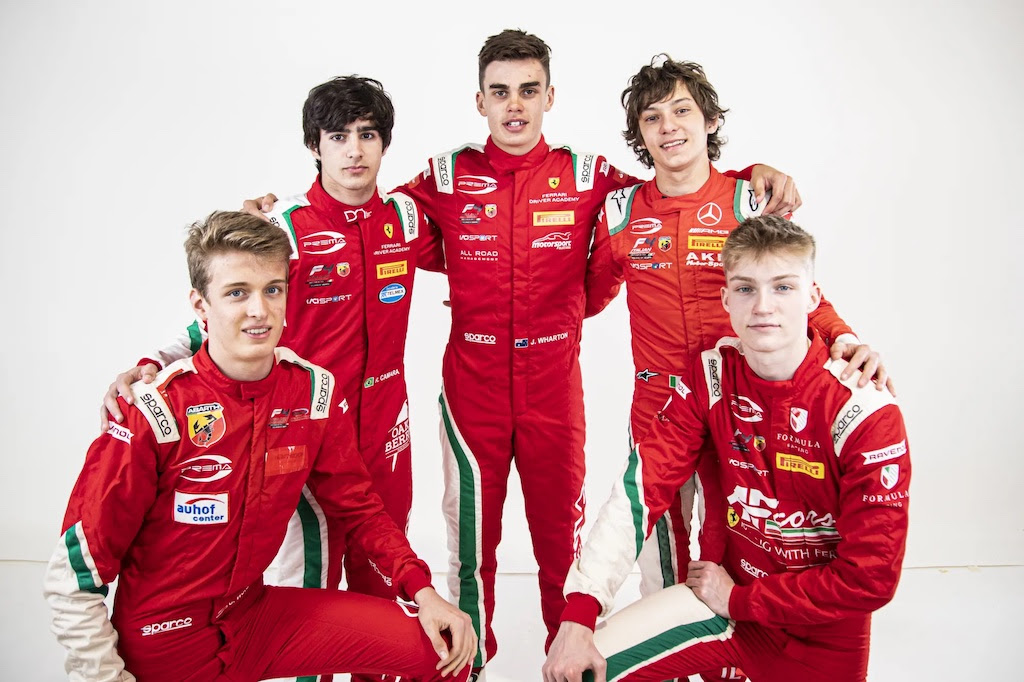 Prema took a clean sweep of the top five positions in Friday’s free practice for the opening round of the ADAC Formula 4 season at Spa-Francorchamps.

Andrea Kimi Antonelli led the way in both 30-minute sessions, setting the fastest time of the day, a 2m22.434s, in the second session.

Antonelli’s best lap was 0.367 seconds faster than team-mate Rafael Camara, who was second both times and was just 0.031s up on Charlie Wurz.

The second session featured limited running in the first 12 minutes, with Marcus Amand setting the initial pace in his first competitive outing with US Racing.

Once on track, the Prema runners quickly established themselves at the front of the order, with Camara, Antonelli and then Wurz each taking a turn at the top of the timing screen with ten 10 remaining.

Antonelli was fastest in sectors two and three to a then post a benchmark which proved unbeatable in the final minutes.

The top three mirrored the positions from the slightly slower FP1. Antonelli again came out on top with a fastest lap of 2m22.930s, just 0.023s ahead of Camara.

Giving notice of his later improvement, Antonelli had been on course to improve his best with his final lap of the session. He had been 0.226s up on his own benchmark after two sectors before aborting the lap and returning to the pits.

PHM Racing’s Taylor Barnard was the fastest non-Prema driver in FP1 in fourth place. He was also first of the leading runners not to improve in the afternoon, and ended practice seventh overall.

His team-mate Nikita Bedrin was only 13th fastest after struggling to get a quick lap together in either session.

Chris Rosenkranz, making his debut for BWR Motorsport, brought out FP1’s only red flag following an incident at Raidillon. As a result, he took no further part in FP1 but was back on track for FP2, although he was the slowest of the 21 runners.