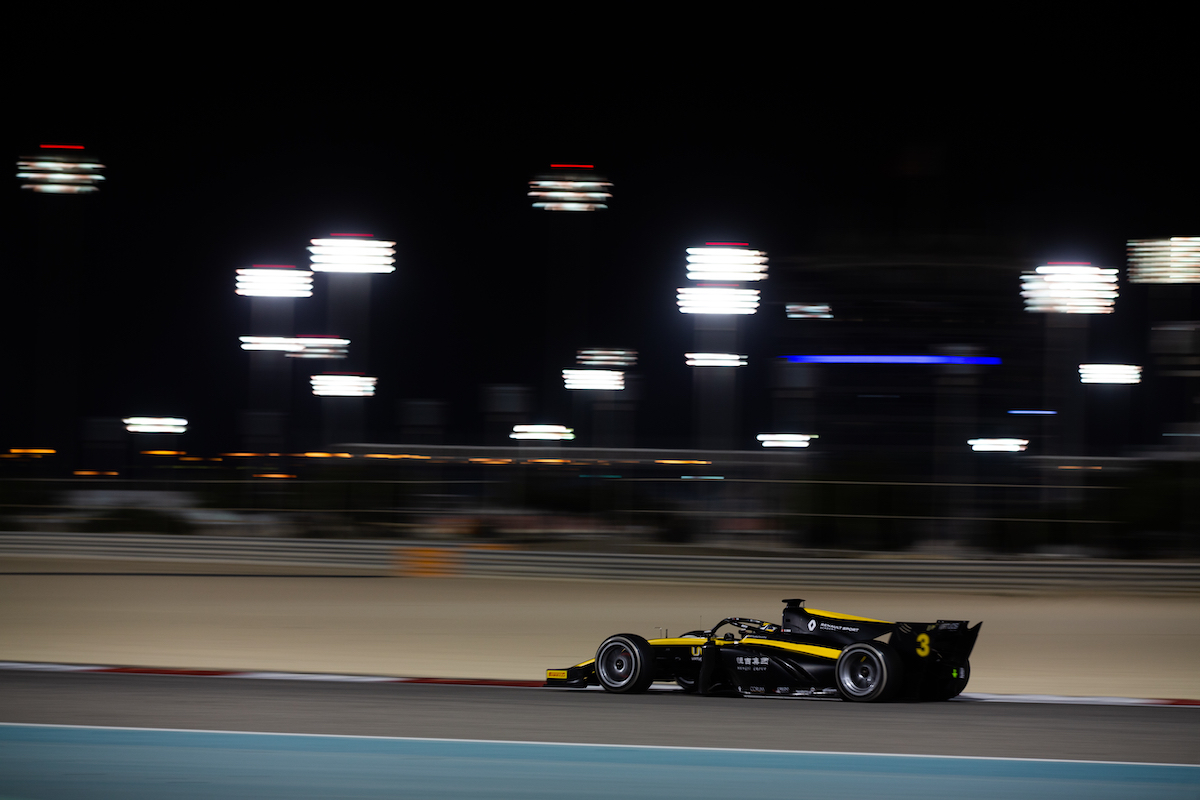 The final round of the 2020 Formula 2 season will take place on an alternative ‘oval-like’ outer circuit in Bahrain in December later this year.

Earlier this week, it was announced that the belated 2020 F2 season would end with a Formula 1 double-header at the Bahrain International Circuit with the layouts still to be determined.

It has now been confirmed that the second of those two events at Bahrain will take place on the circuit’s ‘outer track’ – previously dubbed an ‘almost oval’ by Formula 1 managing director of motorsport Ross Brawn.

The circuit runs the first four corners of the traditional Bahrain circuit and then diverts left instead of right after the exit of Turn 4 into a short series of sweeping corners.

It then rejoins the track on the exit of the traditional Turn 13 onto the back straight that runs to the final Turn 14/15 right-hander that leads onto the start/finish straight.

The Bahrain circuit also has a flat oval layout that connects the pit straight and the drag strip behind the main paddock, but this is not what will be used.

The exact DRS zones are yet to be determined, but it’s likely that three DRS zones will be in place on the circuit’s three sizeable straights than flow into one another.

It will eclipse the Red Bull Ring as the shortest track on the 2020 F2 calendar with lap times estimated to be well under 70 seconds in qualifying.

The first Bahrain round on the original Bahrain International Circuit will take place on November 27-29 with the season finale taking place on December 4-6.

The traditional post-season F2 test will also take place in Bahrain at a yet-to-be-confirmed date following that finale. The layout that will be used for that test is also yet be confirmed.

Meanwhile, the 2020 FIA Formula 3 season will end as planned on September 13 at Mugello.