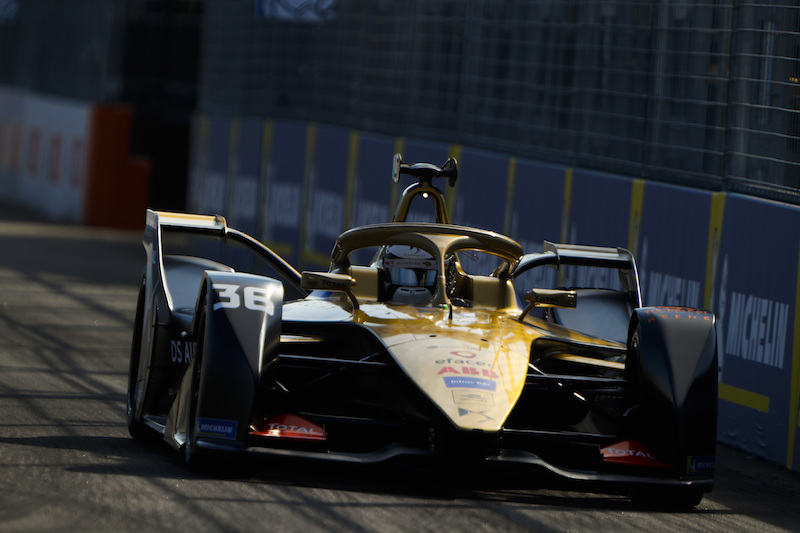 This has left one of the most valuable seats in motorsport available for the 2019-20 season.?Racing in the all-electric championship is regarded by even seasoned pros as one of the hardest tasks in motorsport, with some drivers even citing it to be a different discipline entirely compared to other single-seater categories. This hasn’t stopped the likes of Daniel Abt, Sam Bird, Felix Rosenqvist and Mitch Evans making stars of themselves after failing to reach Formula 1.

Being a rookie in the championship is even harder though, and with FE heading into its second season using its Gen2 chassis, every bit of experience will count when partnered alongside two-time champion Jean-Eric Vergne. Proven FE winners may well be top of Techeetah’s shopping list, but here are five young drivers it might want to consider.

Driving for the strongest team in Formula 2 this year, Luca Ghiotto is only third in the standings, and has had as many pointless races as podium finishes with Virtuosi Racing. He’s not on any F1 teams’ books, and FE would provide a perfect career move.

Low on budget but high on talent, the Italian has constantly been plagued by poor luck during his career despite being a Pau Grand Prix winner and nearly beating Esteban Ocon to the 2015 GP3 title. Like Alexander Albon, a FE deal could be the saving point of his career.

Ghiotto undersells his own ability, but is by no means lacking in confidence, and as a characteristic this may be useful when partnered against the reformed but also characterful Jean-Eric Vergne.

The Chinese-owned Techeetah team is about more than just its two-time champion Vergne though, and sporting director Pedro de la Rosa (who could do a half-decent job in the car himself) would be sure to get the most out of Ghiotto.

In his career so far Ghiotto has got to terms with new machinery quickly, but then failed to make that count in the standings. The random element of FE may mask such a deficiency, but it’s clear the 24-year-old would have to work hard to match Lotterer’s title-winning input.

Virtuosi was formed from the disbanded Super Nova team, which ran Trulli GP in the inaugural FE season – a would-be source of valuable knowledge for Ghiotto.

His tally of two wins in 90 races in FIA European Formula 3 isn’t a glowing reference to his ability, but it’s since moving to F2 this year that he’s made heads turn.

Being alongside the experienced Ghiotto at Virtuosi has helped Zhou’s transition to F1’s primary feeder series, but results don’t write themselves and he has taken four podium finishes this season.

At Silverstone he also took his first pole position, his sixth in five years of car racing, and under the new stewardship of the Renault Sport Academy he is on a ever-improving trajectory.

Although Renault is a direct rival of Techeetah’s powertrain supplier DS, the SECA – China Media Capital ownership would be thrilled to have a Chinese driver in their car, especially if he was in a winning position. The firm already has a close relationship with Zhou, and he previously held a reserve driver role at Techeetah.

FE itself would gain from Zhou being on the grid, especially as Jaguar failed to utilise its half-Chinese reserve driver Ho-Pin Tung when replacing 2014-15 champion Nelson Piquet Jr., and that the series will once again be racing in the country next season.

One Formula 2 test with Arden at Abu Dhabi last year is all that 21-year-old Thomas Laurent can point to as single-seater experience, but the fact that F2 test did happen is reason enough to keep him in consideration for a FE seat.

The World Endurance Championship race-winner is a rising star in motorsport, and was recently hired by the Toyota LMP1 team to be its reserve driver for the next WEC season. He’s been contracted to race in the secondary LMP2 class too with former single-seater outfit Signatech Alpine, where he will immediately be one of the title favourites.

Although FE and WEC currently have multiple calendar clashes, an issue many believe to be a ploy to make drivers to commit to one series or the other, there is already a strong history of sportscar stars making the transition to FE.

The most obvious of these is Lotterer, who initially struggled but was utilised by Techeetah so effectively that he became one of the leading drivers in the championship by his second season.

Laurent’s youth means he has far greater room to adapt and improve, and most telling that even before his F2 test a single-seater programme for 2019-20 was under consideration.

Red Bull may have lost faith in Dan Ticktum after his underwhelming start to the 2019 Super Formula season, but they famously did the same to a Mr Vergne and he went on to win two FE titles.

Vergne admits that he was on “a road down to hell” when he was dropped by Red Bull, and rebuilding his career in FE proved crucial not only to restoring his reputation but his own happiness.

Ticktum’s current shellshocked state needn’t be lengthened, and you can imagine being alongside Vergne may be just the solution he need to restore the Macau Grand Prix-dominating level of performance he’s clearly capable of.

His Super Formula struggles are a major question mark, but the unique challenges FE poses means a lack of results in Japan has no bearing on how he would perform.

The two biggest weapons in Ticktum’s arsenal are also ideally suited for FE. His street circuit prowess is already proven, and his highly rated F1 simulator work would translate well to a championship where time on the sim is even more important.

Dragon’s mid-season decision to replace Maximilian Gunther in his rookie FE season with former F1 driver Felipe Nasr proved massively unpopular, and when the German returned to his seat he promptly put the car in the top five on two occasions.

The team had only had a better result once in the previous two seasons, and as a result Gunther has become hot property in FE.

Gunther earned his first FE chance after finishing 14th in F2 last year, where he took one win with the struggling Arden squad. That followed three seasons in European F3 where he never quite managed to win the title, but as often in his career it was a case of being in the right place at the wrong time.

Joining a team on top of its game that is led, but not dominated, by its lead driver should help Gunther improve on his already impressive form. He likely won’t be cowed by being team-mate to the reigning champion, as he was paired against the similarly large personality of Jose Maria Lopez last season and firmly beat him.