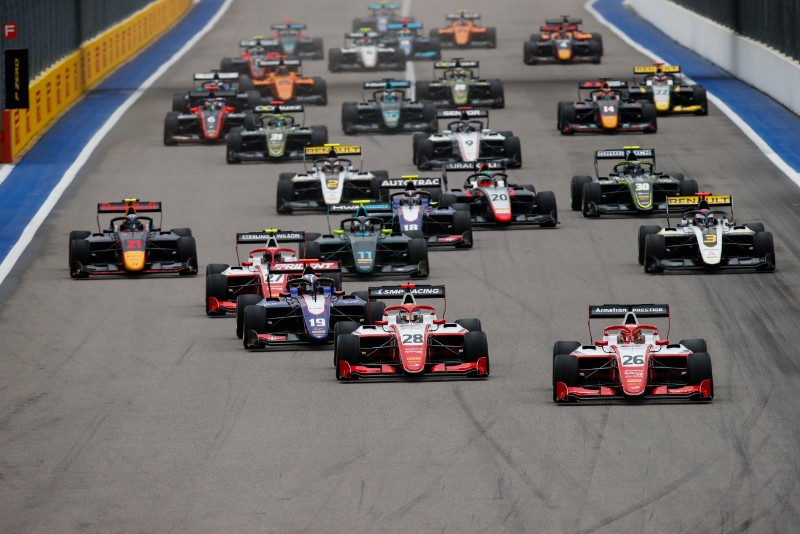 At the start of the 2019 FIA Formula 3 Championship season, Formula Scout began its summary of the events of round one with this statement:

If it wasn’t going to convince the Formula 3 purists at round one, then the FIA F3 Championship had to prove it was least as entertaining on its debut at Barcelona last weekend.

Seven rounds later, we return to the above quote and other ideas discussed in the feature at the time, and assess what can be taken from the inaugural year of Formula 1’s newest support series.

A 16-race season, spread across eight rounds, was plenty enough for the teams involved and their workforces this year, but was shorter than what’s usually seen at this level of racing.

GP3 – the preceding series in the F1 support paddock – predominantly stuck to 18 races in the last half-decade, while FIA European F3 ran to 30 races over 10 weekends.

The latter benefitted from considerably more track time as a result of not being squeezed into F1’s timetable, and neither had to squeeze 30 drivers in week-in, week-out. 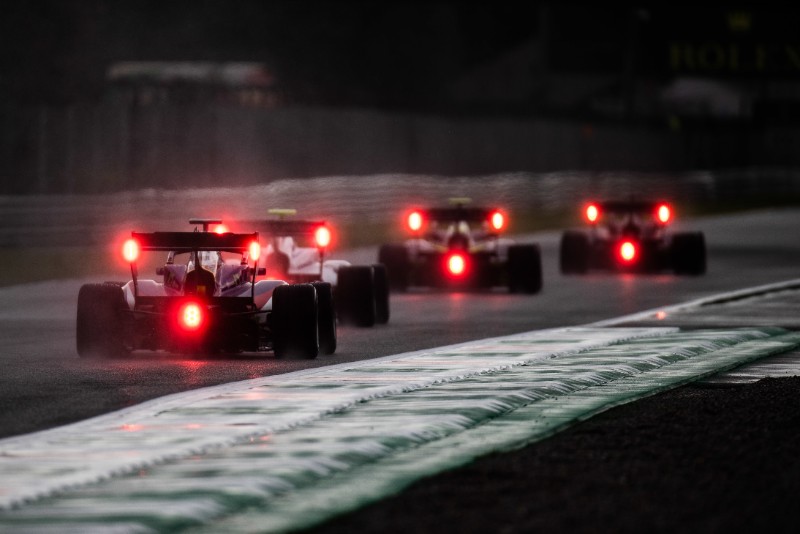 Qualifying at Monza highlighted a problem associated with the number of cars, with the pursuit of a tow resulting in many drivers going excessively slow down the straight leading to Curva Parabolica and forcing the stewards to red flag the session.

Many of those who had deliberately bunched up were handed grid penalties, which reflected more badly on the championship than it may usually have done after the events a week previous at Spa-Francorchamps.

While the 16 races did provide a proper title fight narrative between the trio of Prema drivers – and in the season’s second half it was just the Prema drivers – the series would have made a larger impact in its first year had it ran for longer. The number of races has been increased for next year to 18, achieved through an earlier start in Bahrain rather than prolonging the calendar beyond Sochi.

One huge strength for FIA F3 is it gets live television time during F1 weekends, on F1-focused channels, and the longer it was intrinsically attached to the F1 circus, the longer it would stay in people’s minds. For example, when the F1 title is wrapped up prior to the Abu Dhabi season finale, there can be an increased focus on the races in Formula 2, and previously GP3.

Running later into the year, when nearly all other championships have concluded, lends extra focus too. The fact that this year’s Macau Grand Prix, in mid-November, was run as a non-championship FIA F3 round made up for the early end to the season, though, and seemed to attract a good deal of attention despite clashing with the Brazilian GP weekend, aided no doubt by free live streaming.

Celebrating FIA F3’s TV treatment can only be written at the same time as criticising it, in the UK at least, as there were multiple occasions in 2019 where the races were broadcast on a delay while non-racing content was shown in its place, with no alternative on offer. Not helpful for journalists, but not great for fans either. 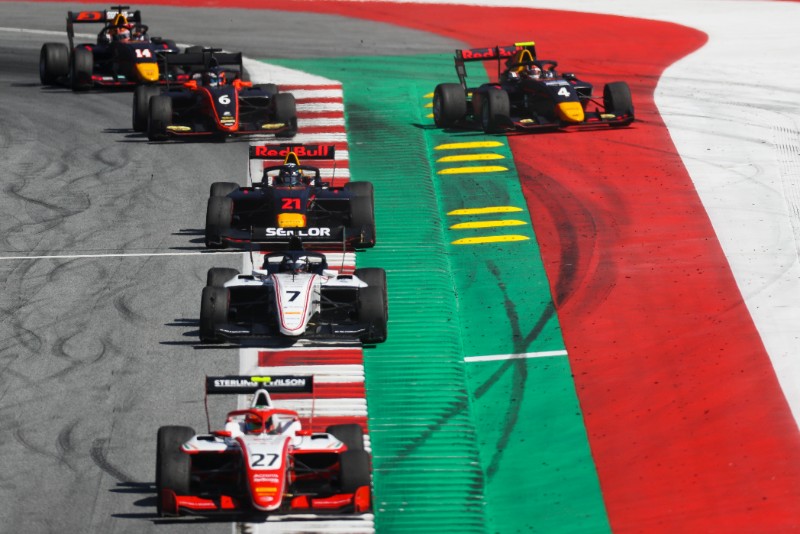 While Formula 2 has shown for the last two years that high-downforce cars can produce great racing, GP3 rarely shared the same level of on-track excitement. Given the new Dallara F3 2019 car, with increased aerodynamics, would likely be more prone to overtaking difficulties than its predecessor, a decision was made pre-season to drop restrictions on usage of the rear wing-based Drag Reduction System.

The effectiveness of that move is difficult to judge, with a disparity in pace between the top two teams and the rest of the field, and the presence of 30 cars on track at once making jostles for position a less-than-simple arrangement.

One example would be Silverstone, where the racing was close but there was a tendency for drivers to go off-track during overtaking manoeuvres. Some of this was down to driver error, but overtaking often looked unlikely otherwise.

The two Silverstone races were entertaining, as was the lead battle in the second Red Bull Ring race. Marcus Armstrong had edged past Prema team-mate Robert Shwartzman into Turn 3 on the last lap, but contact was made between his right-rear tyre and Shwartzman’s front wing. Armstrong dropped to 19th, and Shwartzman lost victory to a penalty. Neither made a significant move to trigger the contact, showing how fine the margins are when attempting moves in the wide FIA F3 cars.

In the first Red Bull Ring race, both felt DRS stymied the racing. Armstrong had expected action “similar to the Indy 500” but remained locked in position, while Shwartzman described “a big [DRS] train and if somebody is not making mistakes, you can?t do much”.

“I?d much rather finish here than do some spectacular move and then shunt and not take any points,” was Armstrong’s prophetic final assessment of the race.

Prema was light on opposition 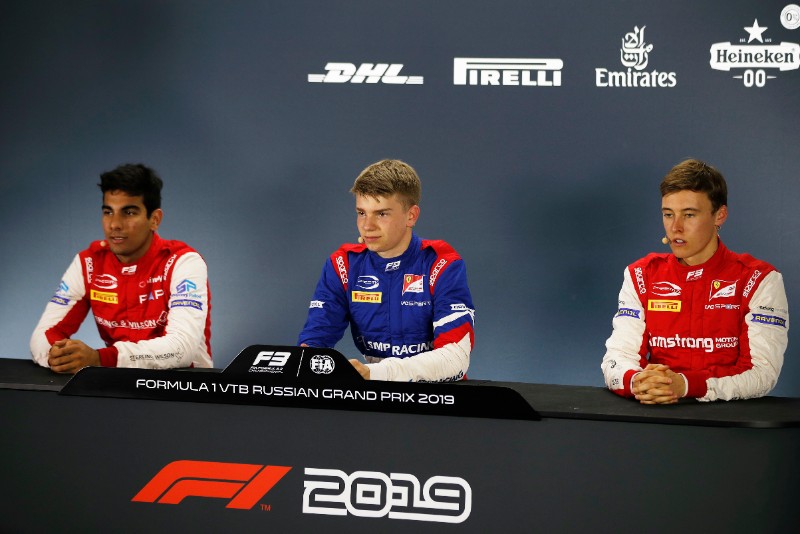 The combined points score of the three Prema drivers – Armstrong, Jehan Daruvala and Shwartzman – was just four short of the total of Hitech GP, ART Grand Prix and Trident, the teams immediately behind it in the standings.

This wasn’t just achieved through consistency while others got mired in the expansive midfield, as Prema picked up 24 of the 48 podium trophies available (for drivers), and half of the victories. In fact, the team went unbeaten for the first quarter of the season.

Of course, ART’s Christian Lundgaard would have been the winner of the inaugural race were it not for a virtual safety car infringement, but his team’s expansive GP3 experience ended up counting for little. He visited the podium once after Barcelona (his win in Hungary), and only scored in half of the races. His team-mates fared even worse.

Crucial to Prema’s dominance with the new car was to have three strong drivers each contributing reliable feedback. While Ferrari juniors Shwartzman and Armstrong were always expected to be contenders, it was former Force India junior Daruvala who initially led the charge, winning race two at Barcelona and race one at Paul Ricard.

Armstrong was a brutal receiver of bad luck – although it’s now a thread that’s also run through his recent FIA European F3 and Toyota Racing Series seasons – not finishing higher than third until the second Hungaroring race, being stripped of second place in race one at Monza and going pointless in race two, then responding to departing title contention by denying Shwartzman a home win on the last lap in Sochi and snatching the runner-up spot in the standings. 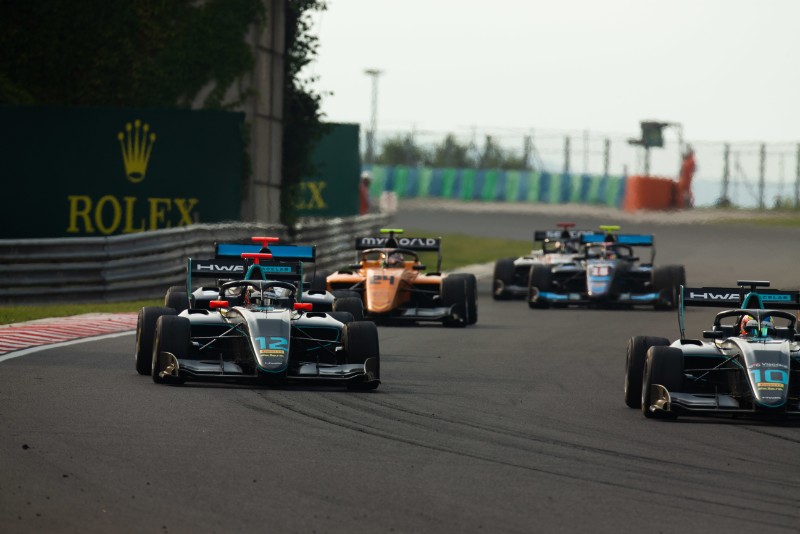 DTM behemoth HWA switched its focus to single-seaters this year, running in both Formula E and FIA F3. Experienced GP3 and F3 racer, as well as NIO FE tester, Jake Hughes was hired to lead the team’s line-up.

It unsurprisingly started off the pace at Barcelona, but like its FE operation it quickly gathered pace. On the team’s second attempt it took pole, and an inherited win for Hughes at the Red Bull Ring after Shwartzman’s penalty briefly made him a title outsider.

Were it not for a pointless Spa weekend, Hughes could have been fifth in the standings, the same position the team ended up.

As Hitech also showed, making sure you get the most out your less experienced drivers counted, and this is where HWA appeared to fall short.

Bent Viscaal, the 2018 Euroformula Open runner-up, was impressively quick at Barcelona and Paul Ricard and scored all 10 of his points in the first race in France. He only made the top 10 once after that, and if you took the top 10 in the standings out of the equation then he was actually further down the midfield fight than his points tally suggested.

As for European F3 convert Keyvan Andres, he was never a points threat and didn’t prove that he merited his place on the grid.

The hidden stars of the season 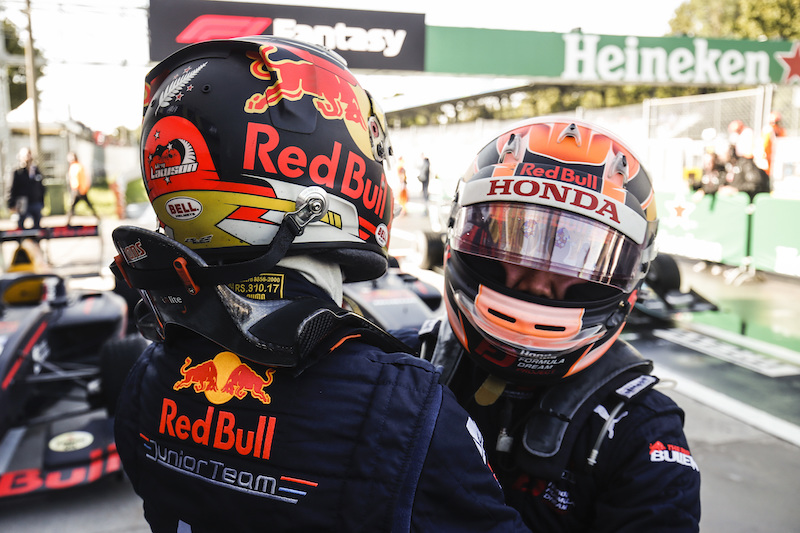 “Sauber Junior Team by Charouz, contesting its first season at this level, looked to be one of the weaker teams during testing and it continued this trend into Barcelona. It had one shining light though, and one making the biggest jump in machinery.”

That was what Formula Scout wrote post-Barcelona when identifying the stars of the midfield battle, and ADAC F4 champion Lirim Zendeli’s went on to score twice at the Red Bull Ring. But he was off the pace thereafter, got overtaken by team-mate Fabio Scherer in the standings and then withdrew during the final round.

Formula Scout’s ‘Class B’ calculations, removing the top 10 in the standings and redistributing points, had Zendeli recording a brilliant first half of the season where he was only outscored by ART’s David Beckmann, another to skip Sochi in difficult circumstances.

Winning the ‘Class B’ title was MP Motorsport’s Liam Lawson, who like Red Bull junior stablemate Yuki Tsunoda became far stronger in the FIA F3 in the second half of the season when their parallel EF Open campaigns weren’t preoccupying them. Jenzer Motorsport’s Tsunoda ended up ninth in the standings, sandwiched between pre-season title favourite Leonardo Pulcini (Hitech) and Formula Renault Eurocup champion Max Fewtrell (ART), and capped his season with a win over Lawson at Monza.

The positions immediately behind Lawson in the ‘Class B’ standings were filled by experienced and underperforming F3/GP3 regulars. In fifth and sixth were Carlin duo Felipe Drugovich and Logan Sargeant, separated by one point but scoring high despite their team’s struggle for pace. Some distance behind them were Zendeli, Viscaal and Hitech’s rookie Yifei Ye, who only registered his first overall point in the final race of the year.