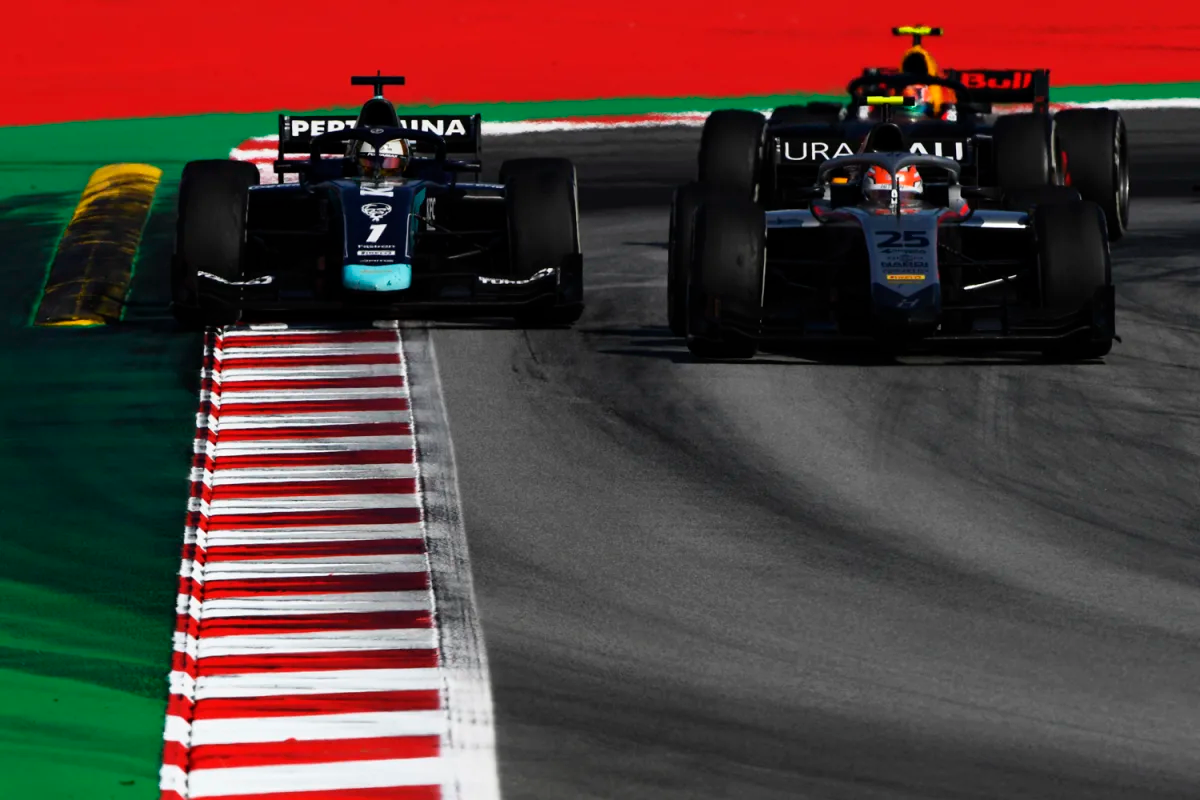 Formula 1’s race director Michael Masi has said the FIA will study the incident in the Formula 2 feature race at Barcelona that resulted in Sean Gelael breaking his back.

DAMS driver Gelael was battling with Campos Racing’s Jack Aitken on the final lap of the race when the pair touched and Gelael’s car was launched upwards.

It landed on one of the large sausage kerbs used at circuits to deter from track limits abuse in F1, and the hit Gelael took from the downwards impact broke one of his vertebrae. After bringing his car to a stop, Gelael required medical assistance for extraction and was then taken to hospital where he was diagnosed with a broken vertebra.

“They absolutely are fit for use, and safe from an FIA perspective,” Masi said about the sausage kerbs in an F1 media briefing.

“Safety is something we are continually evaluating, circuit design solutions and so forth, and this is no different to any other.

“We’ll have a look at the details of the incident, together with our safety department, gathering all the footage and all of the available data, and if there’s amendments required, then we’ll make those. It’s fullness of time, it’s not a knee-jerk reaction at all. Certainly something that we’re looking into, the causes of the true picture.

“I do a circuit inspection, a track condition report after every event. Recommendations are made for the following year’s event that you see through all the various circuit changes that occur year on year, some of which are quite public on television.”

Gelael, whose season has already been hampered by continuous mechanical unreliability, may miss the next round at Spa-Francorchamps on August 29/30 as he recovers from the injury.