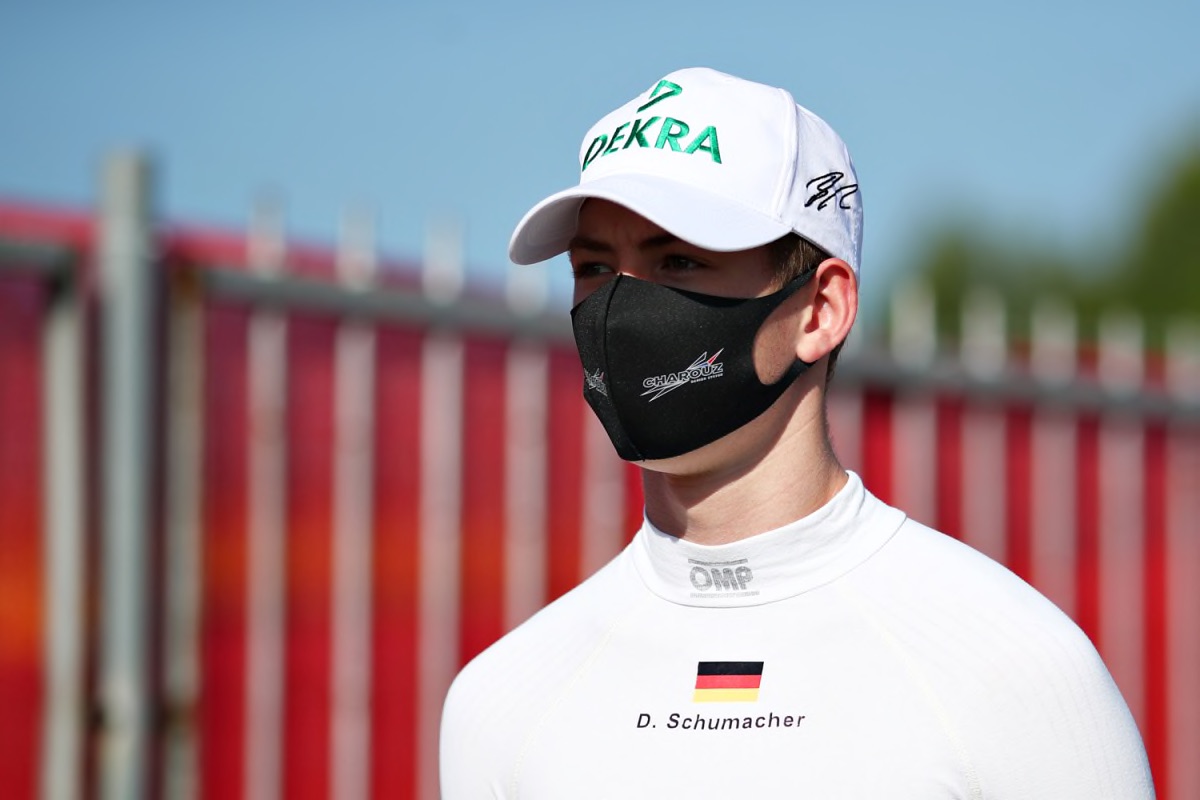 Schumacher – son of six-time grand prix winner Ralf – has endured a challenging season so far. The Charouz team he is with has scored just one point this season courtesy of Igor Fraga and languishes at the bottom of the teams’ championship.

Eighteen-year-old Schumacher has a best result of 12th position in the wet race one at the Styrian Grand Prix. He sits 23rd in the championship of the 32 drivers who have participated so far in 2020.

Posting on Instagram, Schumacher said: “A little update for all of you. We stopped for the rest of the season with Charouz Racing and will give you some big news soon.

“Thanks for the work and good partnership with the team.”

Schumacher is the second driver to split with an FIA F3 team since the season began, after Enaam Ahmed left his seat after the Hungarian round. Ben Barnicoat replaced Ahmed for the two Silverstone rounds while Leonardo Pulcini filled in at Barcelona, but no driver is signed for the rest of the season.

Charouz already made a change to its signed line-up on the eve of the season when Roman Stanek replaced former Red Bull junior Niko Kari.

No replacement has yet been touted for the third Charouz car alongside Fraga and Stanek for three remaining rounds at Spa-Francorchamps, Monza and Mugello.

It has been confirmed that Sophia Floersch will vacate her Campos Racing seat for the Spa weekend to make her LMP2 debut in the European Le Mans Series event at Paul Ricard with Richard Mille Racing in preparation for the Le Mans 24 Hours. Double Formula Renault Eurocup race-winner David Vidales is believed to be in contention for that seat.