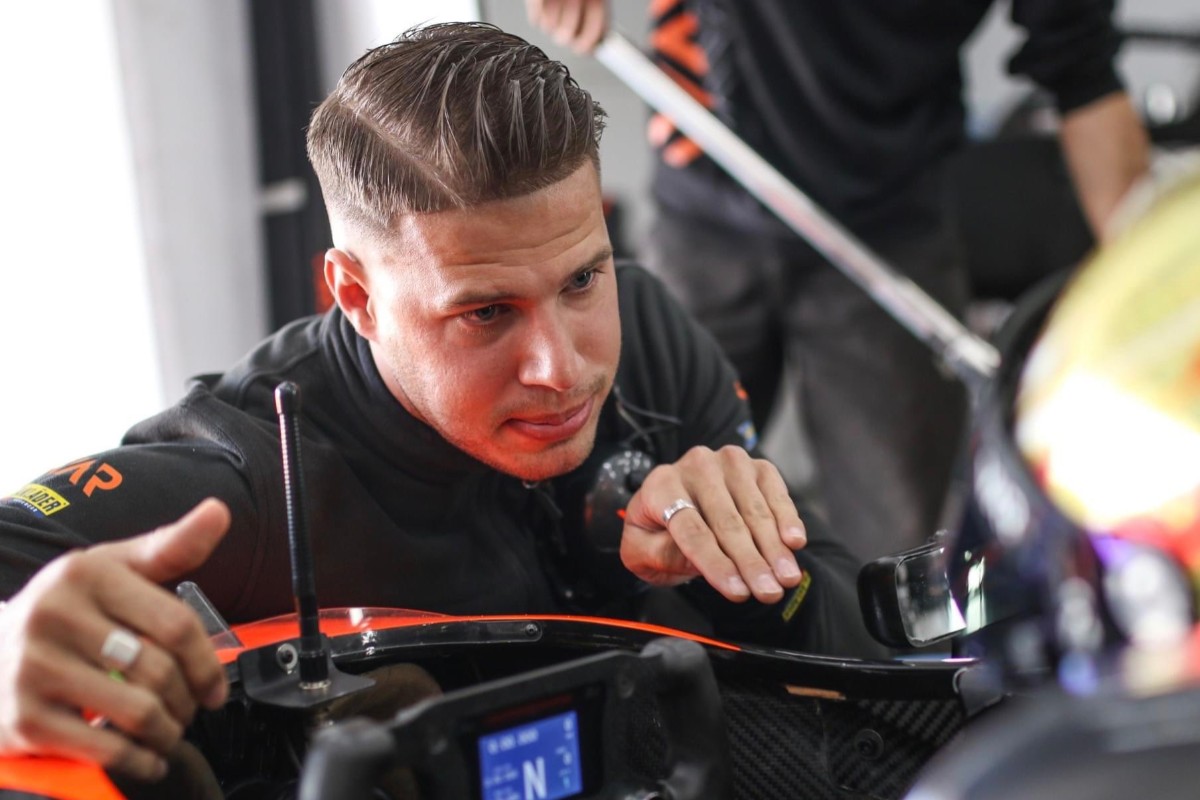 The 2013 GP3 Series runner-up Facu Regalia will make his return to single-seater racing after five years away when he joins the Formula Regional European Championship field this weekend at Paul Ricard.

Regalia will partner Pierre-Louis Chovet at Van Amersfoort Racing for the second round of the FREC season at Paul Ricard, after acting as the team’s driver coach previously.

Alessandro Famularo vacated the second VAR seat prior to the season-opener at Misano and Regalia took his car for the recent in-season test at the Red Bull Ring earlier this month.

Now 28, Regalia was beaten to the 2013 GP3 title by current AlphaTauri Formula 1 driver Daniil Kvyat, before stepping up to GP2 (now Formula 2) the following year with Hilmer Motorsport.

Regalia left the team after a woeful opening four rounds, where he retired from each of the four feature races and recorded a best finish of 17th in the sprint races.

He sat second in the Auto GP drivers’ championship in 2015 behind ex-Formula 1 driver Antonio Pizzonia before the series was axed after just two rounds of the season due to a dwindling entry list.

Argentine racer Regalia was also announced to race in both European Formula 3 and World Series Formula Renault 3.5 (for two different teams) that year, but he never competed in a race weekend in either series and hasn’t raced a single-seater since.

In recent years he has worked closely with VAR as a driver coach, initially in European F3 and then in FREC.

Ferrari junior Gianluca Petecof, who is attempting to piece together the budget to complete the FREC season, leads the drivers’ championship after the opening round.

Sean Gelael ruled out of F2 for six weeks by injury