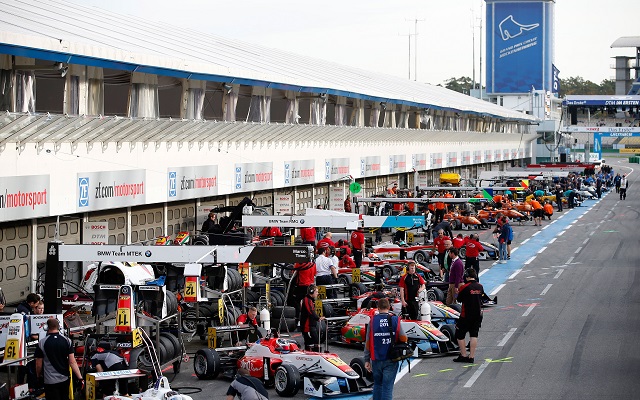 Following on from a successful first season, the FIA Formula 3 European Championship has announced an 11-round calendar for 2014, kicking off at Silverstone in April. The series schedule also includes the return of the Pau Grand Prix, as well as new circuits in the Hungaroring and Moscow Raceway.

The 33-race calendar will run in conjunction with seven DTM rounds, along with two further rounds with other FIA championships – the WTCC round at Spa-Francorchamps and the WEC round at Silverstone. A standalone event at the famous Italian circuit of Imola is scheduled for October 11-12.

The return of the Pau Grand Prix is a welcomed addition among the teams after the success of the event in 2012, which paired the British and European championships together. Along with the Macau Grand Prix and the Norisring, the Pau Grand Prix has become synonymous Formula 3 with past winners, including the likes of Formula One drivers Lewis Hamilton and Romain Grosjean, as well as this year?s European Formula 3 champion Raffaele Marciello.

?The calendar we have succeeded in putting together for 2014 will enable drivers to continue their apprenticeship of topflight racing at several leading Formula 1 circuits, as well as at two venues that have played an important part in the history of Formula 3,? said Gerhard Berger, President of the FIA?s Single-Seater Commission.

The addition of the new circuits means that the championship will not return to Brands Hatch, which had been dropped from the DTM calendar along with Zandvoort. The teams and drivers will still return to the latter during the Masters of Formula 3 event, scheduled for the first week of July. Also off the calendar was the round at Vallelunga, which was brought in as a replacement for Paul Ricard.

2014 also marks a change in the engine regulations of Formula 3 with the introduction of new-specification engines into the championship. Spike Goddard shook down the first of these new engines, this one having been made by British engine makers Neil Brown Engineering. The first Volkswagen produced engine was given its first test this week at Silverstone by Carlin with Tom Blomqvist and Jordan King getting the track time. The first of the Mercedes-Benz produced engines is expected to be unveiled in two weeks time during a private test in Valencia with Prema Powerteam and Mucke Motorsport set to share the duties.