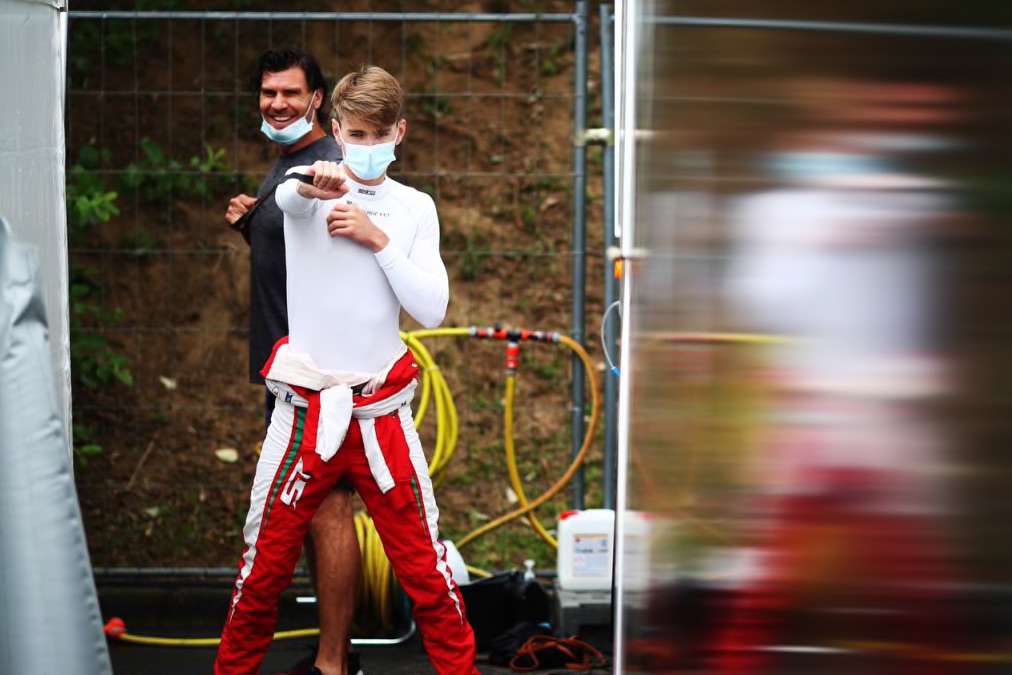 Logan Sargeant has secured a place in this week’s post-season Formula 2 test at Bahrain with Campos Racing.

The American had been quiet on his chances of driving in F2, but the 2020 FIA Formula 3 Championship title contender has struck a deal to drive one of Campos’s cars for all three days of the December 8-10 test.

Sargeant finished third in FIA F3 this year with two wins and three poles, finishing the season just four points shy of the title having gone into the race level with Prema team-mate and eventual champion Oscar Piastri.

All of the top F2 teams had already filled their seats for testing, and Formula Scout understands many have also committed to their 2021 signings already, almost leaving Sargeant without a place on the test entry list.

However he needed to travel to Bahrain for the FIA F3 prive-giving ceremony, and now has a deal to drive at the circuit too.

The format for testing has also been unveiled in full, with six hours of on-track action on each day, split into two three-houe sessions.

Sargeant’s FIA F3 rivals will also be in action at the test, with Piastri at Prema, Theo Pourchaire at ART Grand Prix, Clement Novalak at Trident and Virtuosi Racing, David Beckmann at Charouz Racing System, Matteo Nannini at HWA Racelab, Bent Viscaal at Trident and Liam Lawson at Hitech GP.

Some of those drivers are planning to race in F2 and F3 next year as the two series race on different weekends.