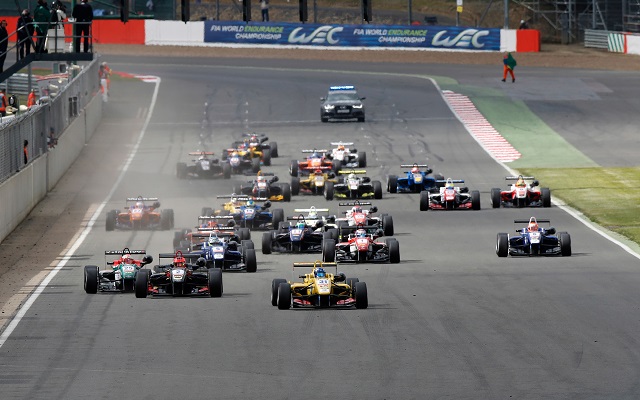 The official entry list of the 2015 FIA European F3 Championship has been released.

With 28 entries having already been announced, the entry list contains a further seven names.

Joining Mikkel Jensen and Michele Beretta will be American youngster Santino Ferrucci, who will start his first full-time season with seven weekends of experience from 2014.

17-year-old Maximilian Gunther will continue his collaboration with the team after two seasons in ADAC Formel Masters, both of which he finished second in the standings.

The fifth addition is Kang Ling, the 17-year-old Chinese driver, who will join the championship with eight races of F3 racing experience he collected last year in the German and British F3 series.

Another German outfit Motopark will also have five entries, with Nabil Jeffri rounding out their line-up.

Fortec will also increase the number of their cars from two to four as Pietro Fittipaldi and Matt Rao will be joined by the Chinese duo of British F3 champion Martin Cao and Peter Li, who also participated in the now-defunct national series.

The final and 35th addition to the grid is Julio Moreno, who will enter the series as a sole entry for ThreeBond with T-Sport.

Moreno will spend his debut season in F3 after two seasons in Formula Renault 2.0 NEC.

Although Artline Engineering, Jo Zeller Racing and ma-con all showed intention to take part in the championship, they are not present in the entry list.

?The Formula 3 European Championship is a great platform offering young, talented drivers the opportunity to put their skills to the test,” claimed Stefano Domenicali, the new president of the FIA Single Seater Commission.

“The foundational experiences they gain in F3 offer a great springboard for further motor sport success. Given the calibre of this year?s contestants, we are bound to see some great racing and this year?s teams and drivers will really have to prove themselves if they are to win the 2015 championship.?

Action will get underway on the 17-18 March in official pre-season testing at Valencia, before the season opener taking place on the 11-12 April at Silverstone.