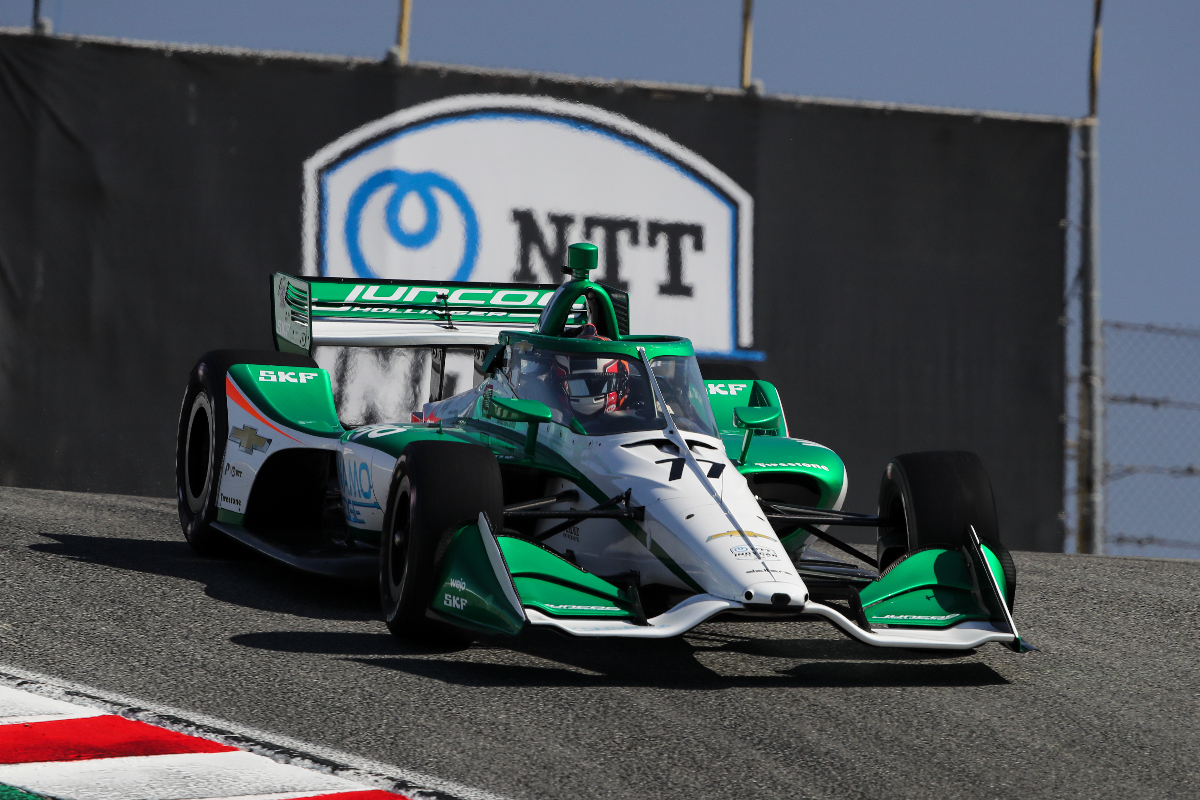 Ferrari junior Callum Ilott has secured a full-time IndyCar drive for 2022 with Juncos Hollinger Racing, the team he recently made his series debut with.

The team returned to the IndyCar grid for the final three races of 2021 ahead of a planned full-time campaign next year, and after putting Ilott in the car for those races they have decided he merits occupying the seat on a permanent basis.

Ilott’s IndyCar debut at Portland earlier this month ended in retirement, and he finished 22nd at Laguna Seca last weekend. His third and final race of 2021 is on the streets of Long Beach this Sunday.

“Coming into the final weekend of our three-race run on the West Coast, it’s great to announce that I will be continuing next year with Juncos Hollinger Racing for the 2022 IndyCar season,” said Ilott.

“Obviously, we have had a steep learning curve here the last few races to try to put everything together. We have had some real positives and know the things we need to work on.

“Knowing what Ricardo Juncos and Brad Hollinger have in place for next season and especially over the winter of what we can do in testing, I definitely feel we can put ourselves in a great position to start off the 2022 season strong.

“I look forward to continuing the work that we are doing and heading into the winter to start a new journey over here, and I would like to thank the Ferrari Driver Academy for allowing me to take this opportunity.”

He was also handed a sportscar seat in an Iron Lynx-run Ferrari 488 that has included the GT World Challenge Europe Endurance Cup and then the Le Mans 24 Hours in the GTE version of the car. The 22-year-old made the class podium at Le Mans, and is currently ninth in his GTWCE Endurance programme.