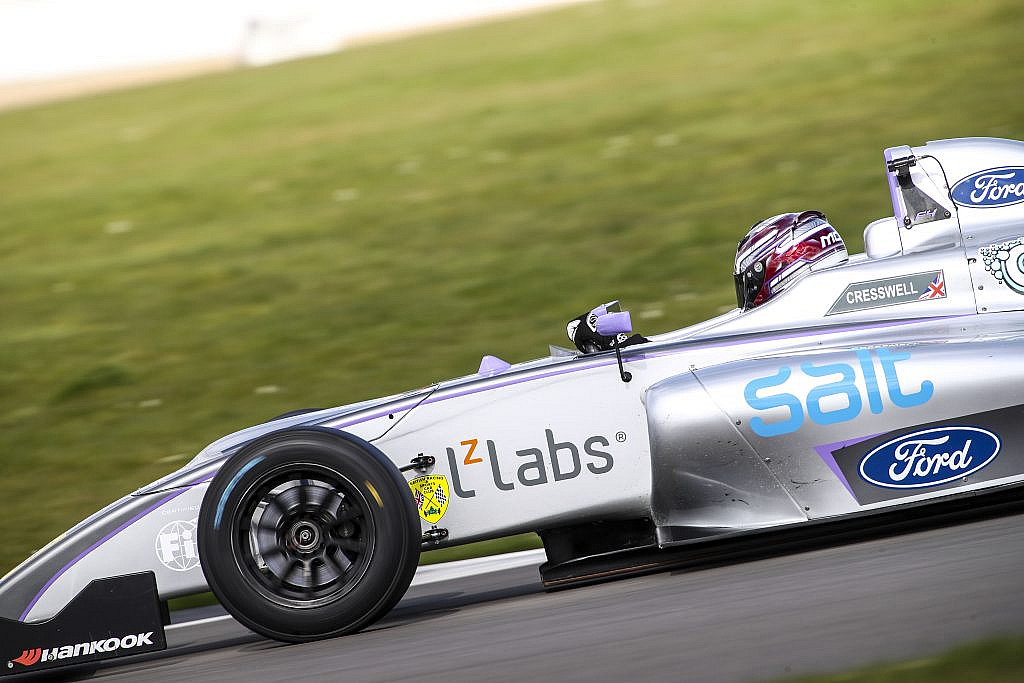 Every driver set their personal best in the first of two free practice sessions on the National layout, with Cresswell fastest overall by just 0.024 seconds.

Argenti Motorsport’s Aiden Neate got up to speed quickest in the morning, before being usurped by Arden’s Zak Taylor and Carlin’s Tasanapol Inthraphuvasak, but with just over half an hour of FP1 to go Cresswell went to the top and he mostly stayed there.

Improvements were by the hundredths of seconds rather than tenths due to the short circuit layout, but Cresswell was able to trim two tenths off his best to end the session on a 55.997s.

Neate did spend a little bit more time at the top before settling for second, a position he held onto ahead of Rees by dint of setting his 56.021s lap before Rees set the same.

Matias Zagazeta was also within a tenth of the pace in the second of Argenti’s cars, with all 17 cars on track covered by less than three quarters of a second.

Neate led the way in the slower second session, with Rees 0.042s back and Eduardo Coseteng – who was in first place for some time in his Argenti-run car – was 0.180s slower than Neate in third.

In both sessions there was not much to shout about for James Hedley, whose mid-season move to Carlin hasn’t resulted in him returning to the points lead he earned at the start of the year while at Fortec Motorsports.