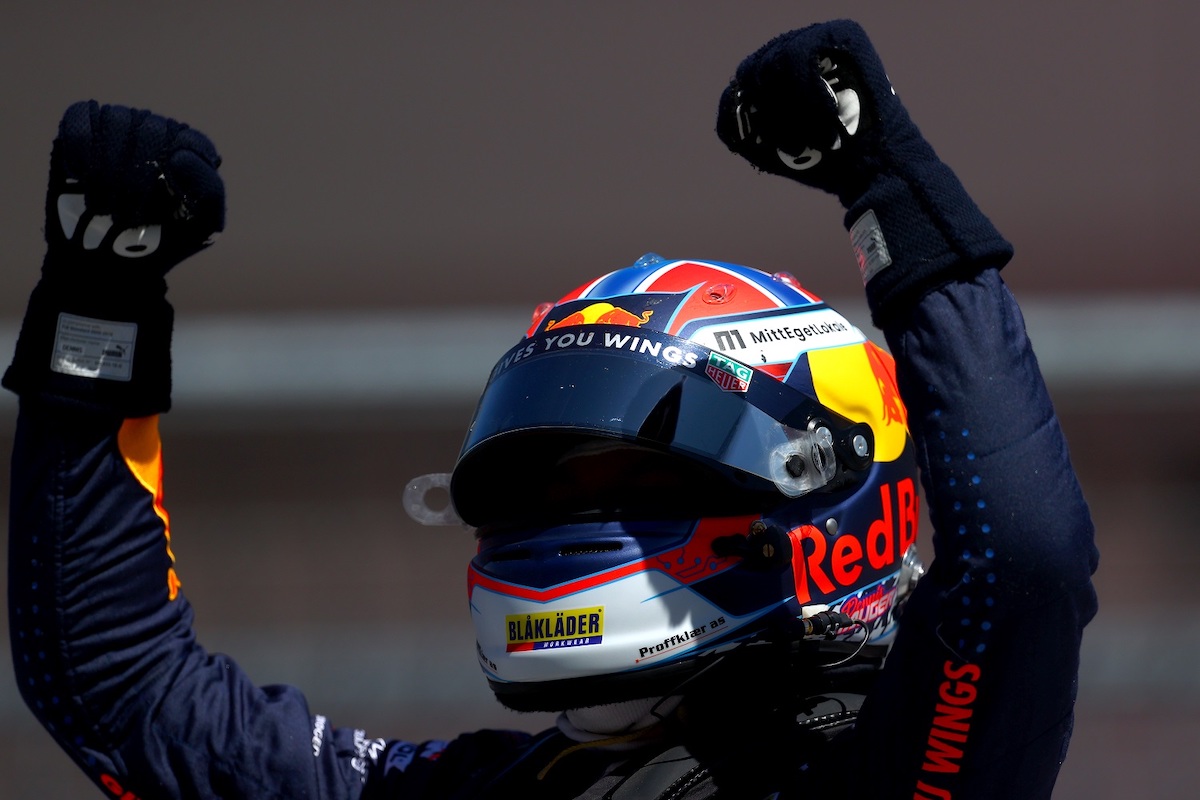 He held position at the start in the race brought forward due to poor weather expected on Saturday morning, before working his way past Hitech GP’s Jak Crawford on lap four of 20 to take a podium finish.

From there, he made a further position by taking polesitter Victor Martins in the middle of the race and clinched the title as Doohan failed to finish in the points.

Doohan was squeezed onto the sausage kerb at the tricky Turn 2 at the start and dropped down to 15th. From there he struggled for pace and had a wide moment early in the race to drop further down the order, before climbing back up to 15th.

At the front, Sargeant started second and battled past MP Motorsport’s Martins on the opening lap, getting by under braking from Turn 4. From there, a brilliant opening lap immediately put him out of DRS range, and he was able to control the gap from there, initially from Martins and then to Hauger.

While Hauger’s pace was initially good and generally stronger than that of Sargeant’s, he found himself pressured by the MP duo of Martins and Caio Collet for much of the race, until a brief virtual safety car for the third MP entry of Tijmen van der Helm suffered a spectacular engine failure. In the closing stages, he closed up to former Prema driver Sargeant but couldn’t quite get through.

They were all pursued by Trident’s Clement Novalak, who charged up the order and was the fastest car on the track in the latter stages and duly took fastest lap (and the points that come with it) from Hauger. He displaced Collet for fourth in the closing stages.

ART Grand Prix’s Juan Manuel Correa was ninth after losing out to team-mate Frederik Vesti on the last lap, while Hitech GP’s Ayumu Iwasa charged to 10th after passing his team-mate Jak Crawford on the last lap. He will start alongside Jenzer Motorsport’s Johnathan Hoggard at the front for race two.

The race ran without any safety car interventions, but there was a collision between HWA Racelab’s Oliver Rasmussen and Carlin’s Kaylen Frederick on the opening lap, taking the former out of the race.

In addition, Campos Racing’s Laszlo Toth retired from the race while Carlin’s Ido Cohen also had an issue and ART’s Alexander Smolyar lost a lot of ground after suffering a puncture early on. Charouz’s Zdenek Chovanek took a 10-second stop and go penalty for being out of position on the formation lap and not dropping to the back of the field.