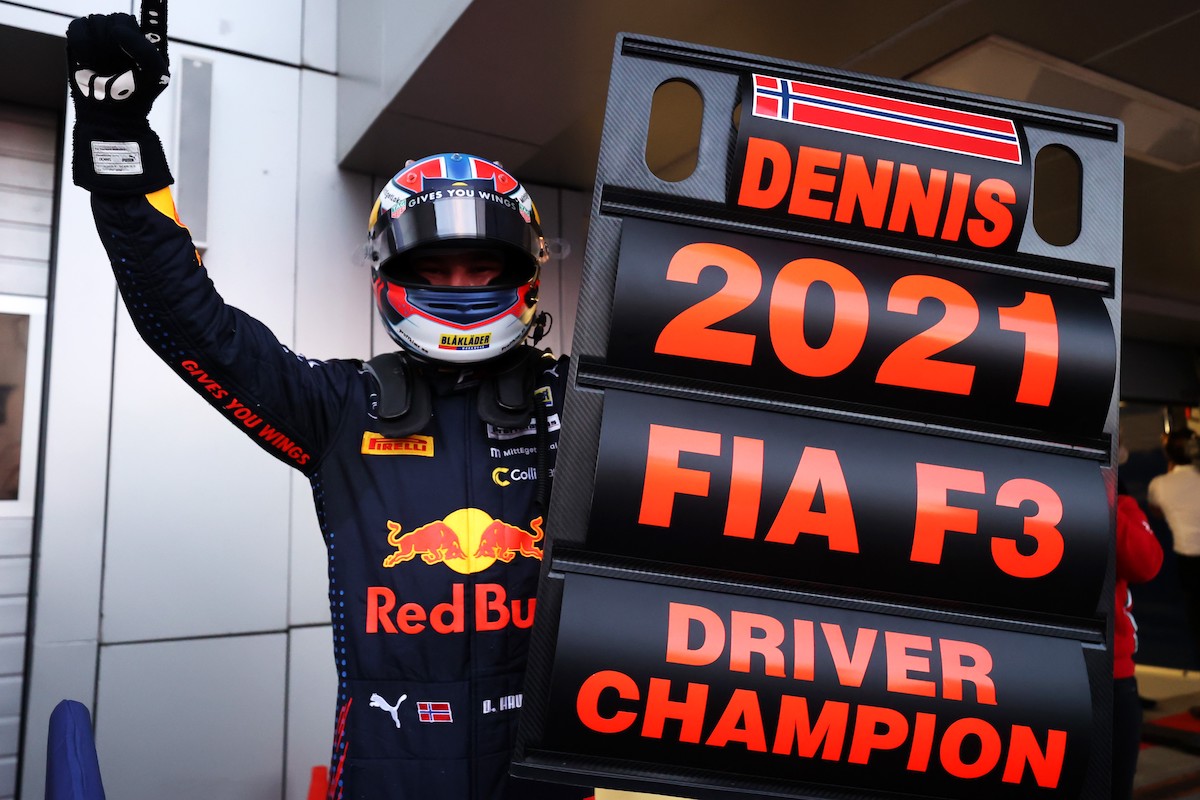 Newly-crowned FIA Formula 3 champion Dennis Hauger has revealed the mental struggles he faced during his difficult rookie season before he went on his title-winning campaign.

Hauger scored just 14 points in 2020, taking just one podium, while Hitech GP team-mate Liam Lawson fought for the championship until the final round of the season.

A switch to the dominant Prema Racing outfit – which has now taken every FIA F3 drivers’ crown since it joined in 2019 – allowed Hauger to come out on top in the 2021 championship, clinching the title with two races to spare.

In a special champion’s press conference after finishing second in race one at Sochi, Hauger was asked about whether he believed such a campaign was possible after the trials of 2020.

“As a driver you want to believe that,” he said. “I think one of the things I started questioning myself was ‘What’s happening? Am I good enough?’ last year.

“I think after testing with Prema, working with Prema, I really learned mentally that I never had to doubt myself, and going into this season, and in the end of 2020 that was definitely the goal and I knew that this was going to be an important year so I was putting all the effort into this season and I’m happy to end it on top.”

Hauger was also asked by Formula Scout about the differences between the two teams he’s raced with at this level.

“Obviously I’m not going to go into details, but I think it’s just the mindset around the car,” he said. “It’s the same chassis but there’s so much you can do setup-wise, so I think that’s the main difference.

“I could work with the team to find something that suits me, that I can find myself comfortable in and to push myself that little extra. And last year, I didn’t really get the help to get that confident with the car in terms of how the car was. So, it was obviously nice to get into this season comfortable with everything and push with the team to always maximise it.”

In the immediate aftermath of the race in Sochi, Red Bull confirmed that Hauger will step up to Formula 2 with its support next year, with a team still to be announced.

“He has had a great 2021 F3 season,” said Helmut Marko. “A mistake early on [at Barcelona] but otherwise he has been exceptional. He has shown great ability, he has the speed within him and he is very much going in the right direction.

“He will drive for us in Formula 2 in 2022 and there is only one step to make after that. It does require him to continue to improve very much in the same way that he has this season. He is not there yet.”