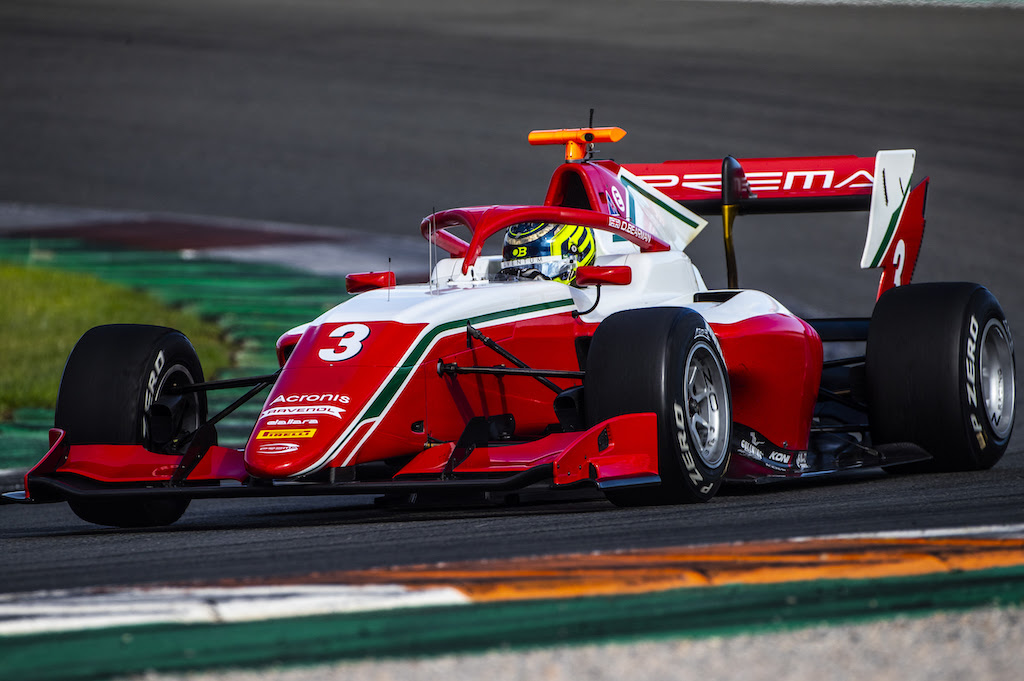 ADAC and Italian Formula 4 champion Ollie Bearman, recently signed to the Ferrari Driver Academy, will step up to the FIA Formula 3 Championship next year with Prema.

The 16-year-old will be going into his third year in single-seater racing, having raced in F4 since 2020. He drove for US Racing during his rookie campaign, picking up two wins, then moved to Van Amersfoort Racing this year.

Across the two championships he competed in he picked up 17 wins, 13 poles and 26 podiums in total, and also contested three rounds of GB3 (nee BRDC British F3) with Fortec Motorsports and claimed a win and two poles there as well.

“I’m really looking forward to stepping-up to FIA F3 with Prema, as my first official year being part of the Ferrari Driver Academy,” said Bearman. “We worked really well together in the post-season test at Valencia, and their results in previous years across everything which they do, speaks for itself. I can’t wait to get started in Bahrain!”

Last month he had his first running with Prema in the official post-season FIA F3 test at Valencia’s Ricardo Tormo circuit, and was then announced as a new member of the FDA after contesting its Scouting World Final at Maranello.

Since then he has been doing private testing in old GP3 cars with Prema alongside Red Bull junior Jak Crawford, who is set to be one of his team-mates in F3.

It is likely he will also get some running in Formula Regional machinery prior to the season opener at Bahrain next March.

“We are looking forward to working with Oliver in 2022,” Prema’s team principal Rene Rosin said.

“The results he achieved this year speak for themselves, and we have obviously been observing him as rivals. The step for him will be huge and particularly challenging, with a lot to learn, but we will do everything we can to help him maximise his potential and be competitive right from the start. It will be extremely interesting to see the season develop, and what we will be able to accomplish together.

Formula Scout understands Paul Beauvie, who was performance engineer for Robert Shwartzman in Formula 2 this year, will be Bearman’s race engineer.

Carlo Cristofori and Pedro Matos, who engineered Olli Caldwell and Dennis Hauger respectively in F3 this year, will move to other roles at Prema with Matos set to follow F3 champion Hauger up to F2 in his yet-to-be-announced seat at the team.