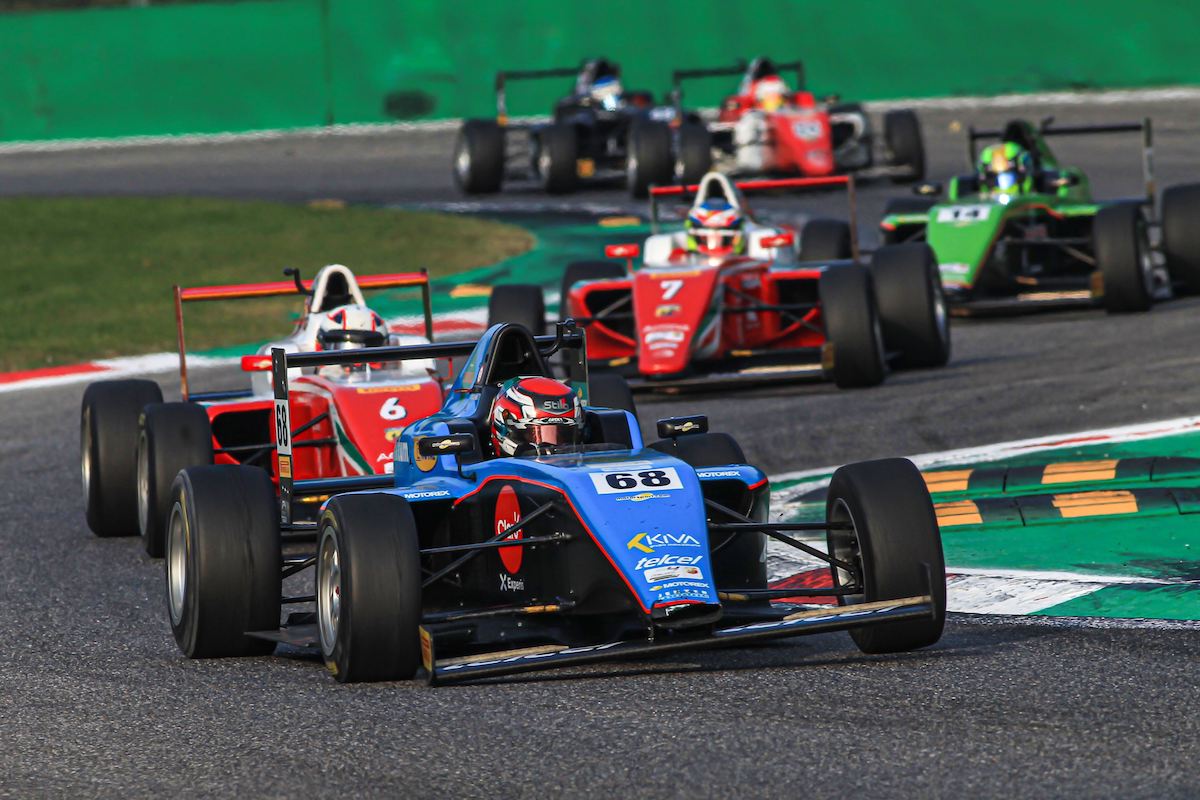 Ferrari will assess six young drivers at Maranello over the coming days in its first ‘scouting world final’ with a place in its driver academy up for grabs.

While Ferrari evaluating drivers for its academy at its Fiorano test track is nothing new – with the likes of Marcus Armstrong, Enzo Fittipaldi and Gianluca Petecof recruited this way in the past – this is the first time it will be done since new partnerships were formed this year to discover talent in the Latin American and Asian-Pacific regions.

Three of the six drivers have been selected from European karting: Nikita Bedrin, Charlie Wurz and Viktor Gustavsson. Bedrin and Wurz were among four drivers who participated in a training camp organised with ACI Sport and Tony Kart earlier this month.

Russian driver Bedrin, who will turn 15 years old in January, has previously been supported by SMP Racing – although he has not been wearing the program’s logos over recent months, when he won the WSK Super Masters Series and finished fourth in the FIA Karting European Championship, both in the senior OK class.

Wurz – whose 15th birthday comes in December and is the son of ex-Formula 1 driver Alex – has also competed in European OK karting this season and placed ninth in the recent WSK Euro Series.

Santiago Ramos has been selected from the Latin America region through the partnership with Escuderia Telmex. Ramos is already part of the Carlos Slim-backed programme, and last week scored two top-five finishes in Italian Formula 4 at Monza with Jenzer Motorsport. The Mexican missed the first three rounds of the season due to travel restrictions.

Australian karters James Wharton and Marcos Flack complete the six, having been chosen by new FDA partner Motorsport Australia from the Asia-Pacific region.

Wharton has been racing in international karting for several years, most recently finishing seventh in the WSK OK Euro Series, having fought for victory in the OK Junior world championship in 2019 before a mechanical issue. Flack also raced internationally at OK Junior level last season.

The drivers begin their assessments at Maranello on Wednesday afternoon, undergoing physical and mental evaluations before simulator sessions and the chance to drive an F4 car at Fiorano over the next five days.

“It’s great to be able to host our first FDA scouting world final at the end of a year rendered so complicated by the current pandemic,” said Ferrari’s sporting director and academy head Laurent Mekies.

“We would like to thank our scouting partners worldwide who made it happen and we are sure that this season marks the start of what will become a key event in the FDA scouting strategy.

“Now it’s time to turn our attention towards the group of youngsters that came here for this week of evaluation and we are all looking forward to seeing how they perform during our final.”