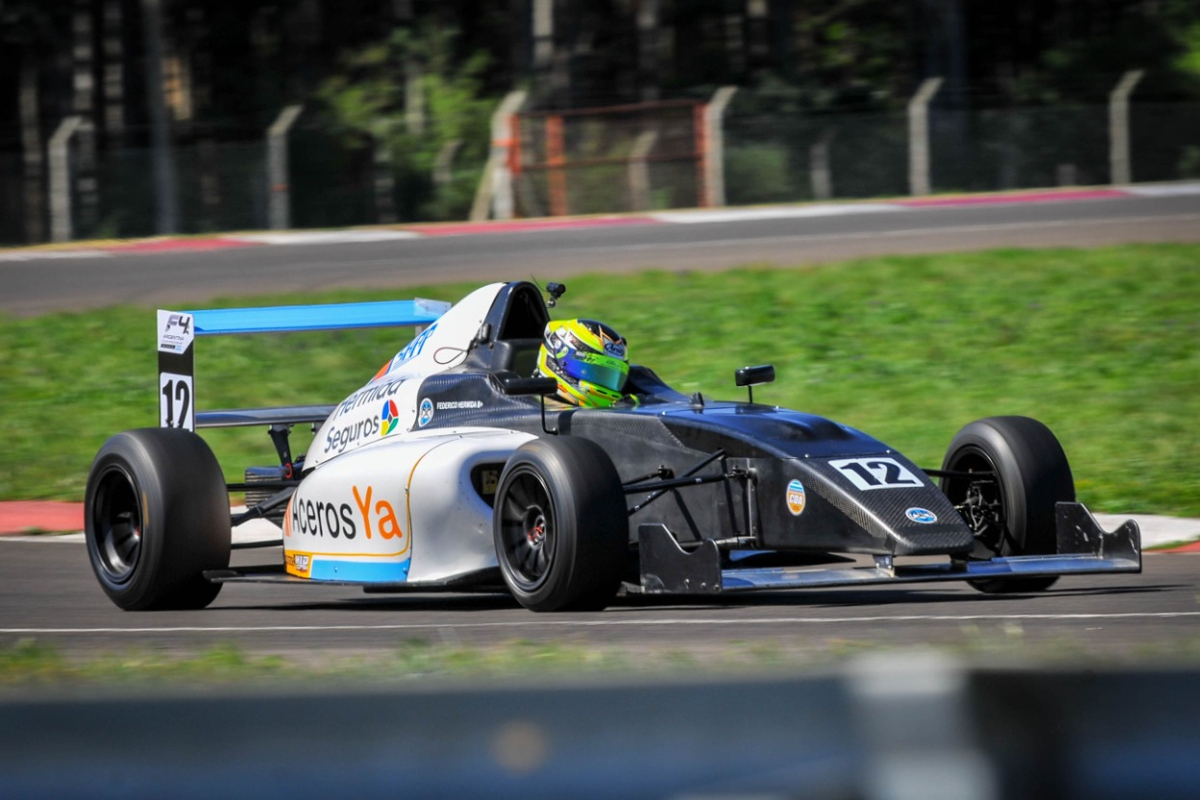 The season’s penultimate round had a third race added onto it following the cancellation of the planned Rosario double-header, which retained its status as round four. That means the season finale later this month will award double points.

Hermida led Pablo Collazo in free practice and Figgo Bessone in qualifying, with the first of his rivals earning fifth place on the grid for race one but then withdrawing from the weekend.

Formula 3 Metropolitana driver Tomas Pellandino missed qualifying but was able to make his debut, while Bautista Damiani became the eighth driver in the field although it is has not been confirmed if he was driving the same chassis that Collazo had driven through Friday’s action.

The gap between Hermida and the rest of the field was pretty substantial in qualifying, and that continued in race one where he streaked away to win by 6.154 seconds from Bessone.

Mateo Nunez challenged Bessone for second but couldn’t get past, and at the end almost lost third place to debuting Uruguayan karting graduate Joaquin Bonnet.

Propping up the order was Lucas Yerobi, a former single-seater driver but better known for being a winner in Argentinian touring cars over the past decade.

Taking fastest lap put Hermida on pole again for race two, and this time he won by 2.848s ahead of Bonnet.

Race three on Sunday was much the same, with Herminda leading from the front while Nunez won out in a huge battle for the runner-up spot. Pellandini pipped Bessone for third, with Bonnet trailing them both.

Hermida goes into the final triple-header comfortably ahead in the title race, and he’s also currently fourth in the F3 Metropolitana points.