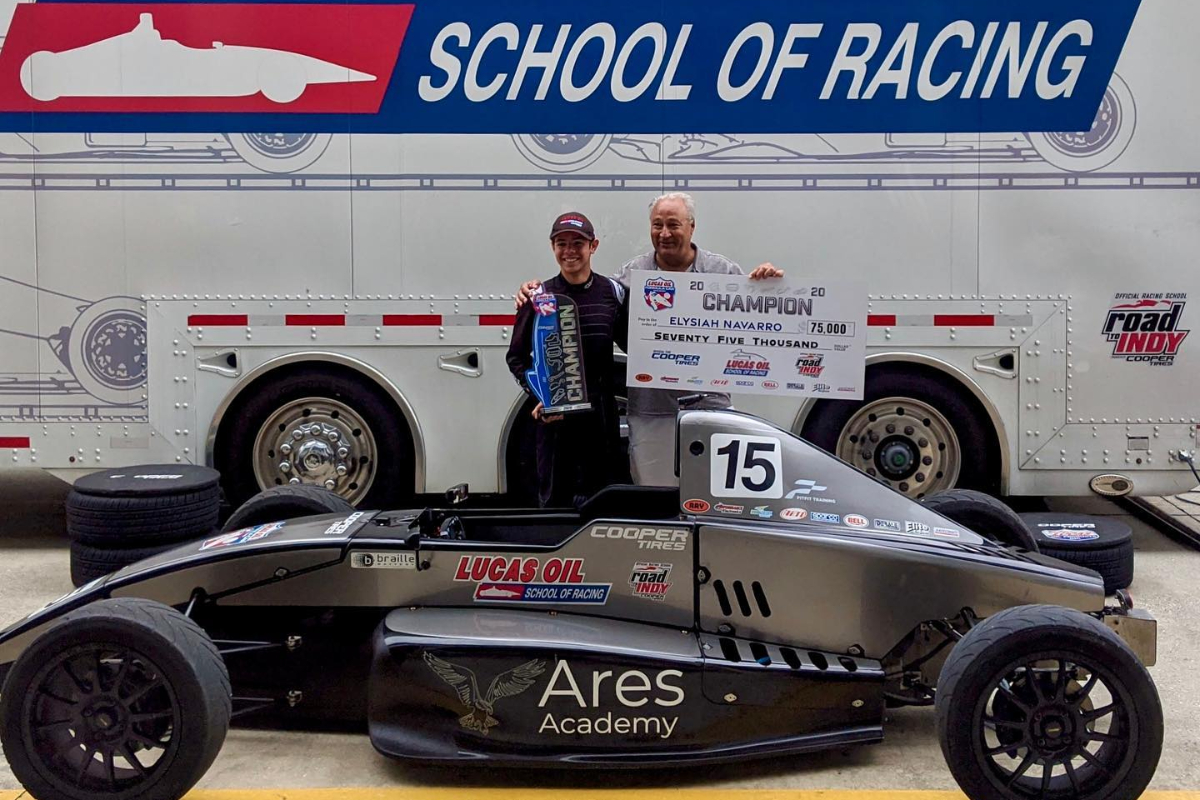 Campbell won the 2019 FCRS title and then stepped up to USF2000 with Exclusive Autosport. He finished 11th in the points with one podium and a fastest lap, and now moves to DEForce for his second season.

Navarro earned his place in the wingless entry-level FCRS series last year by winning Lucas Oil’s annual shootout, and put his place on the grid to good effect by winning six races in his rookie single-seater season after graduating from karts.

Becoming champion there in turn earned him a place on the 2021 USF2000 grid. He also continued to kart competitively last year, having taken regional titles at the junior levels before he started racing in cars.

“I’m very thankful for the support and help from my family, Pieter Rossi and Lucas Oil School of Racing for helping me pursue my dream,” said Navarro.

“I am overwhelmed with excitement about the opportunity to race with DEForce and start my Road to Indy career. I can’t wait for the start of the season and line up in St. Petersburg.”

The pair are the third and fourth drivers to sign with DEForce for 2021. Kiko Porto and Nolan Siegel, who will be in their second and third years in USF2000 respectively, are the other two. Navarro has already tested with the team this winter.

Several other teams have already announced drivers for the upcoming season, with Josh Pierson at Pabst Racing, Josh Green at the debuting Turn 3 Motorsport, Thomas Nepveu at Cape Motorsports and Kent Vaccaro at Miller Vinatieri Motorsports.

This year’s USF2000 champion will get an increased scholarship prize of $401,305 to step up to Indy Pro 2000 for 2022. Before the season begins, an official Esports series for the drivers will take place on iRacing through January and February.