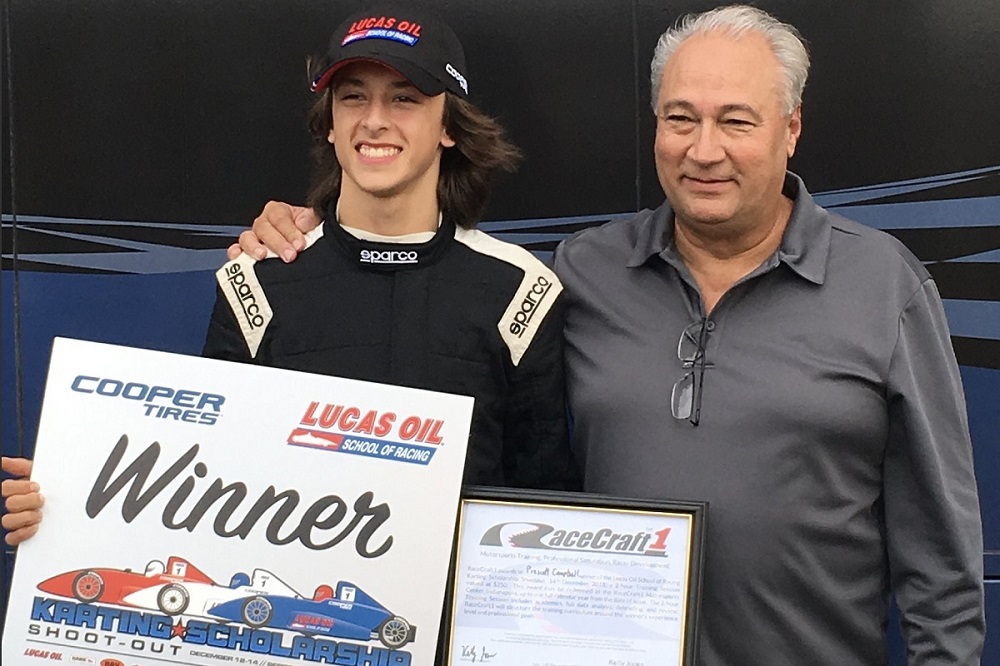 The third-year car racer is the latest product of the Road to Indy’s official driving school and feeder series and made it to the final of last year’s Team USA Scholarship.

After impressing on his FCRS debut in 2018, Campbell earned a full-time drive in the series last year – as a result of winning the inaugural Cooper Tire Karting Scholarship Shootout – and pipped Winter Series champion Michael Myers to the title.

?I would like to thank the team for putting their faith in me and I hope to reward them with successful results this season,? said Campbell.

?As a driver moving into the series, there is a lot to learn, but the team has already taught me so much since we began working together.

“I believe we can take the fight to this year?s very competitive field and earn consistent results near the top.

“I am looking to take the momentum from winning last year?s Lucas Oil Formula Car Race Series championship with me into the opening rounds at St. Pete!?

Campbell is the team’s first signing for the season. It raced part-time in the series last year, but has race-winning form from 2017 with Parker Thompson, and was also competitive with new Toyota Racing Series champion/runner-up Igor Fraga in 2018.

?He has an immense amount of talent and work ethic. His on-track results speak for themselves.

“We have had the pleasure of testing with Prescott earlier this year, and he fit in very nicely with the team. I have no doubt that we will work well together this year and achieve success in USF2000.?

“I am very happy to be able to announce that I will be competing with DEForce Racing,” Ramirez said.

“Over the past few years, many opportunities have been proposed, but none have successfully gone through. To actually be able to compete this year is a dream come true.”