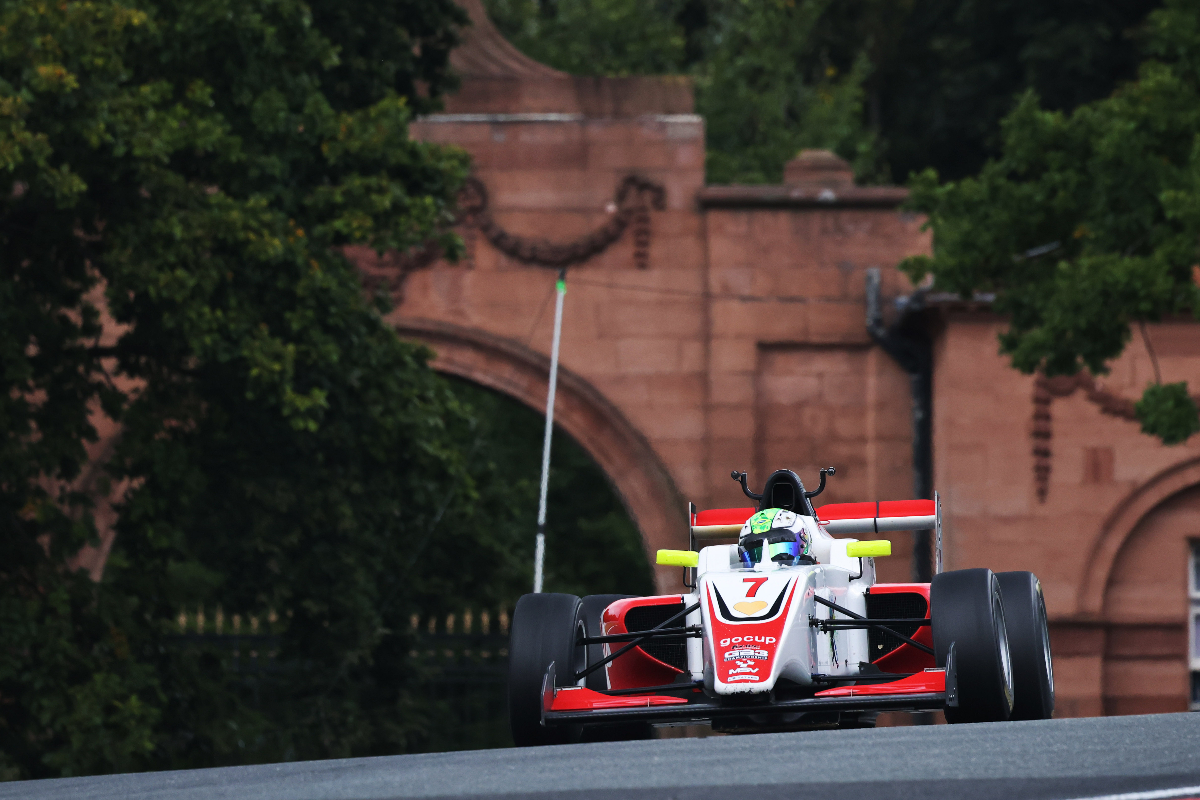 Roberto Faria was fastest again on the second day of GB3’s pre-event testing at Oulton Park.

Elite Motorsport’s Tom Lebbon topped the morning session, which was held in damp conditions and was interrupted by two flags.

The first stoppage came in the opening couple of minutes after Jonathan Browne ground to a halt on his out-lap, though the Hillspeed driver was able to get back out on track once the action resumed.

Horsten moved back to the top with two quick laps in succession, before Faria moved into the 1m40s to lead the way.

The Brazilian stayed in front until late on, when a second stoppage to recover Christian Mansell’s stranded Carlin machine from Druids bend led to a flurry of activity in the last couple of minutes of green flag running.

Bilinski, Ushijima and then O’Sullivan all bettered Faria’s time as they took the chequered flag, before Lebbon found more than 0.3s on his final lap to end the session quickest.

Javier Sagrera took third on his final tour behind Elite team-mate Lebbon and O’Sullivan, while Hitech’s Sebastian Alvarez moved up to fourth.

Faria led most of the second session, which was held in dry conditions, lapping 0.1s quicker than his Thursday benchmark early on.

O’Sullivan and Chris Dittmann Racing’s Ayrton Simmons both lapped fractionally quicker with just under 10 minutes remaining, before Browning moved ahead..

But Faria responded to go quickest again by over 0.2s, his time of 1m31.742s good enough to top the day’s running.

O’Sullivan recorded a late lap to pip his former British F4 rival Browning to second by 0.011s, with Simmons a further 0.1s behind in fourth.

Mansell was fifth ahead of Alvarez, Ushijima and Lebbon. Branden Lee Oxley was ninth for CDR ahead of Horsten. All drivers recorded their best times in the second sessions, with the top 13 drivers separated by less than a second.