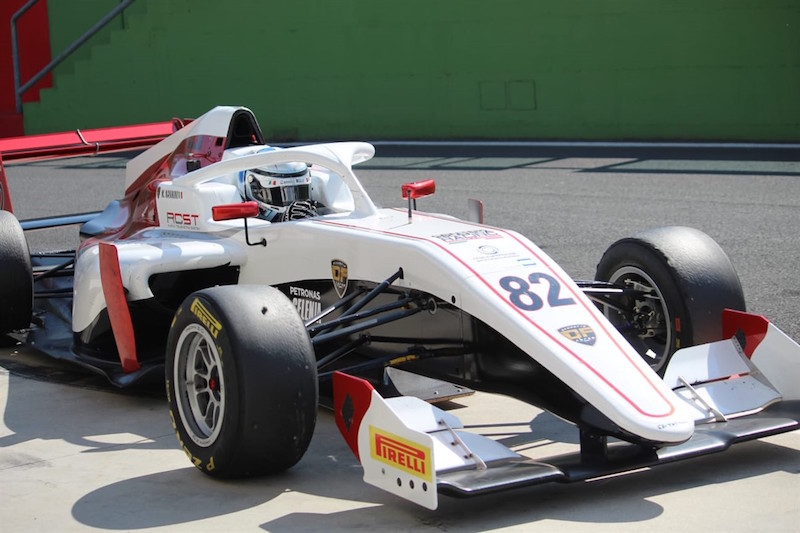 United Arab Emirates Formula 4 champion Matteo Nannini – nephew of F1 race-winner Alessandro – will join the Formula Regional European Championship from its second round of the season at Vallelunga.

He will race with?Scuderia DF Corse by Corbetta, which has been competing in Italian F4 over the past couple of years and received its Alfa-Romeo powered Tatuus Regional F3 chassis back in February.

Nannini has been given special dispensation to race in the series, as he doesn’t reach the minimum age of 16 until July.

The Italian made his car racing debut in UAE F4 in January, winning his maiden race from pole position before adding six further wins on his way to the title.

He’s had already testing the FRegional machine with the team at Vallelunga, just over two weeks prior to the race weekend. Mexican Raul Guzman led a DR Formula one-two at the top of the timesheets.

?The Corbetta team provided me with a completely new machine and I tried it,” Nannini?said. “The test went very well,?the car is faster and heavier than an F4?but I had no difficulty with it.

“In this way, I advance almost a year [ahead of other drivers his age] and I can get more superlicense points in addition to the 12 that I’ve already earned.

“My goal for the first few races is to gain experience and?look for the podium by the end of the year.?I thank Angelo Corbetta for this opportunity, he believes in my abilities and we are sure that he will be fine.”

Nannini had signed to race in Italian Formula 4 with Bhaitech after testing extensively with the team last year, but will have to pass up that deal as the two series share the same bill at six events. Bhaitech elected to compete in Formula Renault Eurocup rather than FRegional – the series which beat Eurocup to the Regional F3 tender in Europe.

“Bhaitech does not participate in FRegional, so I thank you for all they have done for me, but I have to look forward,” he added.

Corbetta will also race in Italian F4, which shares the support bill with FREC for six of its seven rounds. It will race with series returnee Fabio Vendetti and karting graduate?Pietro Delli Guanti.

FRegional attracted just 10 drivers to its season-opening race at Paul Ricard, with Prema’s Frederik Vesti coming away from the weekend with a seven-point championship lead over his team-mate Ferrari junior Enzo Fittipaldi, after winning two of the three races.