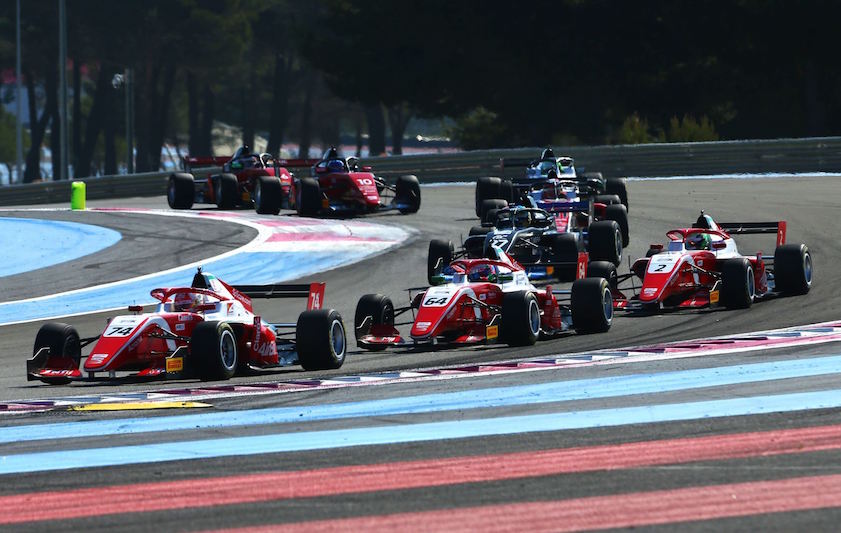 Criticism came in abundance when the FIA revealed it would be launching a Regional Formula 3 series in Europe, then again when it snubbed the existing Formula Renault Eurocup for an Italian bid to run the series, and finally when it debuted its new series with just 10 cars at Paul Ricard last weekend.

It was intended as a stepping stone, along with its Asian and American equivalents, between national Formula 4 championships and the new Formula 1-supporting FIA F3 Championship.

This, of course, meant stuffing an already crowed market in that area of motorsport, disregarding the existence of not just the Eurocup – which now runs to regional F3 rules – but the existing F3 series on the continent.

Formula Regional European Championship, run by Italian F4 promoter WSK and national federation ACI Sport, was launched as an FIA-supported alternative to categories such as Euroformula Open and Formula European Masters, and has already been a contributing factor to the collapse of FIA European F3 successor FEM.

The series struggled to gain traction since its announcement though, attracting 10 entries for its season opener – an entry list which was only publicly released on the morning of the first practice session. Furthermore, the slowest of these was more than 10 seconds off the pace in qualifying. Meanwhile, on the same weekend, Renault had attracted 22 cars (pictured below) for its first Eurocup round using Regional F3 rules. 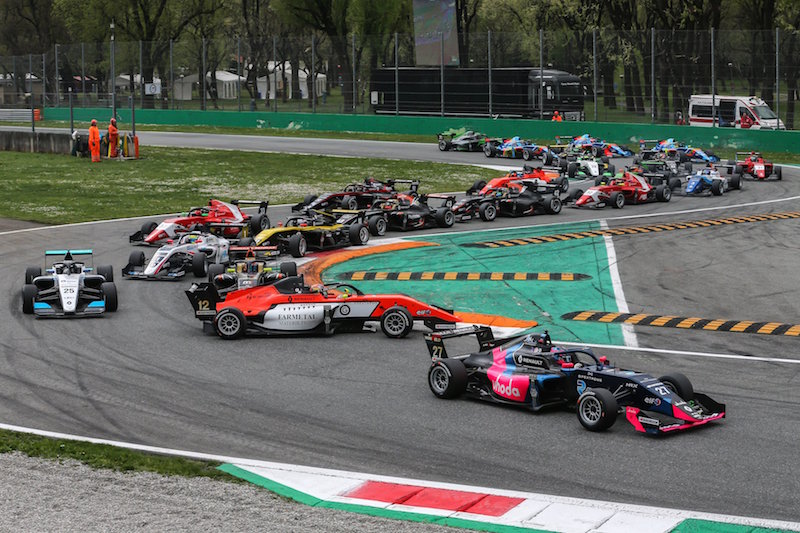 All this was despite the FIA offering 25 super licence points for the Formula Regional champion, compared to the 18 points that the Eurocup title winner and the 10 that the EF Open champion would receive. The series’ regional counterpart Asian F3 – uninhibited by Liberty Media’s possession of the F3 moniker in Europe – attracted a healthy grid of 17 drivers for the first race of its inaugural season last year.

Not only is the quantity of competition the problem in Formula Regional, but there are questions marks over the quality of competition. Prema’s trio of drivers took all three wins and poles at Paul Ricard, and would have locked out the podium in race two had Olli Caldwell not been disqualified for a technical infringement – something the team has appealed.

Van Amersfoort Racing’s Sophia Florsch was quick to highlight this difference between the Prema trio and the rest of the pack.

“[I] didn?t sleep well,” she wrote on Twitter after qualifying. “A lot to think about. Prema is more than one second ahead of everyone. We’re missing 3.6s. At the end of the small pack of 10 drivers. Lost 3-4s compared with my 2018 F3 team-mate. No way.”

Florsch was referring to Frederik Vesti, who left the season opener as championship leader after winning the first and third races. The duo were team-mates for the final round of European F3 last year, as well as at Macau. 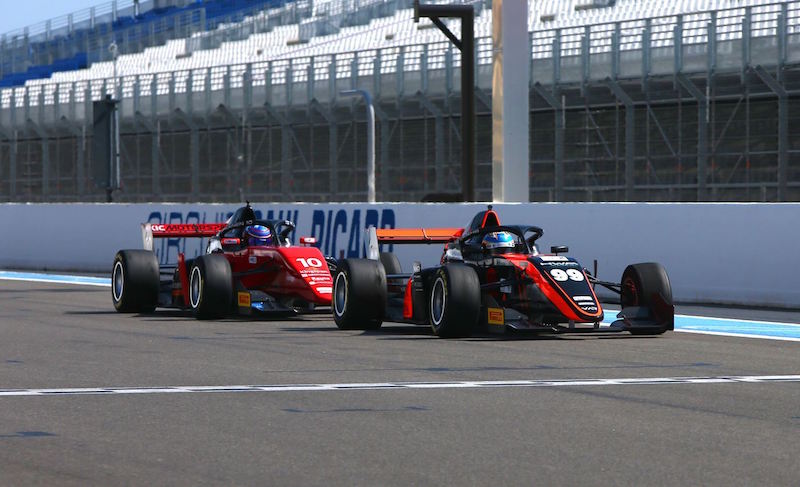 Vesti starred at Hockenheim on his F3 debut, qualifying eighth and just two tenths off pole position. He converted it to 10th place in his first race, the first rookie to join mid-season and finish in the top 10 in their first European F3 race since Daniil Kvyat in 2013.

He was also three-tenths quicker than VAR team-mate Florsch in that session, but she hit back in the second qualifying session, placing higher than Vesti on the grid for races two and three. The two remained reasonably evenly-matched for the event as well as the subsequent Macau GP, where Florsch actually had the upper hand through practice and first qualifying, although final conclusions were blurred by Florsch’s huge crash.

Regardless, there was certainly not a 2.8s gap per lap between them as there was in the opening Formula Regional qualifying session.?Obviously, Florsch and VAR had the difficult task of adapting to a new series, which they joined little over two weeks before the season following FEM’s cancellation.

But that the highest non-Prema driver in (a rain-affected) qualifying session was 1.587s off the pace suggests it has much more to do with the team’s advantage than the driver.?Prema dominating a series is nothing new, and obviously isn’t really its fault, but this level of domination potentially takes it to a new extreme, especially considering it’s the only three-car outfit in the championship – running one-third of the competitive drivers on the grid.

Contrast this with Eurocup, where one second canvassed its top 17 drivers in qualifying. The same margin only covered the top three (all Prema) drivers in Formula Regional. 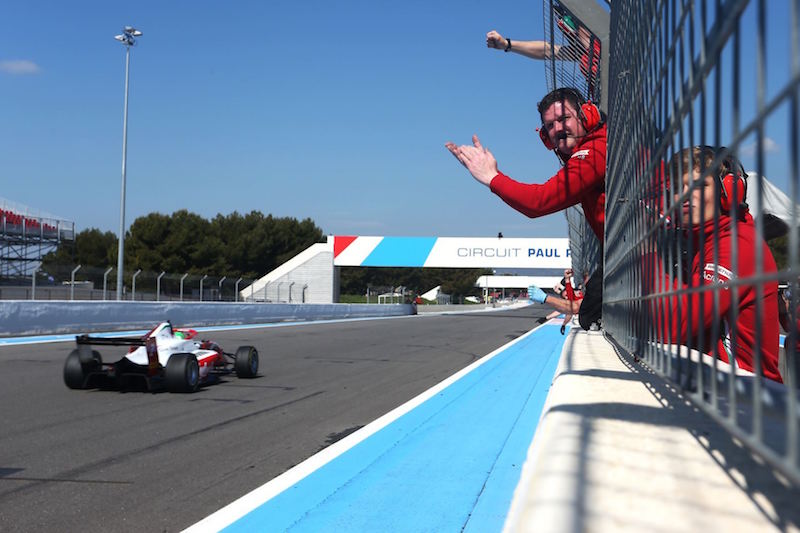 By the end of the weekend, the margins between the teams in Formula Regional were smaller but still evident. US Racing-run David Schumacher made an excellent start in the final race to jump ahead of poleman Vesti down into Turn 1. However, Schumacher was swept aside just seconds later, as Vesti eased past him at the end of the first part of the Mistral Straight. The domination displayed could make the series’ plans for an expanded grid in future rounds difficult, at least for the rest of its first year.

One saving grace is that even though the second round is three weeks after the opener, there is a two-month gap between the second and third round, providing an opportunity for new entries to join and have sufficient testing time.

US Racing is known to have two Tatuus F3 T-318 chassis, while Alexandre Bardinon should appear with his family-run team once recovered from an injury.

VAR will surely have its sights set on expanding its outfit beyond one car, especially given its lack of data so far and its attempts to even the odds with its old F3 nemesis Prema. There are no clashes with ADAC F4, so there’s potential for VAR’s F4 drivers such as Niklas Krutten to cross over for selected rounds ahead of a full-time seat next year.

Italian F4 team?Scuderia DF Corse will also be entering the championship with a single car, and another Italian outfit Technorace announced in February its intentions to field a car in the series this year.?So a 10-driver entry list is likely to be a season-low, with additional cars potentially coming in the forthcoming rounds, particularly with the sizeable gaps between rounds. 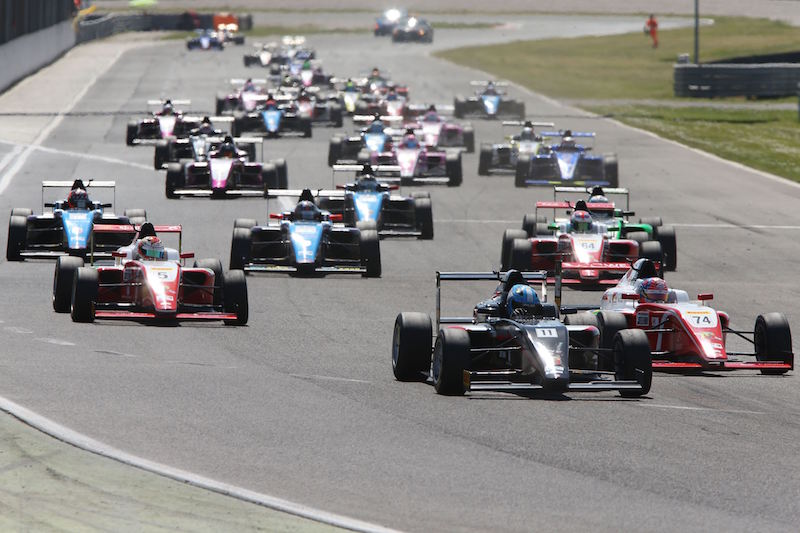 It’s mainly targeting Italian and ADAC F4 drivers and teams, which comes as little surprise considering half of its races are in Italy and its promoters also run the Italian F4 championship (pictured above) – a series which has already attracted over 35 drivers before the season has even started, and one that will regularly run alongside Formula Regional on support bills.

This should provide a rich pool of talent for future seasons, and perhaps its leading drivers will be more inclined to go to Formula Regional considering it features six of the seven tracks on Italian F4’s 2019 calendar, while Eurocup has just two of them. The series also has Pirelli tyres like ADAC/Italian F4, while Eurocup has Hankook rubber.

The first weekend of the championship also featured some decent action even with the small grid size. The three Prema drivers are fairly evenly matched, and it’s unlikely any of them will be able to significantly pull away at the top of the table. They are just as credible future F1 hopes as Eurocup’s leading drivers, even if the field they’re facing is weaker.

The racing was exciting considering Paul Ricard is hardly known for producing classics, the car seems to work well with the Pirelli rubber, and as Igor Fraga found out all weekend, managing the rubber can dramatically affect your race, an important skill for the drivers progressing further up the single-seater ladder.

That a driver like Fraga – supported by Gran Turismo and McLaren after winning their Esports contests – could take on the Prema drivers for the DR Formula-RP Motorsport collaboration was one of the good stories from the opening weekend.

From the outside, the early evidence is that the FIA should have selected Eurocup as its certified Regional F3 series, but rightly or wrongly, it’s set on forging its own ladder from karting to F1, even if there are knock-on effects for the existing junior single-seater series. Now it’s committed to F3 Regional, the FIA will be doing what it can to tip the balance into Formula Regional’s favour in the battle to be the most credible midstep between regional F4 and FIA F3.

Although Paul Ricard was a stuttering start, the series is certainly not over before it has properly begun. Love it or loathe it, it’s too early to write it off just yet. 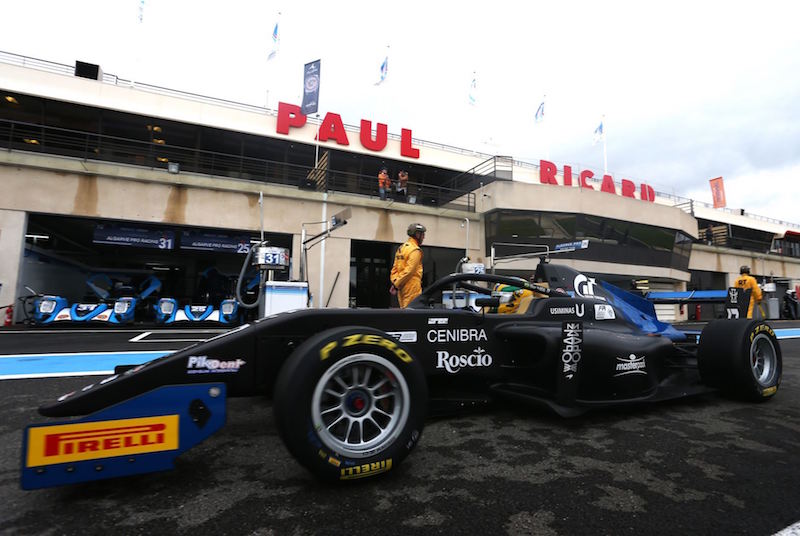