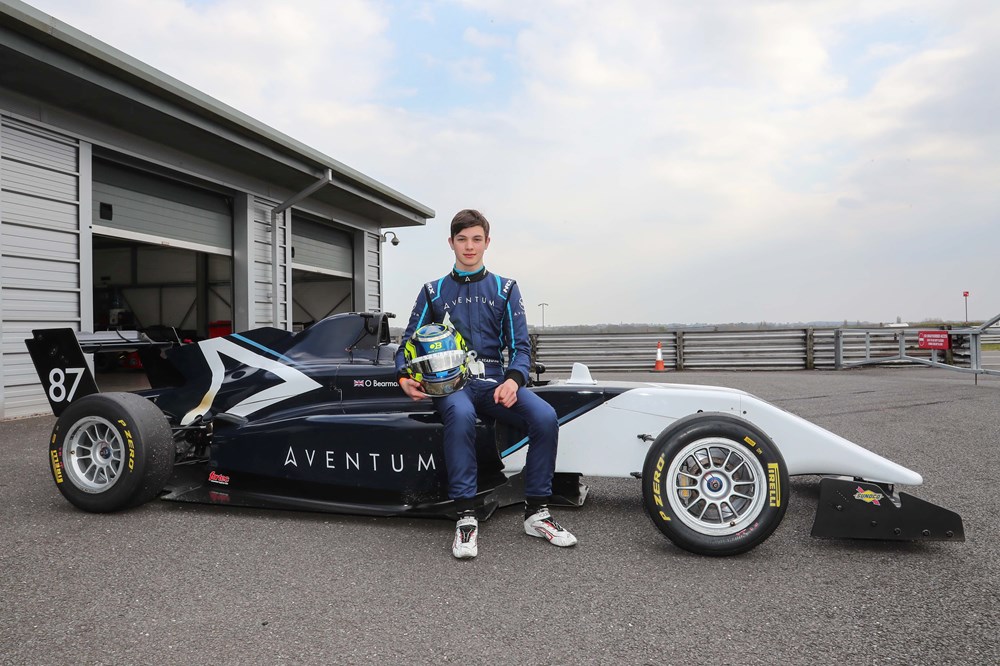 Ollie Bearman will step up to BRDC British Formula 3 with Fortec Motorsports this year alongside his Formula 4 commitments with Van Amersfoort Racing.

The Briton is in his second year of single-seater racing, and was a race-winner in ADAC and Italian F4 with US Racing as a rookie in 2020. He had his first races with VAR in Italian F4 last weekend, taking a pole position and two podiums.

For the rest of this year it will now be a pick-and-mix of events across F3 and F4 for Bearman, meaning he is likely to not complete a full campaign in any of the three series due to date clashes. His F3 debut will be in this weekend’s season opener.

“The relationship with the whole team is fantastic, and the car itself is so much fun to drive. I’m looking forward to kicking things off with this weekend at Brands Hatch GP.”

Bearman’s team-mates are British F4 graduate Roberto Faria, who did part of the 2020 British F3 season with Fortec, and single-seater returnee Mikkel Grundtvig who was a race-winner in Danish F4 in 2019.

Oliver Dutton, Fortec’s team manager, said: “It’s great to be able to formally welcome Ollie to our BRDC British F3 championship team after a series of successful tests with the team.

“Driver development is one area of the sport our family-run team excels at, so we’re very excited to play a role in helping Ollie with the next steps in his career after a very successful start in F4.

“I’m sure between him, Roberto and Mikkel, we can make a positive start to the season at Brands Hatch this weekend and then push on from there.”