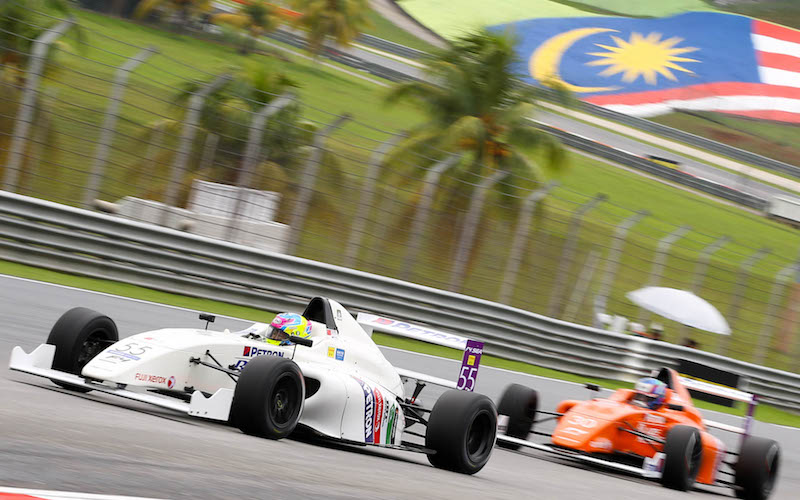 The Formula 4 South East Asia season will conclude with two rounds at Malaysia’s Sepang circuit rather than The Philippines’ Clark International Speedway as originally intended.

According to the championship organisers “fate intervened” and prevented the two trips to The Philippines, meaning Sepang will hold six of this season’s 10 rounds.

The penultimate round of the season will take place on November 22-24 as a support for the Sepang 1000km, with the year rounded out by four races on December 13-15, squeezed into a schedule that also includes the FIM Endurance World Championship and World Touring Car Cup season finale.

F4 SEA has also visited Buriram in Thailand and India’s Madras circuit this season, and did manage to race at Clark in 2016 and 2017. There was also a Formula 1 support race once planned at the Singapore Grand Prix around the Marina Bay street circuit, but it too failed to take place.

Leading the current title battle is Finnish driver Elias Seppanen, with Irishman Lucca Allen, Omani Shihab Al Habsi [who has not confirmed his presence for the remaining races] and Malaysian Muizz Musyaffa all still in contention.

Last weekend, a non-championship Japanese F4 round was supposed to take place at Suzuka on the support bill of the Japanese GP. This was cancelled in its entirety due to Typhoon Hagabis, which also resulted in F1 qualifying taking place on the same day as the race,