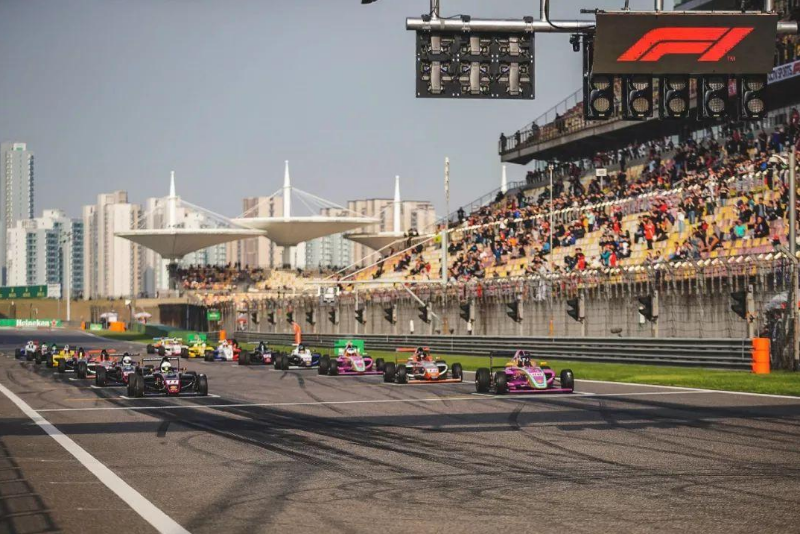 Chinese Formula 4 acted as the warm-up act to Formula 1’s 1000th world championship race at Shanghai, and it was New Zealander Conrad Clark who visited the F1 podium twice.

The BlackArts Racing driver was beaten to pole by local star Heng Min, and then bumped down to third by Zijian He, but had passed both by the first corner and never looked back. Min was also a comfortable second, while an early battle for third between He and Mingchen Sun was settled in He’s favour.

Clark’s team-mate Sun dropped away from the podium trio, but was far clear of Yuanjie Zhu in fifth place.

In race two Clark was even more dominant at the head of the field, while Sun struck back to fight Min all the way to the chequered flag for the runner-up spot. Once again Min took the place for Star Racing, although third for Sun also put him third in the standings.

Manuel Sulaiman took back the NACAM F4 lead at Monterrey with a triple win, while chief title rival Jak Crawford struggled to a single podium.

The Mexican topped practice and qualifying, although was beaten to two of the fastest race laps by Crawford. With no additional points being awarded for fastest lap, it meant Crawford only had his second and sixth place finishes to rely on, and is now 41 points behind Sulaiman in the standings.

Despite encountering mechanical problems, Pablo Perez de Lara was able to pick up a podium and is just 11 points behind Crawford in the championship.

The other two stars of the weekend were Nicholas Chritodolou and Emiliano Richards, each picking up two podiums.

Over in Japan, the 2019 season got underway with a dramatic weekend at Okayama.

Ren Sato, seventh last year with Honda Formula Dream Project, started the weekend with pole position and a impressive first win while chaos ensued behind him.

The first to escape this chaos was TOM’S driver Seita Nonaka, who after establishing himself in second place cut down Sato’s lead advantage from two seconds to 0.943s. It was Sato’s first win, having been stripped of what would’ve been his first success in 2018 due to a yellow flag infringement.

Togo Suganami, twice a winner last year, was third ahead of Hibiki Taira and Reiji Hiraki.

Kakunoshin Ohta was the surprise poleman for race two, but ended up missing his gridslot and was required to start from the pitlane. This meant Sato, who qualified second, was handed the pole position advantage up front.

At the start he held off Atsushi Miyake, with Nonaka and Suganami slotting in behind. Suganami took third later on in the lap, while Sato started to pull away up front until the safety car was called out after Ohta crashed into?Daisuke Watanabe on his rise back up the order.

Sato handled the restart well, but was swiftly informed he was to serve a drive-through penalty for jumping the start. HFDP driver Miyake inherited the lead, and then held off an attacking Suganami through the closing laps to take his first win in just his third race in cars.

Nonaka finished third, putting him level with Suganami at the top of the standings, with Sato in third place after finishing race two in 20th and taking fastest lap.