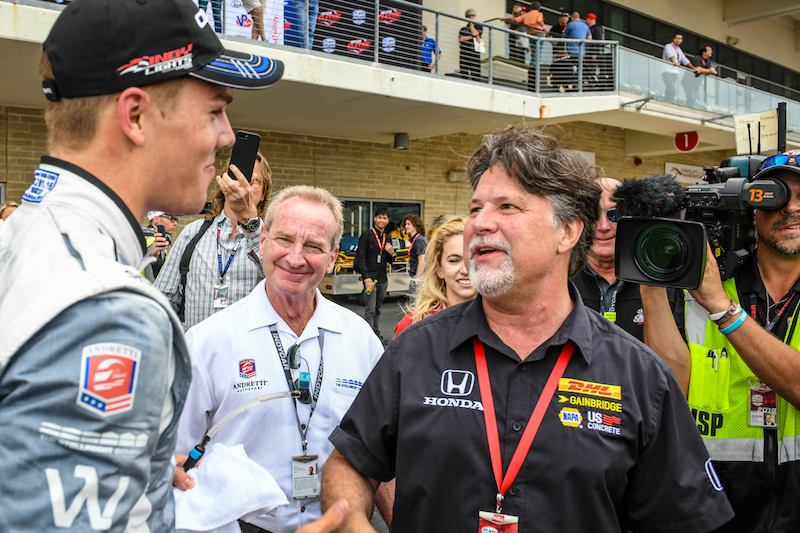 Michael Andretti, owner of Andretti Autosport, has complained at the lack of IndyCar team owners involved in its feeder category Indy Lights.

It co-ran an entry with George Steinbrenner IV for Colton Herta too, and the pair have now graduated to IndyCar in league with Harding Racing. It took three races for the team to become a winning outfit, which made Herta the youngest IndyCar winner of all time.

In a report by Autoweek.com, Andretti said: “It’s very important to the series [to have IndyCar team involvement].

“It really ticks me off some of the owners that don’t get behind it. Look at the talent that comes out of the series every year. One comes out, comes in, they’re competitive.

“It’s a really good training ground for our drivers. I think we all should get behind it.

“I do get really pissed off, to be honest, that they don’t get more involved because in the end it’s good for all of us if we make the ladder series strong. It’s just going to bring more talent.

“It works very, very well for us. It’s something that I’m not going to give up on. I think there’s some plans to make it better in the future, which I’m actually pretty excited about.

“I think IndyCar is realising how important it is. I think you’ll see them get behind it a little more.”

Andretti’s three-car Indy Lights line-up this year is led by Oliver Askew, who’s first place in the standings with two wins, and the team will add a fourth car at the Indianapolis 500-supporting Freedom 100 for Jarett Andretti.

The 26-year-old is currently competing in the American GT4 championship for the team, and is a sprint car racing champion. He is the son of IndyCar race-winner John Andretti and great nephew of 1978 Formula 1 world champion Mario Andretti.