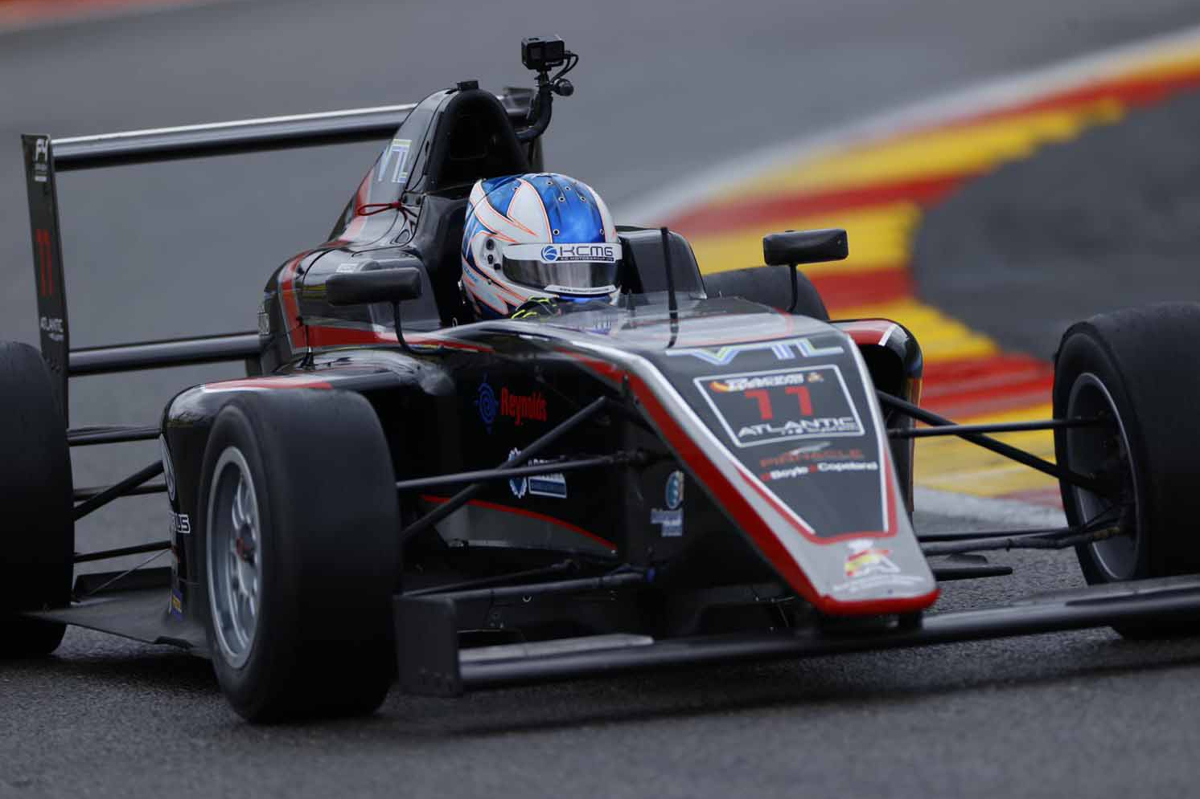 Alex Dunne, who makes his car racing debut in Spanish Formula 4 this weekend, has been named as the first driver on KCMG’s new Driver Development Project.

The Hong Kong-based manufacturer and racing team announced the KCMG-DDP on Thursday, with the programme providing coaches to drivers as well as access to off-track fitness and education specialists and funding for their racing.

Irish karting graduate Dunne is on pole for his first ever single-seater race at Spa-Francorchamps on Friday, and is racing for the one-car Pinnacle Motorsport outfit.

“I’m delighted to join up with KCMG and their new Driver Development Project ahead of my debut season in Spanish F4,” said Dunne.

“It’s a great honour and opportunity to receive their support in all aspects of motorsport to make me become a better driver, developing my skills and improving my all-round ability behind the wheel.

“I’m excited to get started with the team and I hope we can have a successful season together, starting this weekend at Spa-Francorchamps.”

The 15-year-old was a star on the British Cadet kart scene before going international with a step up to junior karting in 2018. He came 11th in the CIK-FIA World Karting Championship as a rookie, and seventh in the European championship in 2019.

His first major success was winning the WSK Champions Cup that year, and the Italian scene was where he remained when he moved into OK karts for 2020. Dunne’s best result in senior karts was 25th in the European championship.

“He has been very impressive in karting and we’re looking forward to honing his skills behind the wheel and helping to make him more of a complete package off the track as well. With our support, we believe he can have a strong maiden season in Spanish F4.

“These are the first moments for the KCMG-DDP, which is an exciting new arm of KCMG’s vast array of motorsport activities to help young drivers progress through the ranks and become the stars of the future.”