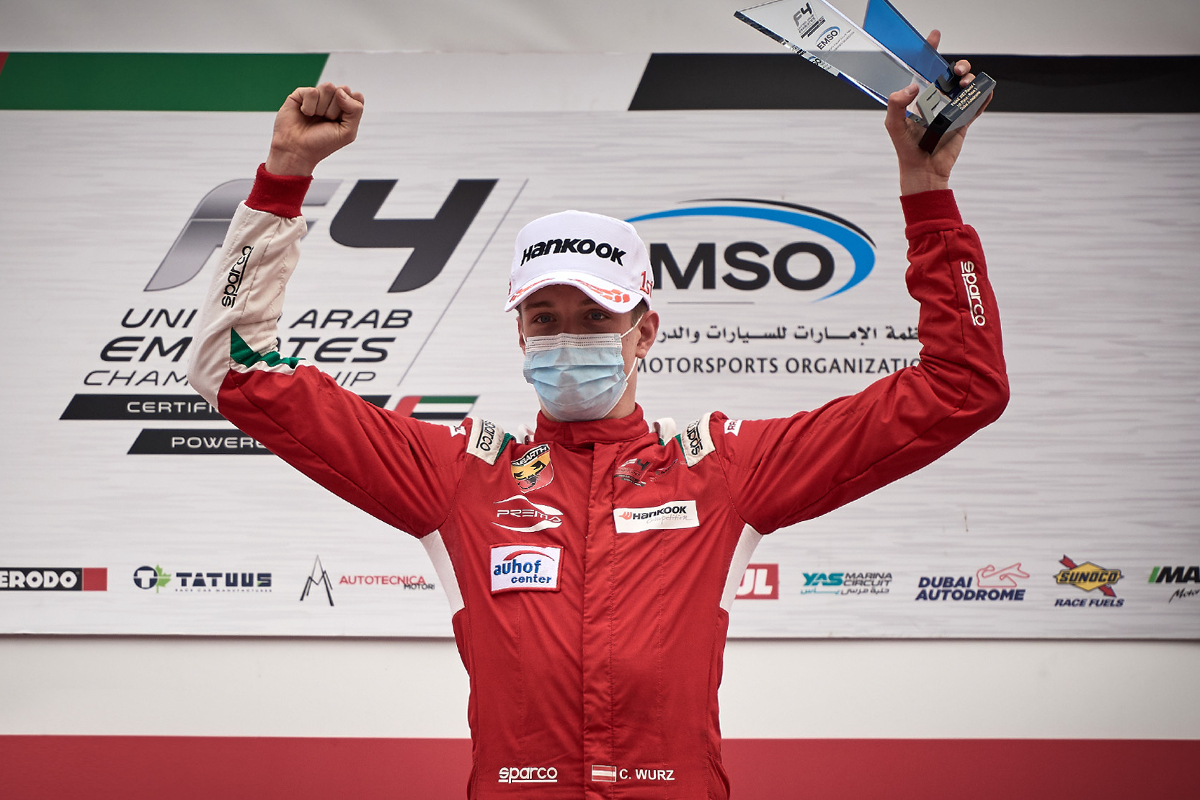 The 17-year-old son of former Formula 1 racer and two-time Le Mans 24 Hours winner Alexander will be going into his third year in single-seater racing.

Wurz was a finalist in the Ferrari Driver Academy’s first World Scouting Final in 2020 and was ninth in that year’s WSK Euro Series and Open Cup for OK karts. He then started testing in F4, and signed a test contract with Prema for 2021.

He ended up contesting two Italian F4 rounds, then stayed with Prema for full Italian and UAE campaigns in 2022. Two race wins helped Wurz earn the UAE title, and he was fourth in the Italian championship where he also won a race. Alongside that he made the podium thrice in a part-time ADAC F4 campaign, and represented Austria in the Motorsport Games F4 Cup.

“Ever since I can remember my dad has recounted stories of his time racing [Formula Ford cars] in New Zealand, how it was such an important step in his career and how much he loved it,” said Wurz. “I’m so excited to be able to start 2023 with this experience and a big thank you to Toyota Gazoo Racing and M2 for making it happen.”

M2’s team principal Mark Pilcher added: “It’s great that Charlie can begin his next step in New Zealand and we welcome him aboard. Young drivers from F4 have made this step with success and we look forward to helping Charlie do the same.”