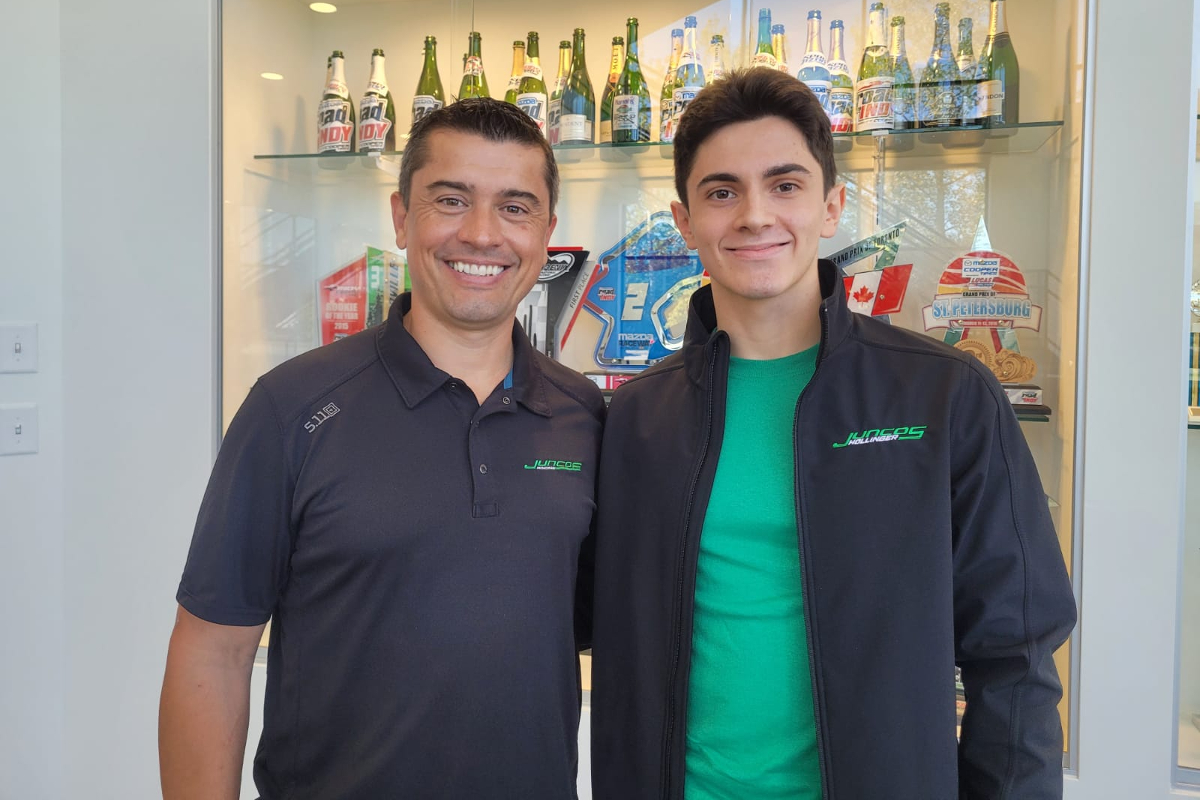 The road course-based test is open to IndyCar and its support series, with several leading Indy Lights drivers getting chances in the parent series.

For the top rung of the Road to Indy, there are seven confirmed entries so far. Juncos Hollinger Racing has signed part-time Formula 2 racer and Formula 3 race-winner Nannini as the first of its drivers.

“I can’t wait to be running at the Indianapolis Motor Speedway,” said Nannini.

“This will be my first time in the United States, so I am looking forward to this experience as it is not every day that you get to test on a track like this.

“I am sure we will have a great weekend and I want to thank Juncos Hollinger Racing for giving me the opportunity to test in the Indy Lights series.”

Nannini is in the third year of his single-seater career. He started in Formula 4 where he won the United Arab Emirates title as a rookie and then moved straight into Formula Regional European Championship where he came 13th in the standings.

The two years since have been spent in F3, where he has claimed one win. The 18-year-old has also contested three F2 rounds and made the top 10 twice in his debut weekend in the series.

The other driver totally new to Indy Lights that will be testing this week is Francis, who is part of a five-car HMD Motorsports stable.

Manuel Sulaiman will occupy the seat he had for the final three rounds of 2021, while Danial Frost and Christian Bogle have moved across from Andretti Autosport and Carlin with Jay Howard Driver Development respectively to test with HMD.

All three were rookies this year, and Bogle has already confirmed he will continue in the series in 2022. There will be a car co-run by Global Racing Group for Benjamin Pedersen, who came fourth in the points and is already signed by the team for next season, and then a Force Indy-supported entry at the test that will be piloted by Francis.

Single-seater racing rookie Francis has had a stellar 2021 so far, making use of his diversity scholarship from Formula Regional Americas owner Parella Motorsports Holdings to claim three wins in the series and go into the season finale in contention for the title runner-up spot.

He moved into open-wheel cars from the Trans-Am sportscar series, where he had won the title for the past four years and is in contention to come second in the standings this year depending on if he contests the final round which clashes with FRegional Americas’.

In addition to that, he beat several IndyCar legends en route to second in the new short-track racing series Superstar Racing Experience which was won by 1996-97 IndyCar champion Tony Stewart.

Indy Lights is one of the series under consideration by Francis for 2022.