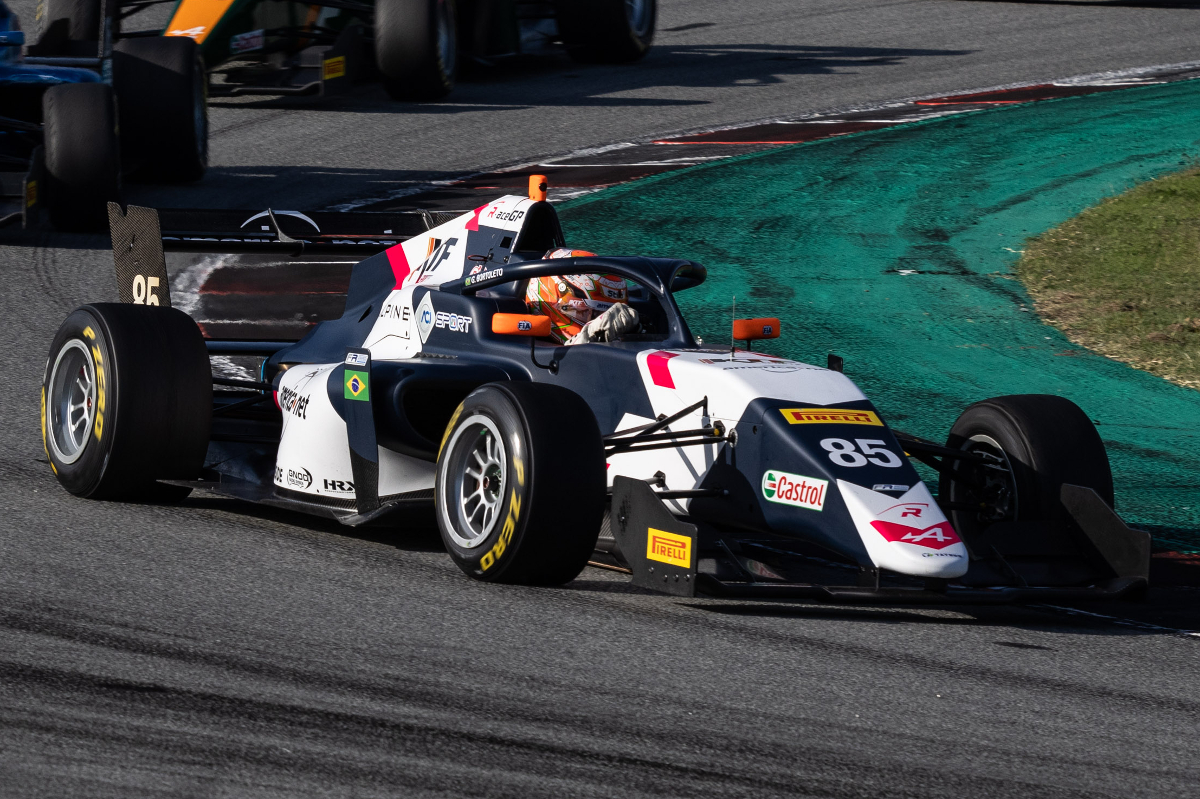 Bortoleto went to the top of the times half an hour into the four-hour session, setting a 2m43.861s lap. In the next 20 minutes he improved several times, and led the way with a 1m43.149s when the first red flag of the day occurred as Owen Tangavelou hit trouble.

Bortoleto could go no faster once the session resumed, and he ended the first hour with team-mate Hadrien David behind him in second place.

David was able to improve his pace shortly after, but then could not better a 1m43.502s effort set 65 minutes in until the final few minutes where he made a gain of three thousandths of a second.

By that point he had been shuffled down to ninth place, with Prema’s Paul Aron taking over second place before the 90-minute mark and remaining there until Race Performance Motorsport’s Pierre-Louis Chovet set a 1m43.243s late on.

Kas Haverkort, Dino Beganovic and Tim Tramnitz were all within two tenths of a second of Bortoleto, and all set their fastest laps in the first half of the session.

KIC Motorsport’s Sebastian Ogaard stopped on track in the middle of the morning, and Prema’s Amna Al Qubaisi also faced issues that left her stranded on the circuit. Santiago Ramos has left KIC for R-P-M this weekend, and KIC has replaced him with FIA Formula 3 racer William Alatalo, who was 11th in FREC last year.