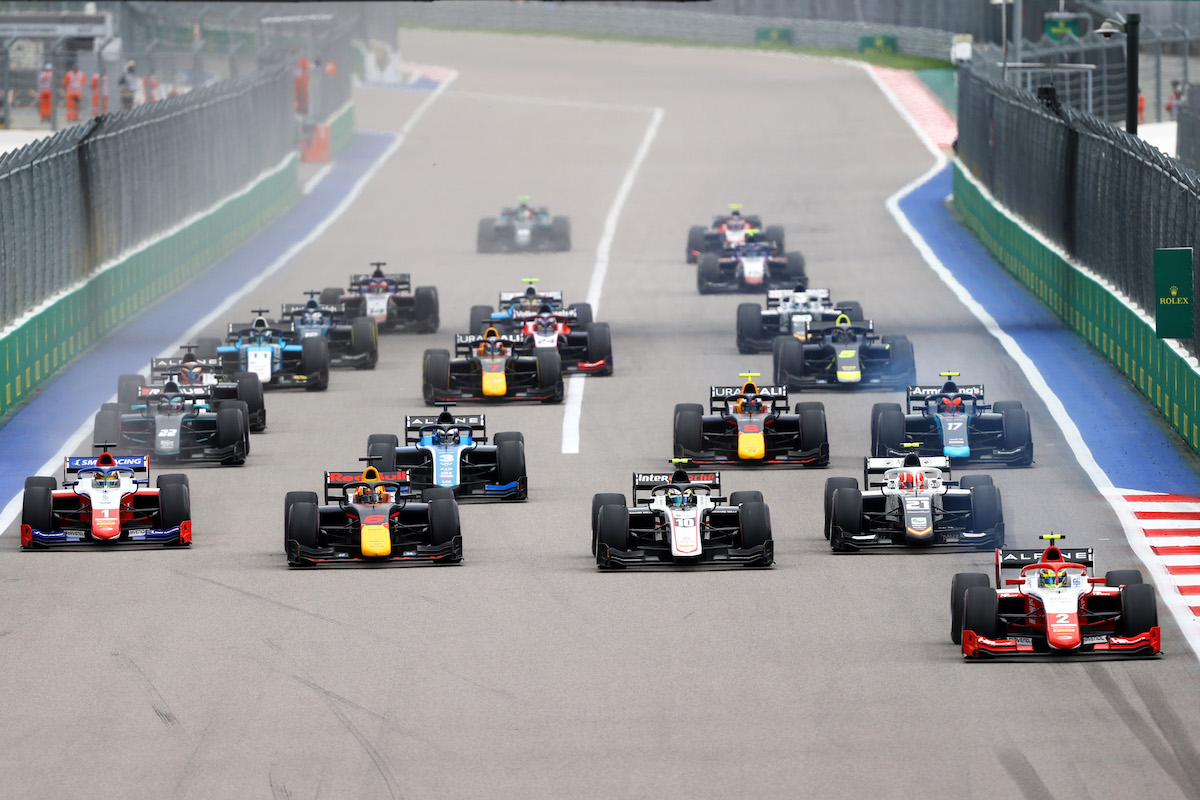 Formula 2 is looking to replace its cancelled Sochi round to keep its season at a record 14 events long, despite earlier indications that it would not be replaced.

Sochi dropped off the 2022 calendar when the Russian Grand Prix had its long-term contract terminated by Formula 1 three months ago following the country’s invasion of Ukraine.

F1 had a ‘TBC’ slot in Sochi’s absence, while F2’s updated schedule simply had the round removed altogether. However F2 promoter Bruno Michel admitted that a 14th round could take place elsewhere, and lead to the highest number of F2-level events in a calendar year since 2009 when predecessor series GP2 and GP2 Asia raced 15 times.

“Talking about the number of races on the calendar, we’re working to replace Sochi, and I think we’ll be able to announce something quite soon,” Michel said in a roundtable with selected media including Formula Scout.

“There are a few options on the table, and we told the teams already that we would go along with 14 [rounds] this year.”

F2 has been tight on the details of where it could race. Of the remaining F1 grands prix this season, Canada, France, the unannounced Sochi replacement in September, Singapore, Japan, the United States, Mexico City and Sao Paulo do not currently have the series as one of its support acts.

French Grand Prix venue Paul Ricard could make be the best solution logistically due to its European location, but would mean four rounds in five weeks. The calendar currently has a gap of more than two months between the penultimate and final rounds, held at Monza and Yas Marina Circuit respectively, something that drew enormous criticism in F2’s eight-round 2021 calendar.

When asked by Formula Scout about the possible impact of the invasion of Ukraine on F2 and the FIA Formula 3 Championship he also promotes, Michel was unable to give a clear indication .

“I don’t know what we can really anticipate, to be perfectly honest,” he said. “So the situation arrived a couple of months ago, a [few weeks] before the start of the championship.

“There has been some very strong guidance from the FIA on the way to operate with the issue of Russian athletes [namely FIA F3 driver Alexander Smolyar, driving for MP Motorsport this year], and that’s what we’ve been applying.

“So we are doing things as we are requested to do them, and I don’t think there’s much to anticipate at the moment of what will happen in the future.

“Of course we don’t go to Sochi this year. That’s quite a simple answer. And then we’ll see for the future. We’re just following the rules that are there that have been dictated.”

When asked about F2’s finale, Michel said there are “no plans” to change its location or date to prevent the lengthy gap between it and the penultimate round or avoid the logistical issues of racing in the Middle East.