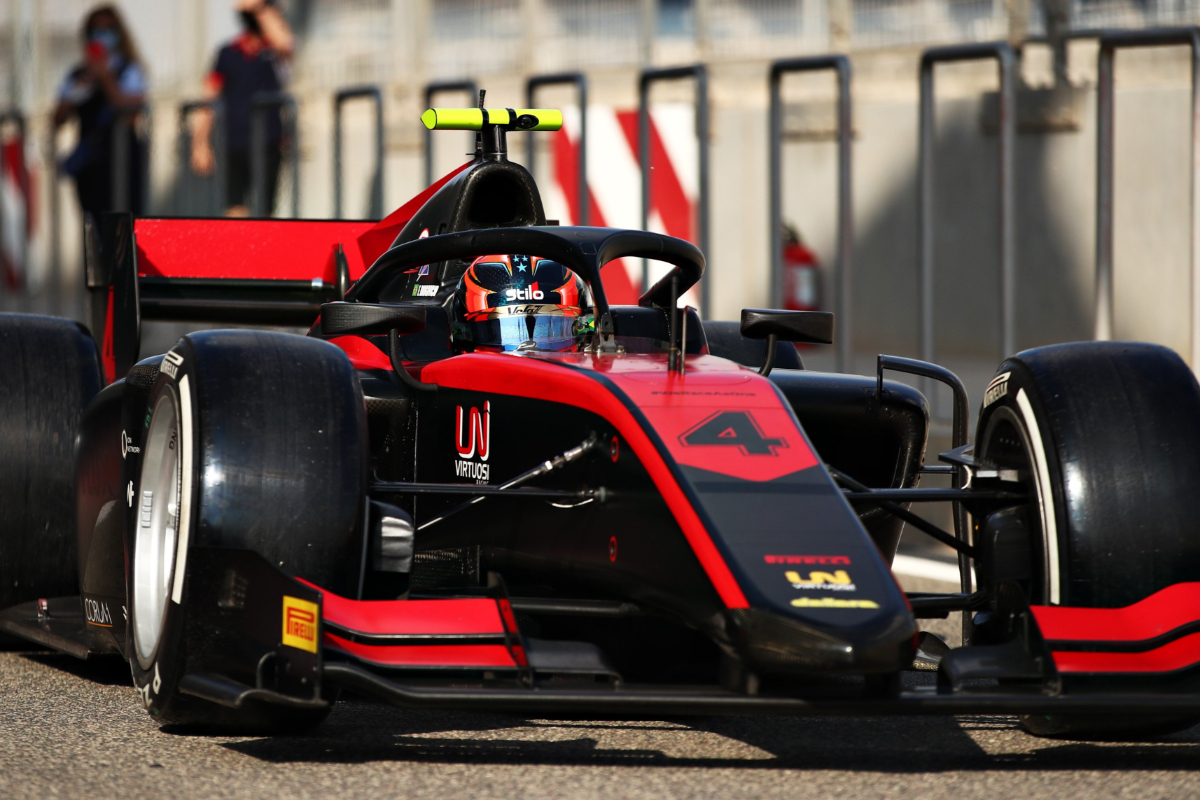 Virtuosi Racing’s 2021 Formula 2 signing Felipe Drugovich topped the final test session of 2020 at Bahrain, as two cars were ruled out by technical issues.

Campos Racing returnee Ralph Boschung only managed five laps on Wednesday afternoon before problems struck his car, and Trident’s test debutant Bent Viscaal was kept in the garage by a safety concern related to a faulty fuel cell.

Boschung’s team-mate Logan Sargeant was the first to set a lap, and set the early pace with a 1m47.387s lap.

HWA Racelab’s Roberto Merhi, who has raced in Formula 1 and F2 in the past, took over at the top of the times 23 minutes into the three-hour session with a 1m44.983s.

David Beckmann was next to go quickest, for Charouz Racing System, before his team-mate Guilherme Samaia set a 1m43.612s a few minutes later.

Samaia didn’t improve on that lap, as most of the field switched focusing to longer runs rather than qualifying lap simulations, and he remained in first place until the final half-hour of the day’s action.

DAMS’ Marcus Armstrong went top before Drugovich, who didn’t even set a lap until just a few minutes before, beat him with a 1m42.435s lap. There were only a few drivers who got quicker after that, with Prema team-mates Oscar Piastri and Robert Shwartzman vaulting up to second and fourth either side of Armstrong, and Drugovich’s team-mate for the day Clement Novalak becoming the last driver within a second of the pace in fifth place.

Novalak, who spent the first two days of testing with Trident, set a personal best on his very first lap on track and it wasn’t until 32 laps later that he managed to surpass it.

Samaia, Merhi and Beckmann were shuffled down to sixth, eighth and ninth after shining in the first half-hour, and DAMS’ Roy Nissany was seventh with a lap he set in the middle of the session.

Sargeant ended the session in 14th after also failing to improve, leaving him almost five seconds off the pace.