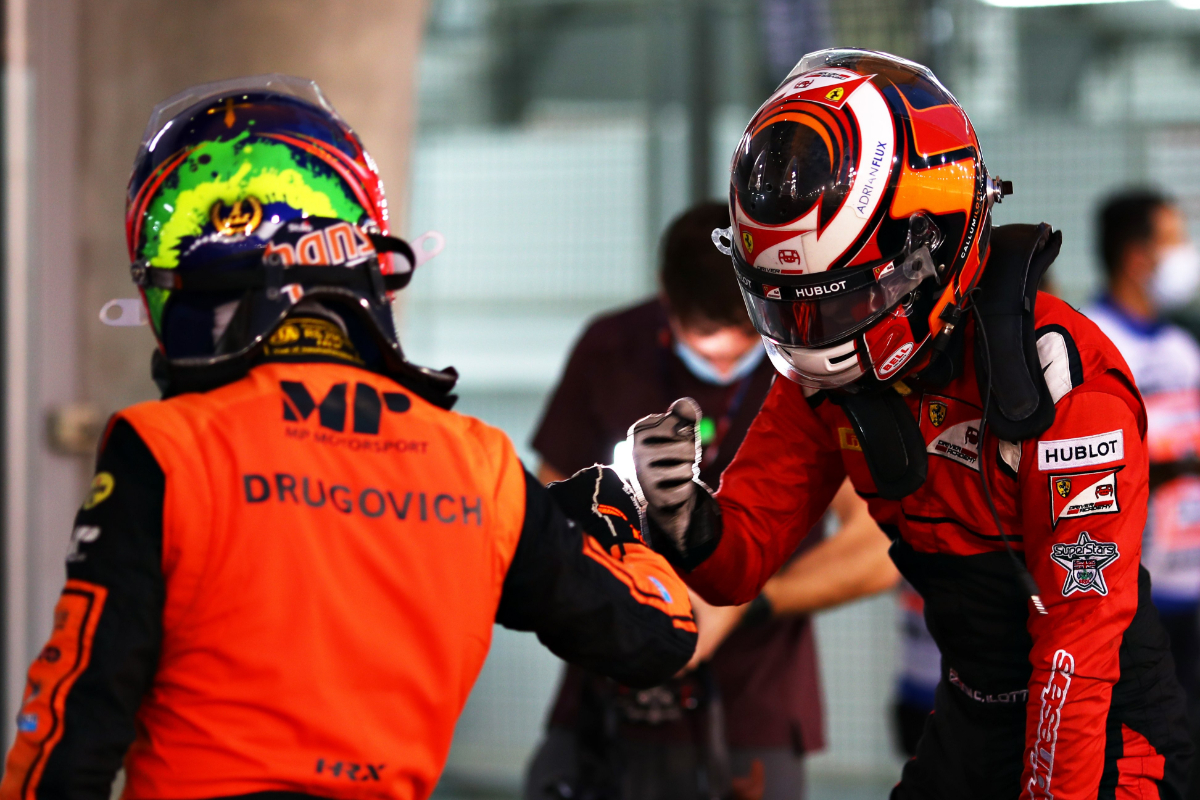 Several of Formula 2’s leading drivers have stated that they do not know how Saturday’s feature race will play out in Bahrain after limited mileage in free practice and qualifying.

Bahrain is traditionally tough on tyres, to the point where the shorter sprint races have featured pitstops in the past – most famously when Prema’s Charles Leclerc used that strategy to win in 2017.

“In the test at the beginning of the year, I don’t know how similar the compounds were – and I don’t think anyone does – to what we’ve got this weekend. It was supposed to be a hard [compound tyre], but you never know.

“But in the race runs we expected a lot of deg, but there wasn’t. So I honestly don’t know, I think it is going to be what you would expect, which is quite high deg. But, I mean, if you look at the test, there wasn’t.”

Red flag interruptions in free practice and a dusty track in qualifying mean drivers head into the races with only a handful of laps at full speed in addition to the mileage they racked up in pre-season testing back in March.

“I think the hard is going to be tricky, you’ve just got to make sure you – especially at the start of the race – are just not slipping it because it’s going to overheat so easily, especially at the rear,” Ticktum added. “That’s the main thing we’ve got to focus on.

MP Motorsport’s Felipe Drugovich offered a similar view, saying: “It’s going to be pretty warm if it’s not raining. In testing we probably had something [else as a compound], and everywhere else and in many races we had something different. I don’t know what to expect.”

Polesitter Callum Ilott identified that expectations in F2 do not always play out in reality.

“Most of this year, when we’ve had an expectation from last year to this year, it’s never been the same in the races,” he said.

“[Or the opposite] in almost every way, shape or form. I think this weekend as a track should be more similar to previous years of F2, but I hope that’s the case, otherwise I’ll be in some issues.”