Home Featured F1 has a race in the US, but it needs an American driver too
FeaturesFormula 1

F1 has a race in the US, but it needs an American driver too

Formula 1 is making its return to the United States this weekend, but how long until an American driver is back on the grid to really capture the nation’s attention?…

This weekend’s United States Grand Prix and the brand new purpose-built Circuit of the Americas in Austin, Texas is the first race in the country for five years. The whole sport is keen to get a foothold in the States, with plenty of emphasis being put on promotion and increasing fan-friendliness.

But in a country where the most popular sports are acronyms like NFL, NBA, NHL and NASCAR and almost all of the athletes are home-grown, how much interest is it possible to generate in 24 foreign names driving cars built in Woking, Milton Keynes and Maranello?

If F1 is going to become a success in the US beyond the existing hardcore fans, it needs some home interest in the form of an American driver for the crowds to cheer on at the track, and more importantly, make headlines in sports bulletins across all 50 states. And that is something that is not just going to happen – it needs work to be put in and it’s in F1’s interests to make it happen.

Currently the nearest American to an F1 race drive is Alexander Rossi, a man receiving more attention than most of the race drivers in Austin despite not turning a wheel this weekend. The original plan was for the Caterham test driver to get a run-out in first practice, potentially giving the team a significant commercial boost and raising exposure for F1 as a whole. But when the team lost the vital tenth place in the constructors’ championship to rivals Marussia, they understandably decided that their race drivers needed the mileage on the new track.

At a time when any rookies breaking into F1 next year will have brought sponsorship money with them, Rossi is fortunate to be in the position he is. Like most Americans that come over to Europe to race, he didn’t bring a large wallet with him. But promising campaigns in Formula Master and GP3 caught the attention of Caterham’s Tony Fernandes, obviously tempted by the opportunities having an American driver would give his ever-expanding business empire but also aware Rossi had the talent to make it on merit. 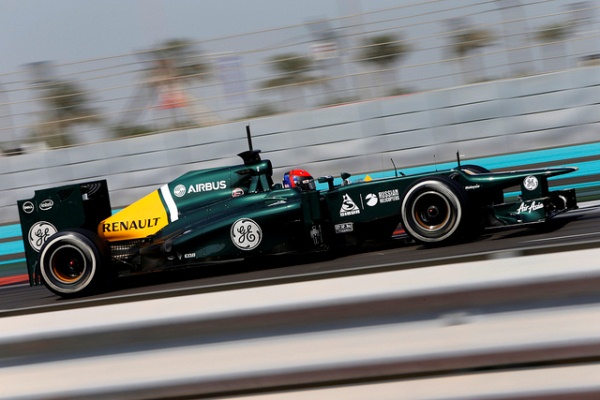 The Californian boosted his stock further with a third-place finish in last year’s Formula Renault 3.5 Series. Ideally he would have moved on to GP2 then, but Fernandes was presumably not keen on funding a season in the expensive series (he instead signed the well-backed Giedo van der Garde and Rodolfo Gonzalez to fill his team’s cars) and preferred to have Rossi stay in FR3.5 to help establish the new Arden Caterham team. Significant issues in pre-season testing with the new car ruled out a title challenge, and even as the team got on the pace Rossi continued to suffer some rotten misfortune and finished a lowly 11th in the final standings. If he was the radar of any other F1 teams, that result will have seen him slip off it, but Caterham will appreciate what he achieved given the circumstances.

He will make that GP2 move for 2013, and his situation has been helped greatly by the signing of a five-year contract with Caterham sponsor and American conglomerate General Electric. With that, it seems Rossi may now have the financial resources to compete with the other well-backed and successful drivers fighting for F1 seats.

While Rossi remains America’s leading driver on the path to F1, Conor Daly has also had a successful year both on track and in generating media attention back home. Winning at the GP3 season opener in Barcelona helped, as did his horror smash in Monaco that garnered hundreds of thousands of views on YouTube. He’s another without much budget to speak of, but does benefit from the connections of his father and former F1 driver Derek Daly, which got his foot in the door at Force India and allowed him to complete a couple of straight-line aero tests. Sadly that lack of resources has prevented him so far from taking the next step with the team, but Rossi’s case proves its possible for them to work together to secure the backing.

On track, Daly’s GP3 season was perhaps a little disappointing as he fell short of his two teammates and failed to make a title bid. He hasn’t managed as much as Rossi did in his first two years in Europe, but there were days when he was as good as anyone and could do well should he step up to FR3.5 next year.

Off track, Daly will hope to capitalise on the new interest in F1 in America. He’s well aware of the importance of an American on the grid:

12 months ago there was another American behind the wheel of a modern F1 car, and this time it was a Ferrari. Michael Lewis won the test opportunity after a superb rookie season in Italian F3. This year he had podium finishes and a race win in the Formula 3 Euro Series, but didn’t make the same impact as some of the championship’s other newcomers and has work to do if he’s to catch the attention of the F1 teams.

Felix Serralles is not strictly American, but hails from Puerto Rico (a US territory) and began his career in the States. He was a surprise package in British F3 this year, collecting several wins and remaining in title contention until the final round of the year. Another F3 driver with American connections is Eddie Cheever Jr, a title contender in Italian F3 this year.

Other than that, there aren’t many Americans on the European junior ladder. There are a couple of reasons for this. Firstly, European budgets are high, and American sponsors won’t get anything like the same exposure they get back home. Secondly, the nature of the American single-seater scene means there is no motivation to come over to Europe. The Road to Indy scheme, funded by Mazda, means the champion of each series on the ladder gets a scholarship to compete at the next level. It’s designed to funnel the best drivers towards Indycar, rather than losing them to Europe and F1.

F1 needs to create some sort of initiative to lure American drivers over. There has been a rumour of an American version of GP2 or GP3 being created, which is a good idea in theory. When Formula BMW Americas existed, it provided European-style racing for Americans and launched the likes of Rossi, Robert Wickens, Esteban Gutierrez and Felipe Nasr over into Europe. Without it, all championships in the US are geared towards Indycar which means drivers get? lured in that direction. Any championship that does exist would need to be affordable however, so GP2 is probably not the best base to work from.

Currently the Team USA Scholarship provides young promising American drivers the opportunity to sample European racing. One of the latest beneficiaries is Matthew Brabham, the grandson of Australian legend Sir Jack Brabham, who won this year’s USF2000 Championship – the entry level series on the Road to Indy. The scheme gave Brabham the chance to take part in some Formula Renault BARC races recently. Although he told Sky Sports – who were filming him at Rockingham – that he’s always dreamed of following his grandfather into Formula 1, he’ll be racing in Star Mazda next year thanks to funding from the Road to Indy. It’s possible that, like Daly, he could make the switch from Star Mazda into Europe, but he would need to find the money to do so. Moving on up to Indy Lights and eventually Indycar could be more achievable. 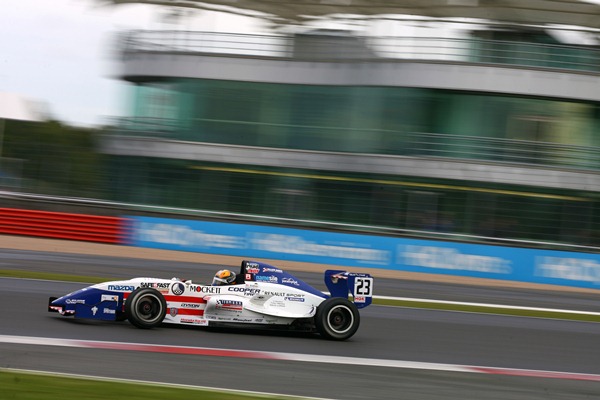 F1 and its teams, perhaps working with American sponsors, need to provide something like the Team USA Scholarship to offer the chance for American youngsters with an eye on F1 to come and race in GP3 for a season. That will then provide them with a platform to follow a path to F1, which currently they don’t have.

As Daly pointed out, an American driver fighting at the front in F1 would do wonders for the level of support in the States. There’s no reason why an American can’t be good enough, but the chances of it actually happening will be slim for as long as US drivers don’t make the move to Europe.