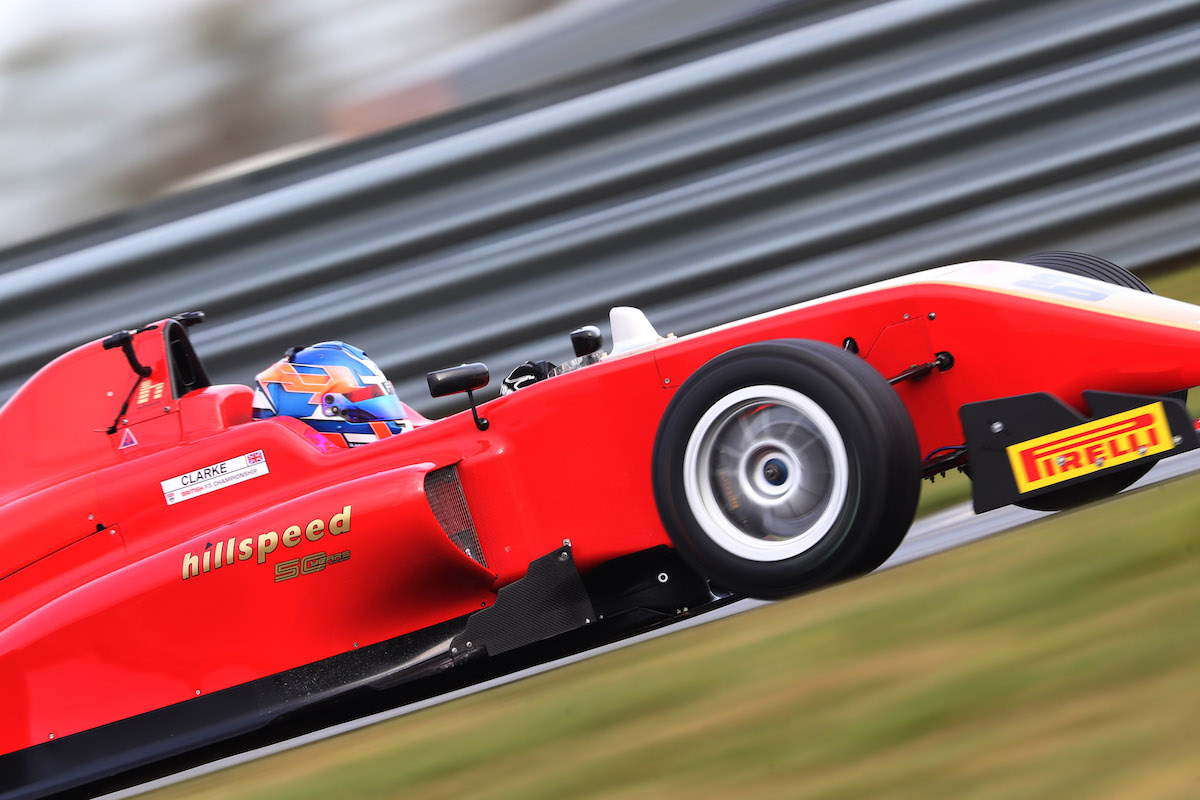 Hillspeed has expanded its line-up for the GB4 season finale to include its former BRDC British Formula 3 racer Oliver Clarke.

The 19-year-old spent two years in United States Formula 4, although only contested the opening two rounds of the 2019 season with Velocity Racing Development and took a best result of fifth at Road Atlanta.

He then tested with Hillspeed in British F3 before debuting in the series in 2020. Clarke came eighth in the standings with two podiums, and has not raced since. Now he returns to F4 to be team-mate to GB4 title contender Max Marzorati.

“I’m buzzing to be back racing, especially with the Hillspeed guys, and looking forward to doing my bit in trying to help win the GB4 teams’ championship,” said Clarke.

“When I tested the car at Donington Park I was quick out of the box, even though I’ve been on the sidelines for some time, so I’m feeling pretty confident we should be able to challenge up at the front.

“I always aim to do the best I can and it’s a big weekend for the team, so hopefully I can play a role there and bring some silverware back for Hillspeed. Qualifying will be important, as ever, but I do like the Grand Prix track at Donington so I’m confident we should be able to start strongly and build from there with a really strong team effort.”

Clarke will be one of three Hillspeed drivers at Donington Park, with the team’s line-up completed by Megan Gilkes.

Hillspeed team principal Richard Ollerenshaw said: “It’s fantastic to have Ollie back in the team as we make a big push for the teams’ championship title in GB4 this weekend.

“We all know what an outstanding talent he is from his time with us in BRDC British F3, and when he tested with us in the GB4 car last month he was immediately on the pace and very comfortable with the car and the team.

“It’s a huge weekend for Hillspeed, the finale of GB4 and GB3 and all at our home track. Max is obviously battling hard for the GB4 driver’s title and we go into Donington leading the teams’ standings. Ollie’s involvement will be incredibly important as we look to try and win both GB4 championships.”

Clarke is one of several additions to the GB4 grid for this weekend’s title decider, as drivers evaluate moving into the series full-time in 2023.