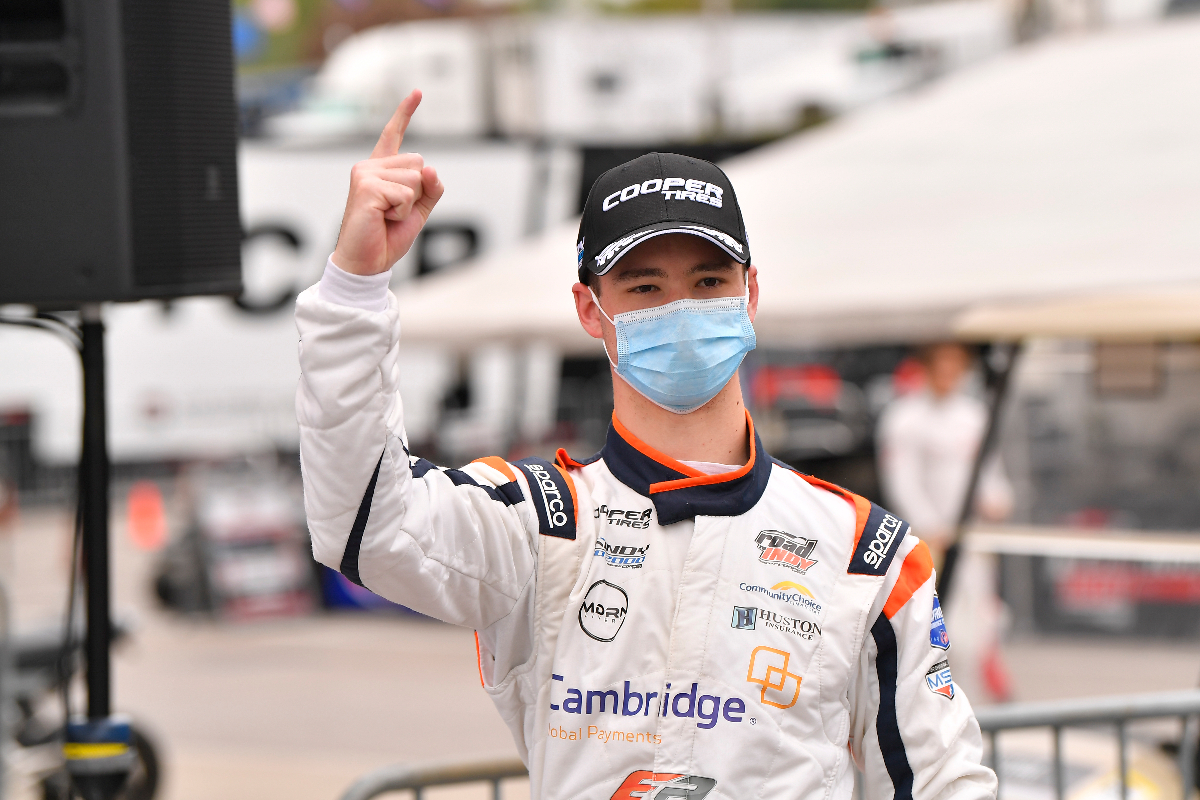 Exclusive Autosport’s Braden Eves took pole position for the first Indy Pro 2000 race of the weekend in St. Petersburg in a session split by a lengthy red flag stoppage.

Eves, who also topped free practice, set his fastest lap early in the 20-minute session and was the only driver to go below 1m09s.

Pabst Racing’s Hunter McElrea held second in that early period, some three tenths slower than Eves and a tenth ahead of Eves’ team-mate Artem Petrov.

Like in the USF2000 session immediately before, there was a red flag as the session approached the halfway mark. A multi-car collision occurred between Hunter Yeany (Velocity Racing Development), who had just emerged from the pits, Enzo Fittipaldi (RP Motorsport/Andretti Autosport) and Jack William Miller (Miller Vinatieri Motorsports) at the fast turn 3.

However, with tyres and brakes not up to optimal temperature, only Miller managed to go quicker and that was after his early personal best had been deleted due to the crash.

Miller and Fittipaldi fill the eighth row of the grid, while Yeany did not set a single lap.