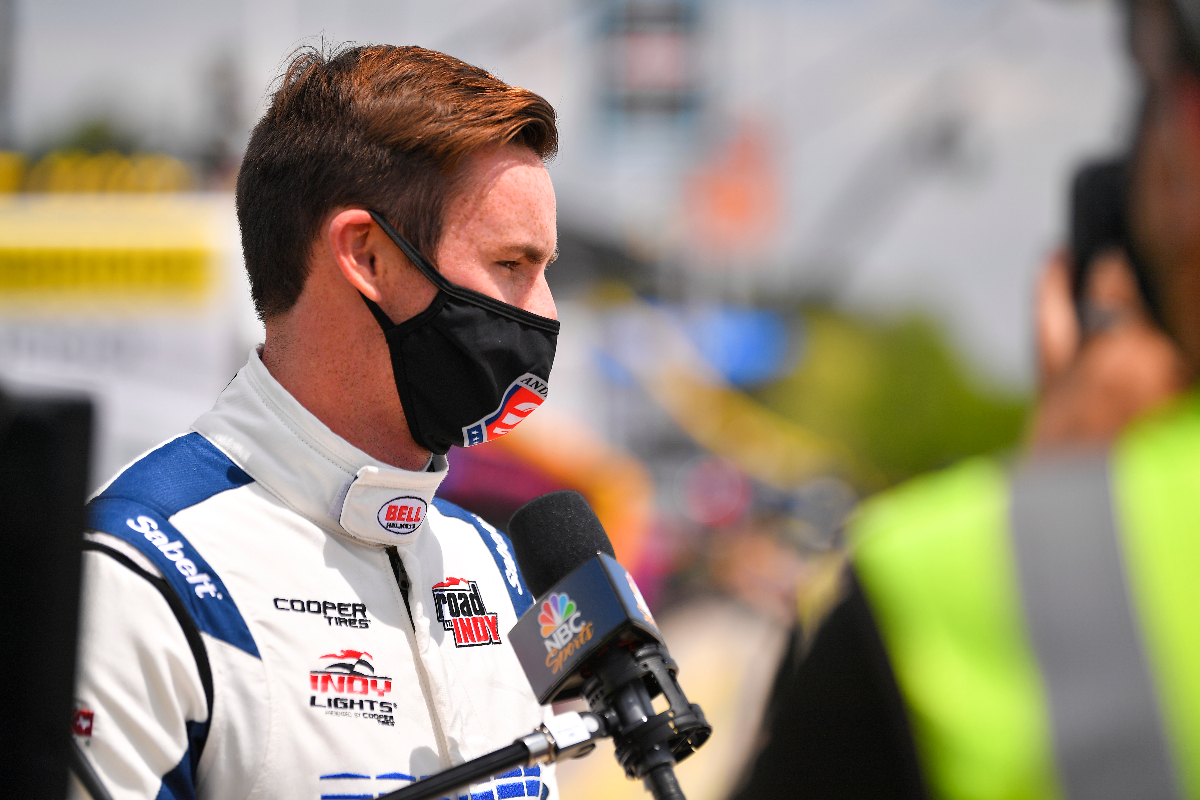 The top spot in the 30-minute session ebbed and flowed throughout between 2019 Indy Pro 2000 champion Kirkwood, his team-mate Danial Frost and HMD Motorsports’ David Malukas.

Kirkwood snatched top spot from Malukas by 0.0800 seconds with five minutes to go, and not long before proceedings came to an early end after Carlin with Jay Howard Driver Development’s Alex Peroni got sideways at the slowest corner on the circuit – turn 8 – and was unable to correct it in time before hitting the barriers.

He was then clipped by Andretti’s Robert Megennis, albeit without a substantial amount of damage to his car.

Peroni took seventh despite losing his fastest lap for causing the session-ending red flag, ahead of Lundqvist’s team-mate Benjamin Pedersen.

Pserra Racing’s Antonio Serravalle and HMD Motorsport’s Nikita Lastochkin round out the top 10, with Juncos Racing duo Toby Sowery and Sting Ray Robb on the sixth row, less than a second from pole.

The second Carlin entry of Christian Bogle was 13th and slowest, although very much still in reach of the pack in front.