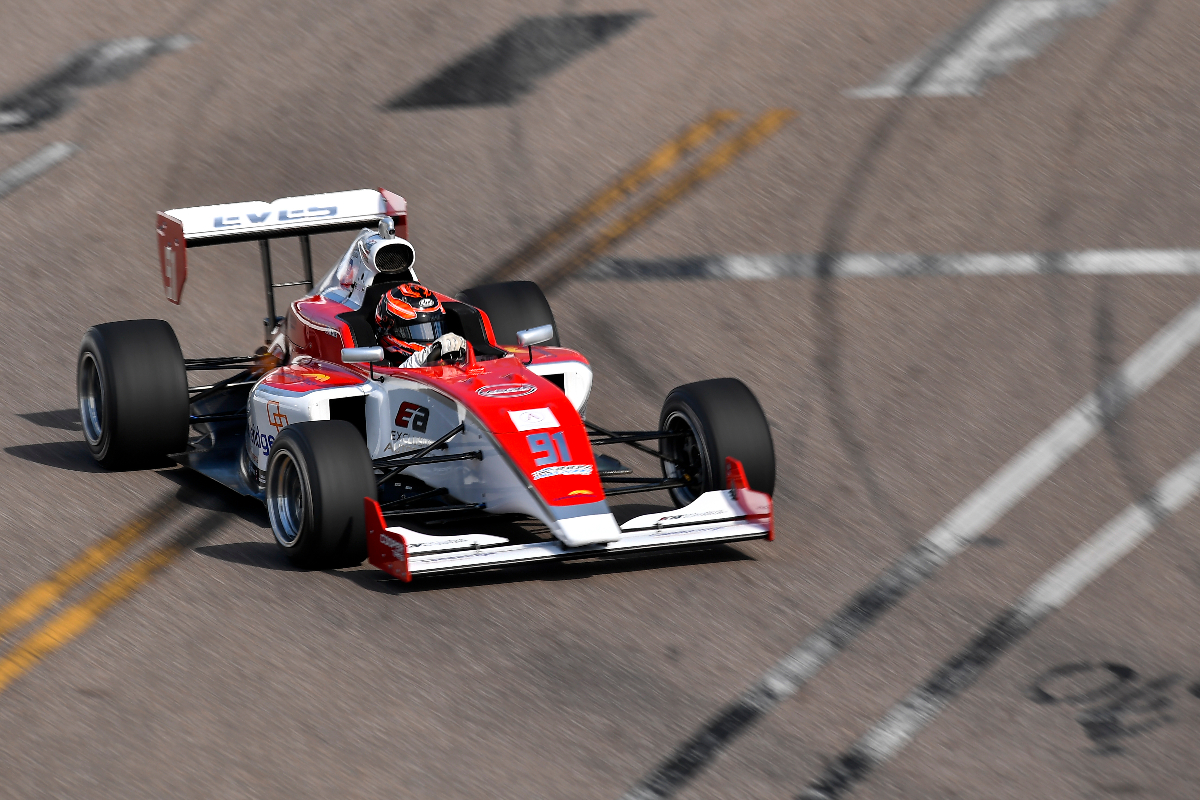 Eves started the 25-lap race from pole and was opening up a small gap in the early stages as Pabst Racing’s Hunter McElrea found himself under pressure from Eves’ team-mate Artem Petrov.

As the pair squabbled, reigning USF2000 champion Rasmussen was able to get by Petrov. He then pushed and worked his way past McElrea and started to make inroads into Eves’ 1.5-second lead.

As the race hit its halfway mark, the sole caution period occurred after Velocity Racing Development’s Hunter Yeany had an issue at turn 10.

Once green flag racing resumed shortly after, Rasmussen applied pressure on Eves and had a couple of significant looks – namely into the first and fourth turns – but was unable to find a way past.

Eves won the race by just 0.3519s ahead of Rasmussen, with McElrea and Petrov close behind.

DEForce Racing’s Cameron Shields finished two laps down after not mking the start as a result of mechanical issues, and Abel Motorsports’ Jacob Abel met the chequered flag five laps down after clipping the walls early on.