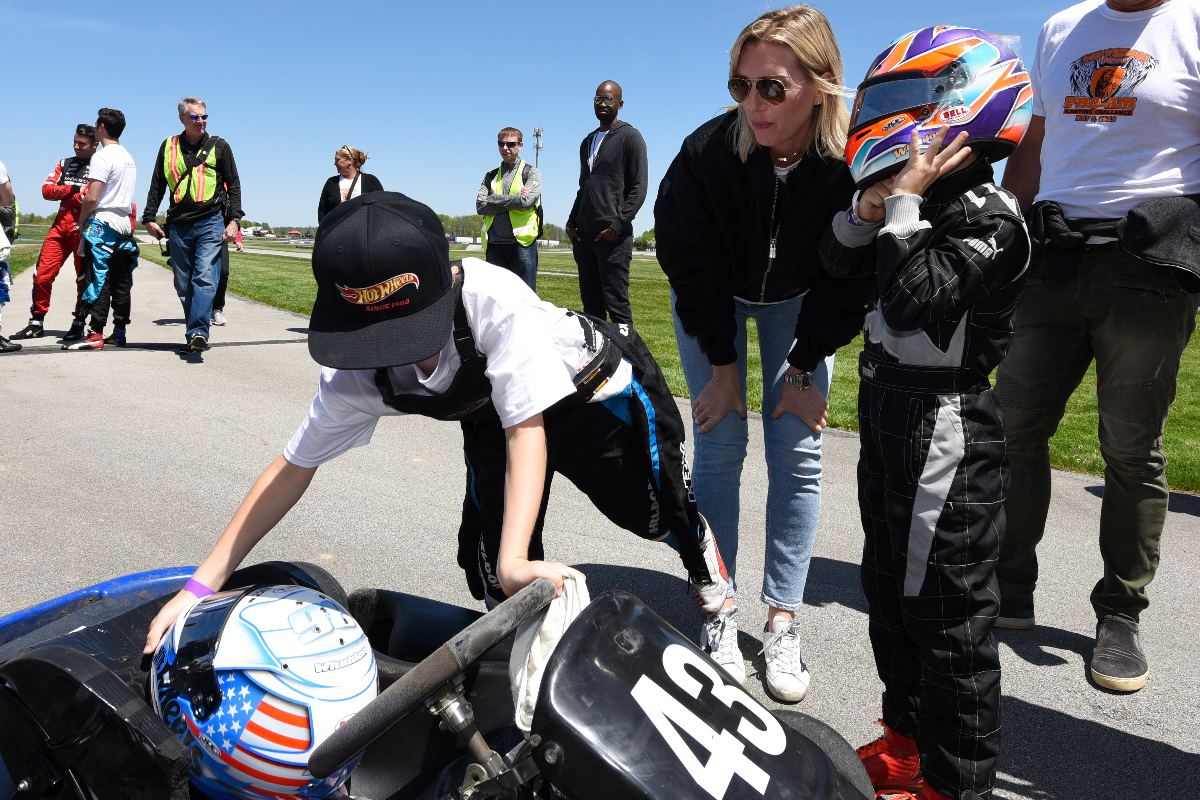 Andretti Autosport has announced that the sons of the late Dan Wheldon, the 2005 IndyCar champion, have joined its young driver development programme.

Wheldon came second in the Formula Ford Festival, became a USF2000 champion and was title runner-up in Atlantics and Indy Lights on his way up the junior single-seater ladder, before establishing himself in IndyCar.

The Briton was champion by his third season, and raced in the series full-time until 2011 when he won the Indianapolis 500 on his first race start of the year and then sadly lost his life in a crash on his series return in the season finale.

His American-born sons Sebastian, 12, and Oliver, 10, have since embarked on karting careers and will be competing at a national level in the United States this year. The younger of the two won last year’s Florida Winter Tour in Micro ROK karts.

As part of their new Andretti junior roles they will be guided by Andretti team boss Michael Andretti, who signed their father to his IndyCar team in 2003 and was with who he won his title with. The team now also competes in Formula E.

“Dan was family to us, and we had a lot of on track success together, we see a lot of Dan in both Sebastian and Oliver and are very proud to officially welcome them into our racing family,” said Andretti.

“No one will ever be able to replace Dan in their lives, but we’re happy to offer a network for mentorship to help the boys grow their careers.

“Karting is the first step, but we have hopes of helping foster promising Road to Indy, and eventually even IndyCar opportunities.”

Sebatian Wheldon said “I’m really excited to be a junior driver for Michael Andretti and follow in my dad’s footsteps” and hoped “Oliver and I can both win the Indy 500 too”.

Andretti already has a presence in junior single-seaters with a three-car team in Indy Lights, in addition to an entry for ex-Chip Ganassi Racing junior Devlin DeFrancesco that is co-owned by George Steinbrenner IV, while in Indy Pro 2000 it co-runs RP Motorsport driver Enzo Fittipaldi.

Kyle Kirkwood, one of its Indy Lights drivers, also has a junior role with Andretti that has included testing in FE and representing the team in IndyCar’s official Esports series with a long-term aim of him racing for Andretti in IndyCar for real.