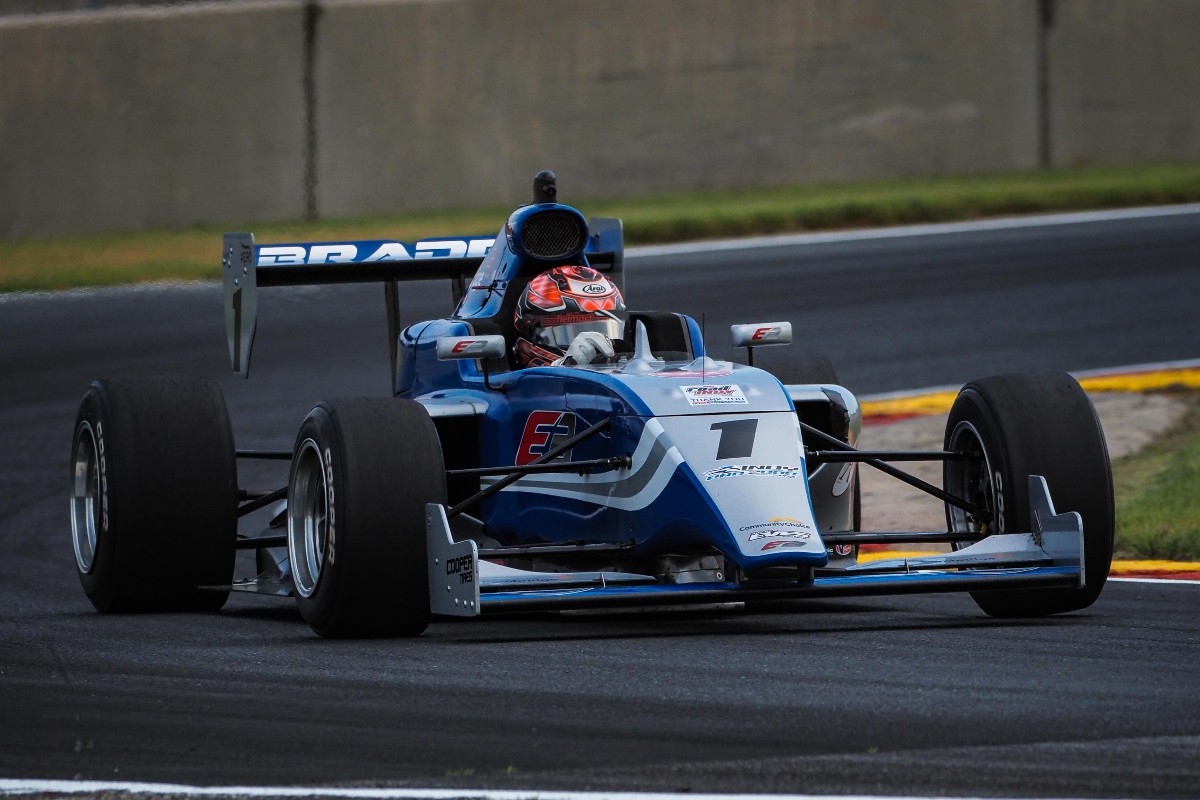 Race one ended up belonging to Eves and McElrea, with the pair pulling away by a huge margin. The chances of a late battle for a win between the two ended though when McElrea spun out when confronting lapped traffic.

This promoted Esterson back to second, over five seconds behind Eves, with another five seconds back to Clark in third. Turn 3 Motorsport’s Josh Green was fourth, and a last lap fight earned Max Kaeser fifth place ahead of Andretti Autosport’s Devlin DeFrancesco.

The opening lap of the race included several spins, but it was otherwise a clean race by Esports standards.

Race two was not as drama-free, with reversed grid poleman Will Salisbury (from karting) being spun out at the first braking zone by Bryson Morris.

DeFrancesco moved into the lead ahead of Clark, Eves and Morris, and a huge crash exiting the famous Corkscrew corner knocked out a handful of cars and led to a full course yellow.

Morris was shuffled down the order before the end of the opening lap, with Esterson and Legacy Autosport’s Andre Castro moving into fourth and fifth until Castro was one of several drivers to pit at the end of lap two.

Green moved up to fifth as a result, and the top five then lapped together after the restart. Eves and Esterson pulled off strong moves to pass Clark on the restart lap, and they then shadowed DeFrancesco for the next few minutes.

Eves’ first attempt at passing DeFrancesco for the lead was at the outside of the first corner, and DeFrancesco used all the available asphalt to stay ahead. Next time around that tactic didn’t work as Eves tucked to the inside and as DeFrancesco swept back onto the racing line they made contact. That pushed them into Green, whose out-of-control car then took out Clark.

Esterson now led as a result, with Eves then holding off a pack of cars that had been furter back. Leading those was Sowery, who had started at the very back of the field, and after passing Eves he set off in pursuit of Esterson. On the final lap he was close enough to pass the championship leader and take an unexpected win, while far behind Castro, Morris and Eves completed the top five.