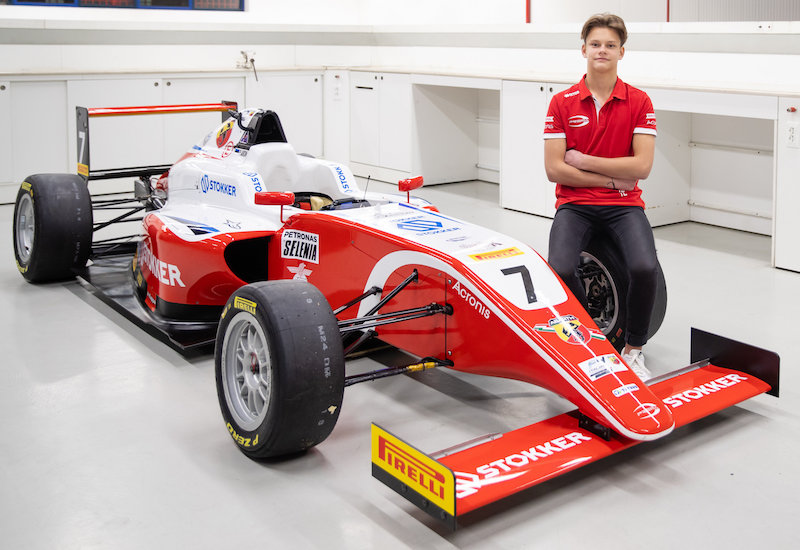 The Estonian, who turned 15 in February, will contest the full Italian championship as well as selected rounds of the German ADAC series.

He follows in the footsteps of his older brother, who won the Italian F4 title with Prema in 2015 and also scored all five of his European Formula 3 victories with the team.

“I am delighted to join Prema Powerteam for my first year in single seaters and in Formula 4 competition,” he said.

“Last year I had a really successful season in karting, and looking forward to doing the same in car racing, Prema felt like the best option to carry on that winning path in Formula 4 too.

“I already got some insight into the team and series thanks to my brother. It would be great to continue following his footsteps and I cannot wait for the start of the season.”

“Our line-up for the upcoming Formula 4 season is almost complete and we are looking forward to working with Paul,” said Prema boss Angelo Rosin.

“It is always great to work with someone with such a great pedigree in karting, and although there will be a lot of new things to learn, we think he will gel with the team very quickly, becoming an immediate threat for the other frontrunners.”

Aron’s move into single-seaters will be overseen by the Peak Performance Management setup established by former Estonian star Kevin Korjus together with Matt Parry, who already looks after another Prema driver Olli Caldwell.