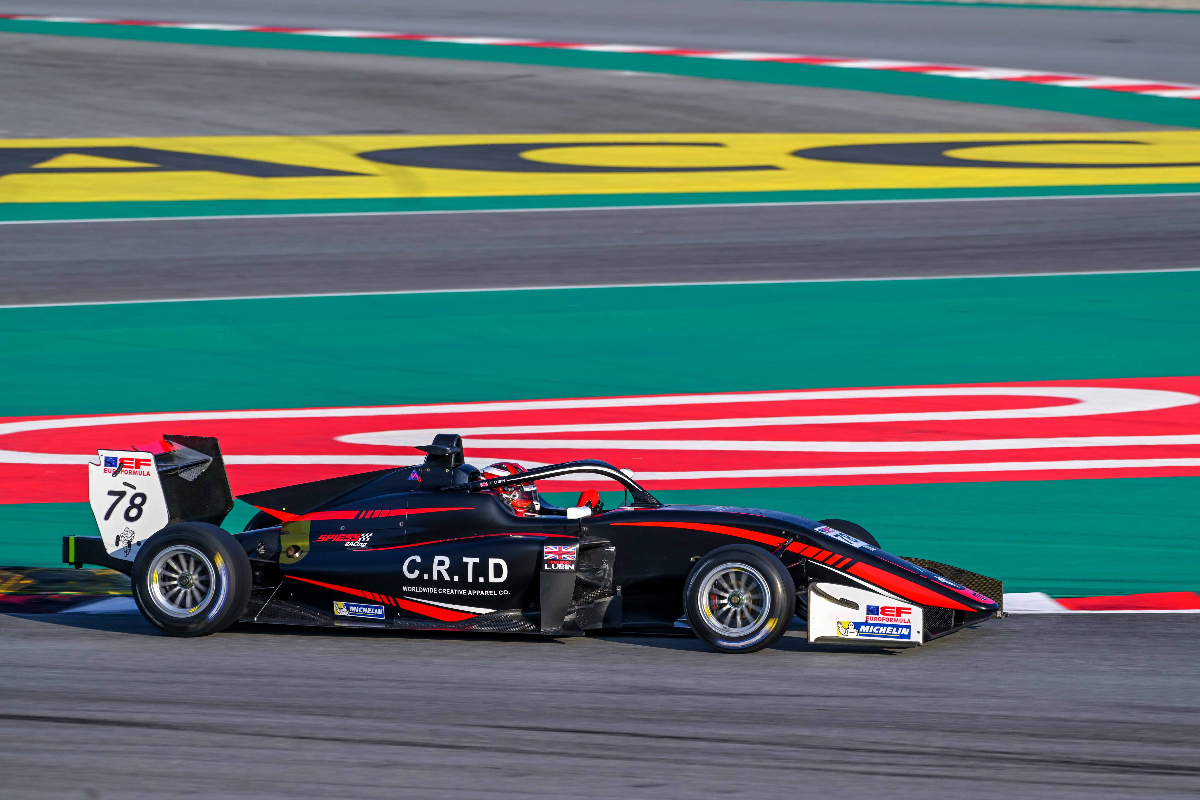 Motopark’s Frederick Lubin took his first Euroformula victory in the series’ final race of 2022 at Barcelona.

The Briton’s win was set up by a strong move around the outside of reversed-grid poleman Vlad Lomko at turn one on the opening lap, and after an early safety car period he then kept Lomko at bay before pulling away slightly in the final laps as Lomko came under pressure from champion Oliver Goethe.

Josh Mason was the unlucky driver who was the cause of the safety car interruption, being run off track by Oliver Goethe at the uphill turn eight on lap one and then being spun into the barriers at turn two a lap later.

The initial incident dropped Mason from third to fifth, then the second occurred as BVM Racing’s Francesco Simonazzi tried passing him around the outside of turn one. Although Simonazzi stayed on track, by running over the turn two kerbs he then slid into Mason and it led to him spinning around.

Simonazzi copped a drive-through penalty for the clash and it meant he was on course to finish a distant last place. Initially that was seventh, as Effective Racing’s Vladimir Netusil did not start the race, and then became sixth when Drivex School’s Ayrton Simmons came to a stop with two laps to go of a race that had been extended by two laps due to the safety car period.

Between the podium finishers and Simonazzi was Christian Mansell and Alex Garcia.