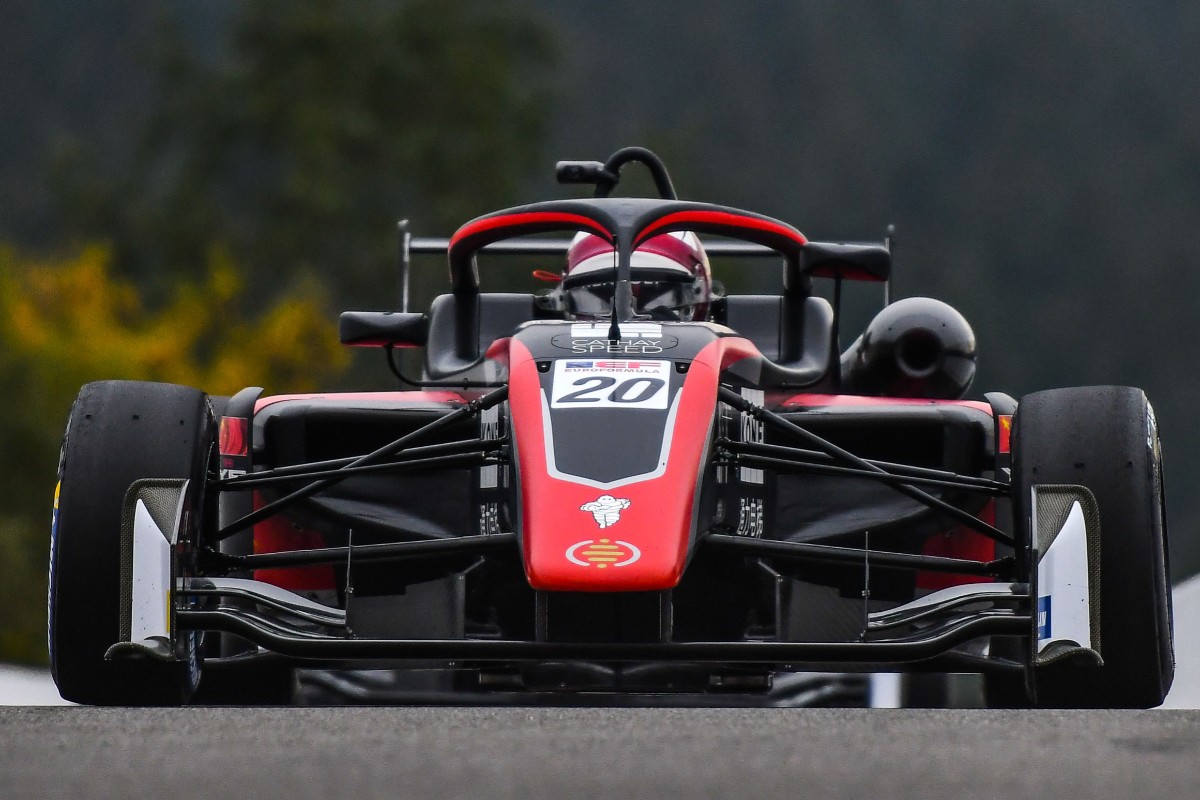 Yifei Ye won out in a duel against CryptoTower Racing Team team-mate Lukas Dunner to win the opening Euroformula race at Spa-Francorchamps.

Poleman Dunner made a strong start to lead into La Source, but that left him vulnerable to the slipstream effect down the long Kemmel Straight and Ye was through into the lead before they reached Les Combes, with drivers going three-wide behind them.

It took a few laps for Dunner to come back at Ye, trying the ouside line at Les Combes. He attempted the same move several times, with Ye always moving to the inside to defend and then braking later to hold the lead.

On one occassion that didn’t quite go to plan, with Dunner hanging it around the outside and then having to cut across the chicane to avoid the chance of a clash between the pair. Dunner emerged in the lead, and held the position until the start of the next lap when he let Ye past at the exit of La Source.

He handed the lead back too early though, as the slipstream he gained down the Kemmel Straight wasn’t enough for him to attempt a move for the lead. Despite a few right-rear lock-ups at Bruxelles, Dunner kept with Ye through to the end but had to concede victory to his team-mate.

Motopark’s Niklas Krutten was set for third after shadowing the top two in the early laps, but was hunted down by Carin’s Zane Maloney and Ido Cohen late in the race and ended up colliding with Maloney at the final chicane on the last lap.

Das’s team-mate Manuel Maldonado put in some exciting overtakes to finish sixth, while Double R Racing’s Louis Foster and Benjamin Pedersen shone on their series debut to finish seventh and eighth, having battled further up the order early on.

Pedersen was briefly in contention for fourth place after a flying start to the race, but his pace faded compared to the Motopark drivers.

VAR’s Sebastian Estner and Drivex School’s Glenn van Berlo rounded out the points, with van Berlo coming from a pitlane start to continue his scoring run. His debuting team-mate Matthias Luethen elected not to start the race.

Krutten crossed the line in 12th, while Maloney stopped his car before the finish.