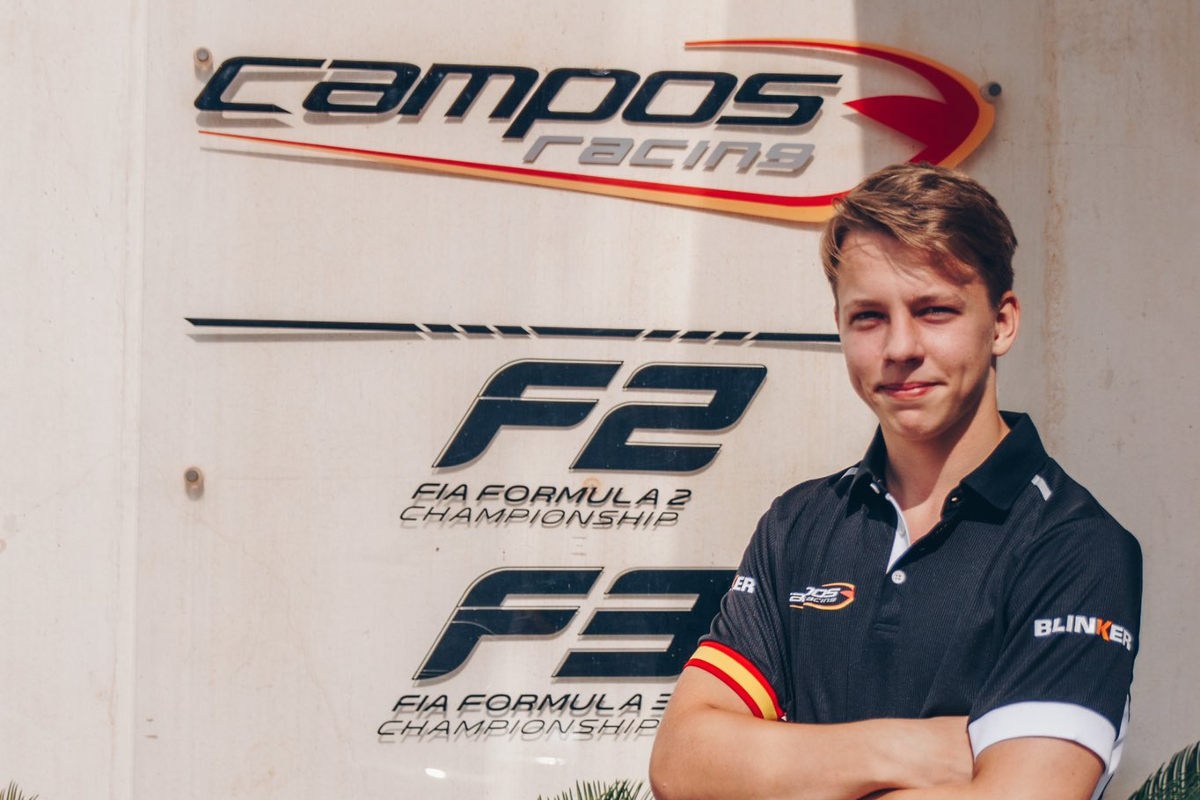 Goethe has won eight races out of 14 as a Euroformula rookie this year with the dominant Motopark team, having stepped up from Formula Regional where he struggled to score points in the Asian and European championships.

He replaces Yeany due to the American breaking his left wrist during a clash in the the last F3 round at the Red Bull Ring. His arm only came out of a cast after two-and-a-half weeks, by which point he should have already been preparing to race in Hungary were he able to.

“We wish Hunter a speedy recovery and a strong debut for Oliver in FIA F3,” Campos announced on Tuesday (July 26), with Goethe joining David Vidales and Pepe Marti in its line-up.

“I’m extremely excited to make my FIA F3 debut this weekend with Campos Racing,” said Goethe. “I can’t wait to try out the car and compete amongst the best. It’ll be a great learning experience and I will make the most of it.”

Goethe was racing at the Hungaroring only a few weeks ago in Euroformula, claiming a victory and a third place at the circuit. The Dane intends to move across to FIA F3 full-time in 2023, not feeling ready yet to step up to Formula 2 as Euroformula’s recent champions have, and he is not expected to remain at Campos for the Spa-Francorchamps round at the end of August as Yeany is anticipated to be ready to return to racing by then.

The next Euroformula round is at Imola on September 2-4, and FIA F3 drivers may join the grid for one of the two final rounds once their season concludes.