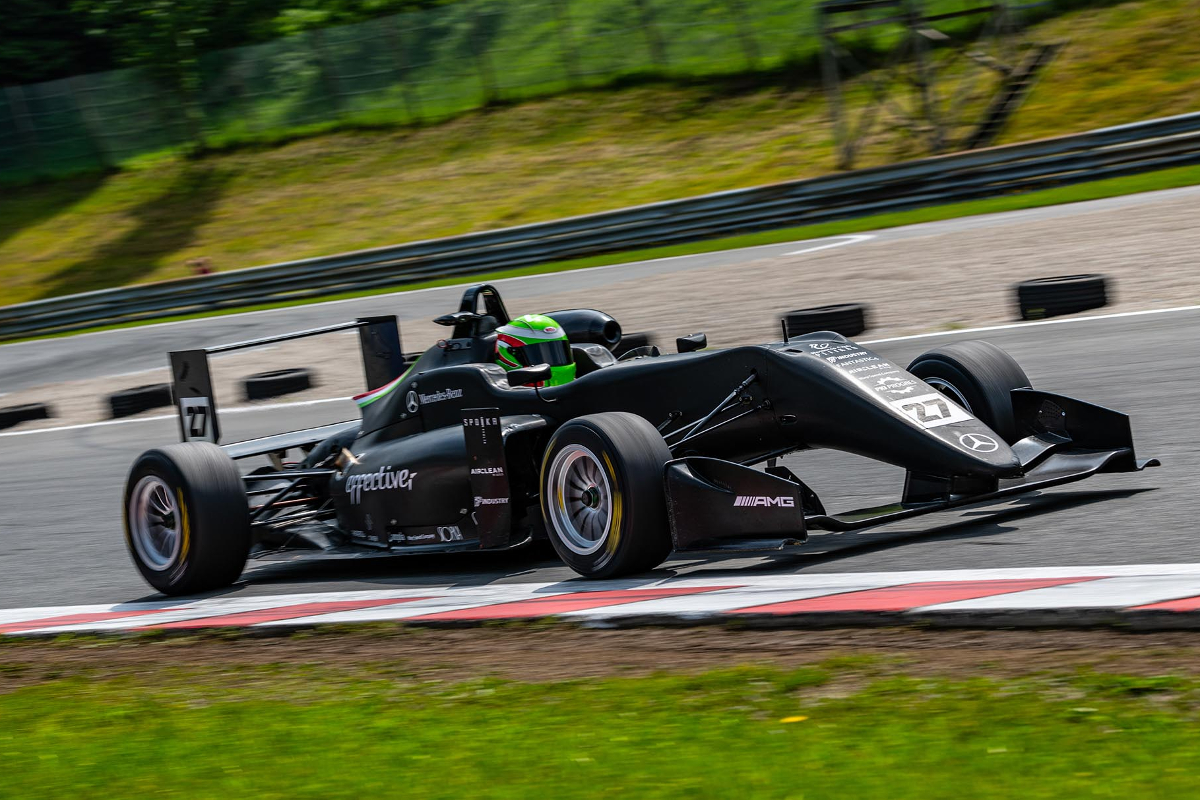 Czech team Effective Racing has announced it plans to enter Euroformula this year with a single HWA-powered Dallara 320.

The team was created in 2016, starting off in Formula Renault 2.0 then moving into Formula 3 in 2019 with its driver Vladimir Netusil and a Dallara F312 that was eligible for ‘F3 Open’ class honours as being from 2012 or later.

Netusil, aged 39 and coached by GP2 race-winner Josef Kral, will race for the team in Euroformula.

“We are very happy to join the Euroformula Open,” said Netusil. “This is a very big move for us, and we have to stay very humble at the beginning, but it’s a long-term move. We want to grow and establish ourselves in Euroformula as one of the core teams, and aim at being able to field more than one car.

“For me as a driver, this will be my first season at the top level of F3 racing, it is going to be a big challenge and I know that the young guys racing in the Euroformula come from very high-level backgrounds. The first season will be a season to learn, with no big expectations and the sight placed on the second season.”

In Austria’s long-lived open formula championship Netusil made a single race-winning appearance in the FR2.0 class at Brno in 2018, and as a F3 Open class driver made the overall top five there in 2020. He topped the 2021 F3 Open points and while only two class wins came against opposition, he won overall twice at the Salzburgring and at Brno.

Netusil has also competed in the Czech Republic’s ‘L21′ formula series on the ESET Cup bill. Like the Austrian F3 Cup, it is open to multiple single-seater categories and has an international calendar.

He began there in 2017, coming eighth overall and fifth in the F3 Trophy class his FR2.0 car was in. A best overall result of fourth came at Most, where he also got his best class results with two runner-up spots. He made the class podium four other times.

In 2018 he came third in class and 23rd overall in the series, finishing no higher than 13th but with four class podiums. That same year he was sixth in the FIA Central European Zone F3 series’ E2 class for FR2.0 and Formula Masters cars.

When he returned to ESET Cup in 2020 he drove his F312 and twice reached the overall podium, then last year raced in a Dallara F318 – after upgrading cars halfway through his Austrian season – and won at the Slovakiaring and Brno to be overall title runner-up as he was not eligible for any class honours.

Jaroslav Kostelecky, winner of the 2002 Austrian F3 Cup, will lead the technical side of Effective’s entry into Euroformula which begins with Dallara converting its F318 into a 320. The Prague-based team will also be active in karting in 2022.

Euroformula’s chief executive officer Jesus Pareja commented that Effective’s arrival will “strengthen the booming of motor racing in Central Europe” as the region gets its own Formula 4 championship this year too.