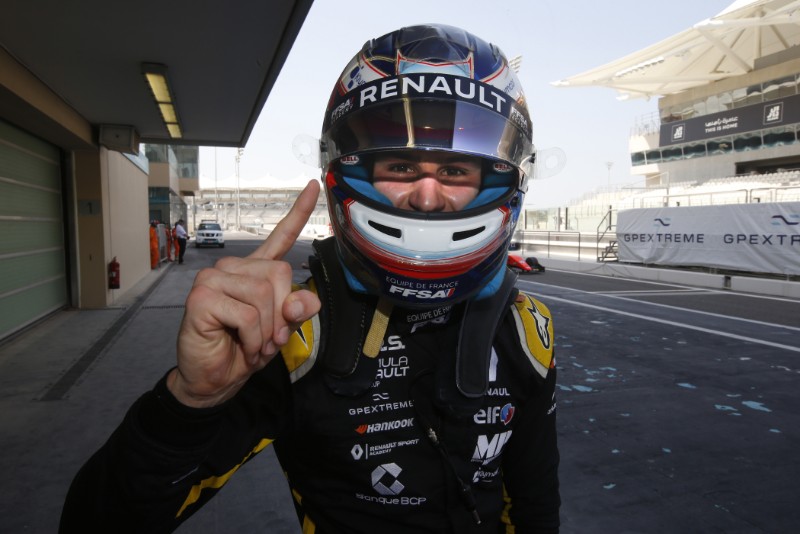 Former Renault Formula 1 junior and Formula Renault Eurocup runner-up will stay in the series for a third season with the returning ART Grand Prix team.

Martins won six races and took nine poles in the Eurocup last year but narrowly missed out on the title with MP Motorsport, following a rookie season with R-ace GP where he won two races.

His failure to become champion resulted in the loss of the Renault backing that he had carried since finishing as title runner-up in French Formula in 2017.

“First of all, I would like to thank ART Grand Prix for placing its trust in me, because it is an extremely professional team with a persuasive record,” said Martins.

“My goal will be to exploit all the team?s resources to progress, learn and fulfil our common goal, which is to win the championship.

“It will be a win-win situation: I will give the team the benefit of my experience in the series and in the car as they return to the series in 2020.

“We will set up the best working environment possible to achieve great success and write a beautiful page in the history books that should allow me to climb the ladder even higher.”

ART is ending a 16-year absence from the Eurocup, and has Mercedes F1 junior Paul Aron and Gregoire Saucy lined up alongside Martins for its championship return.

The team’s president Philippe said: ?ART Grand Prix is keen to start our career in Formula Renault Eurocup with Victor because he has been one of the best drivers in recent years and his experience in this championship will be invaluable for the entire team.

“Without a doubt, our objective will be to aim for the title and enter the Eurocup Formula Renault Championship on the right foot while helping Victor continue his progression in the motorsport hierarchy.”